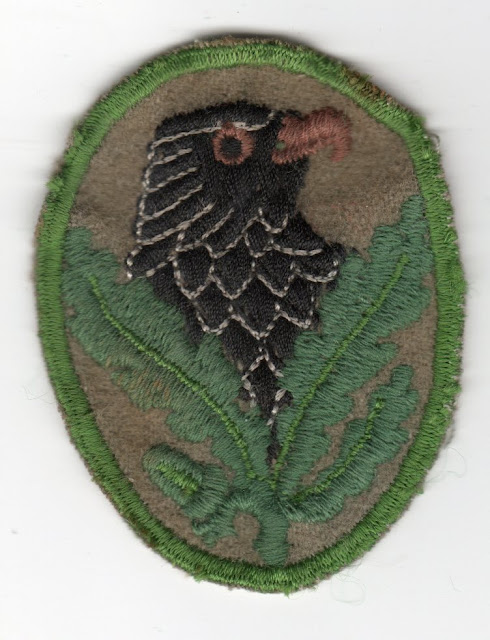 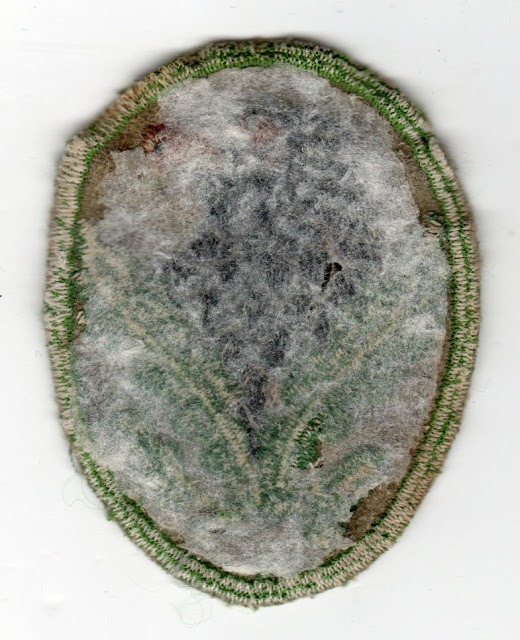 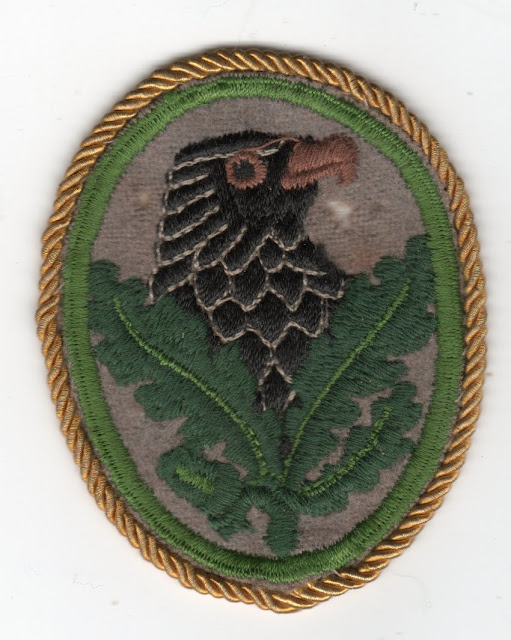 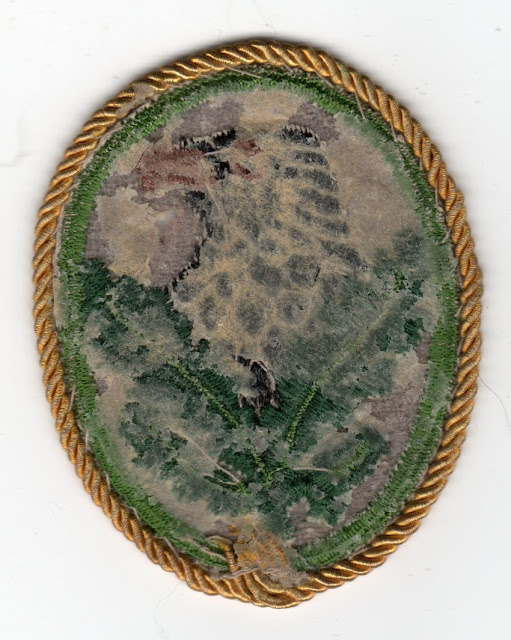 The Sniper’s Badge was instituted on 20th August 1944. Initially it was intended for members of the Army only, to distinguish marksmen who were designated as snipers. But was later extended to all eligible snipers regardless of service. The basic badge was identical in each of the three classes. It was oval and the base material was army green cloth.  Onto this was embroidered a black eagles head rising out of two green oak leaves formed in a V with a smaller leaf beneath to the right and a single brown acorn to the left. The body of the eagle is crossed with white cotton to resemble fletching while the eye and beak were executed in yellow cotton. The lowest 3rd class was plain on the outer edge. The 2nd class had a silver twist cord and an oval gold twist cord distinguished the 1st class.
In Daily order No. 11, 4th November 1944, it was stated, “In order to stress the importance of snipers, to appreciate their achievements and to stimulate the efforts of beginners to fulfil the conditions for the award of the Sniper’s insignia, the following decorations and privileges are established”.

After 70 kills: German Cross in Gold.

The badge was only awarded when no other award distinguished the skill. It was presented with a document and the details wee entered in the soldbuck. The badge was worn on the right sleeve positioned on the cuff above all other insignia. It was not authorised for wear on the great coat. 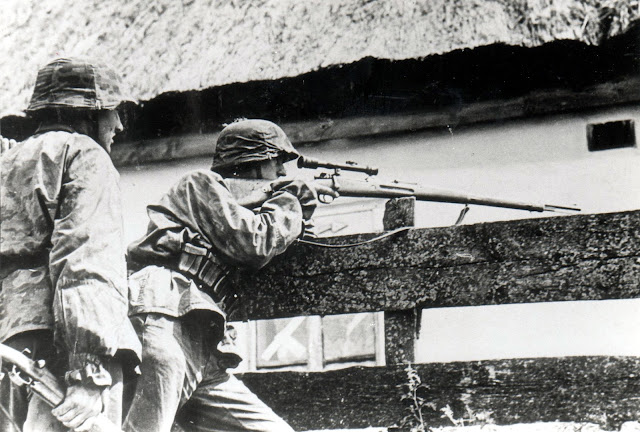 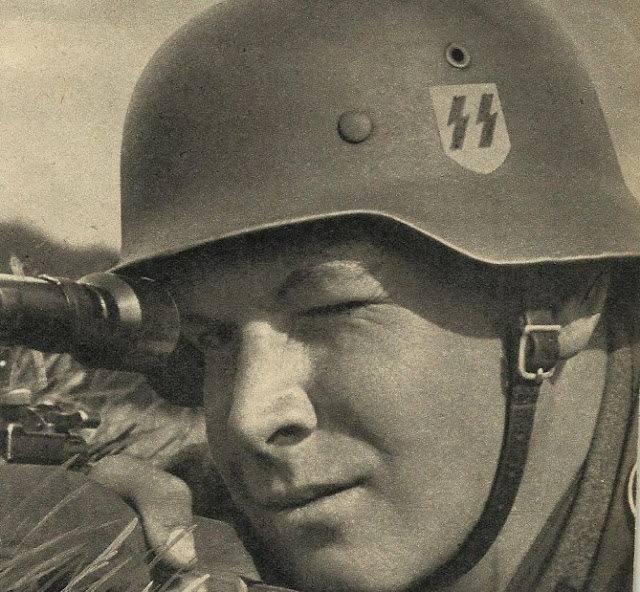 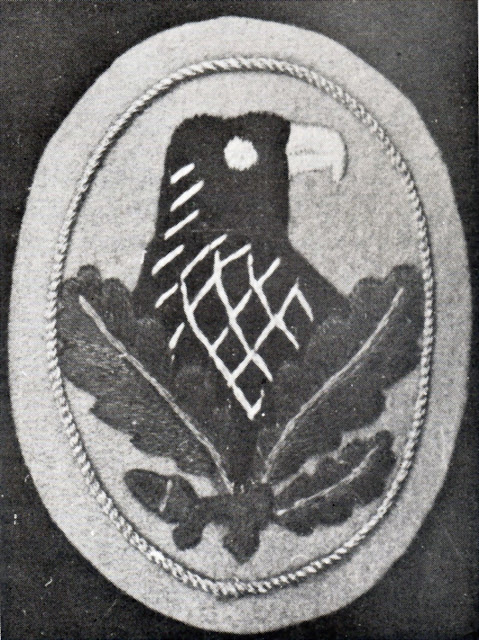 This form is that which was authorised by regulation of 1957. It takes the design of the original, the Swastika was not a part of the design, with subtle differences. This has been offered as original by some Dealers. The statement is not untrue, but dose not take into account the Birthday of the pieces. Having said this, these are very rare items in their own right. 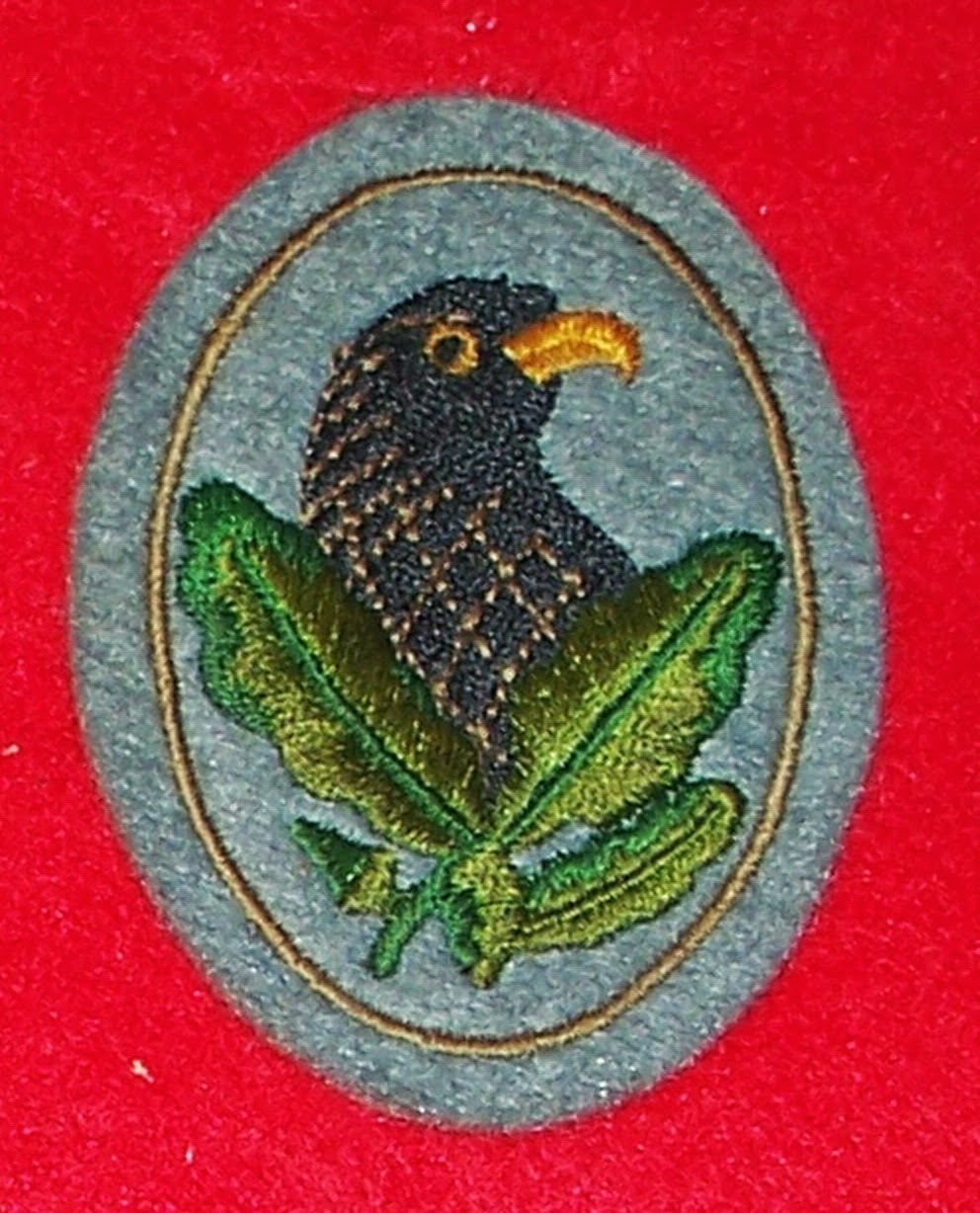 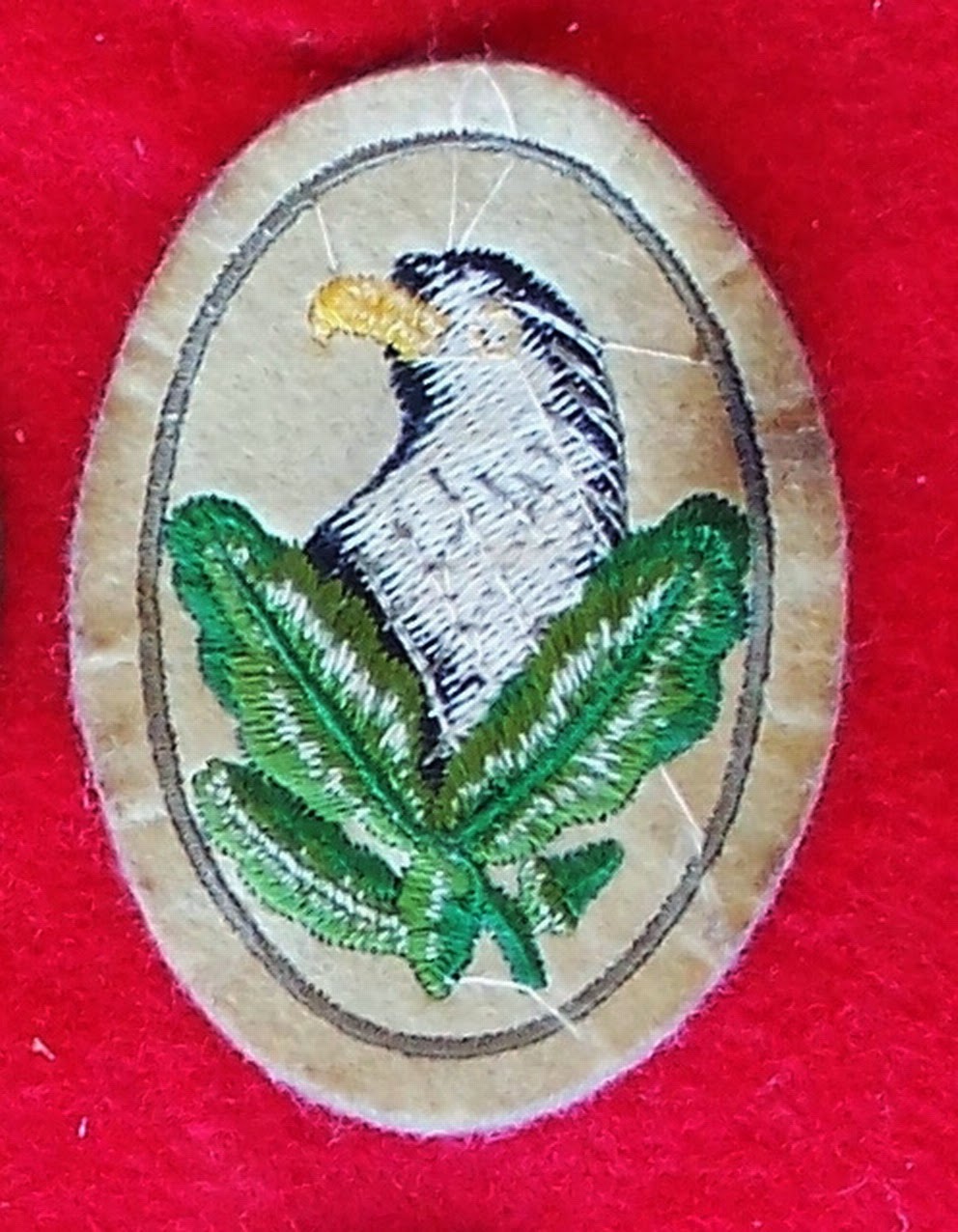 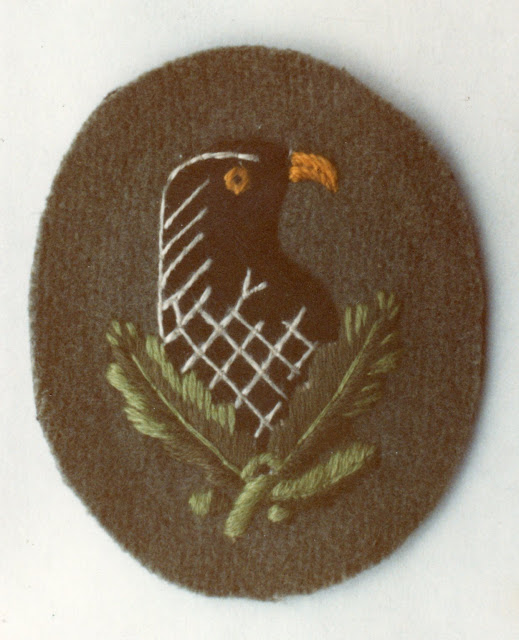 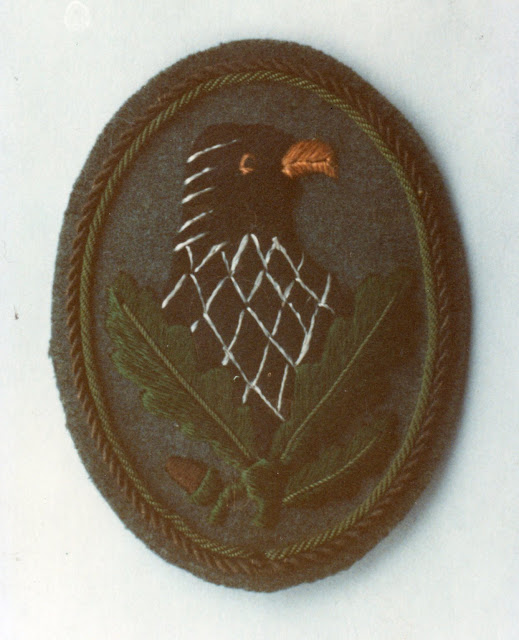 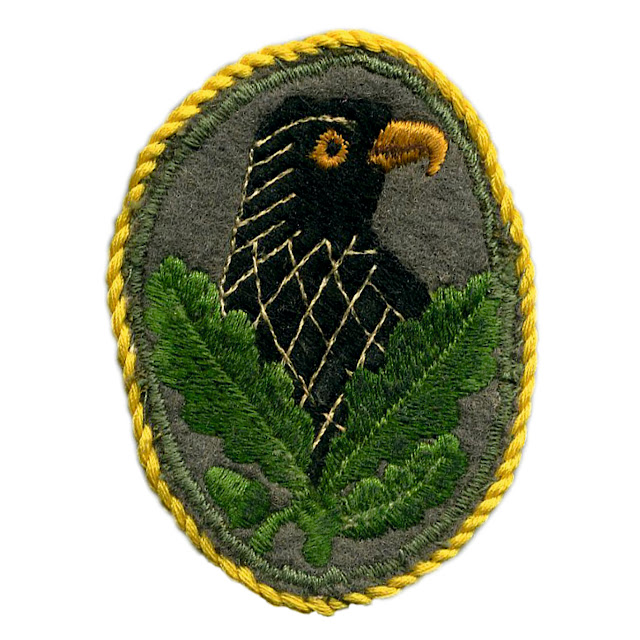 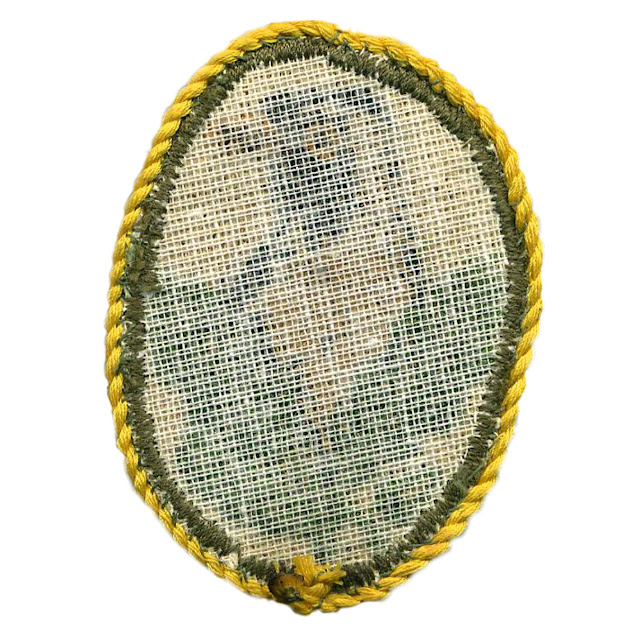 This is a convincing fake. The obverse is close, but the gold cord is of modern synthetic construction. The reverse clearly shows the imperfection, the netting is quite uncharacteristic of the reverse of an original. 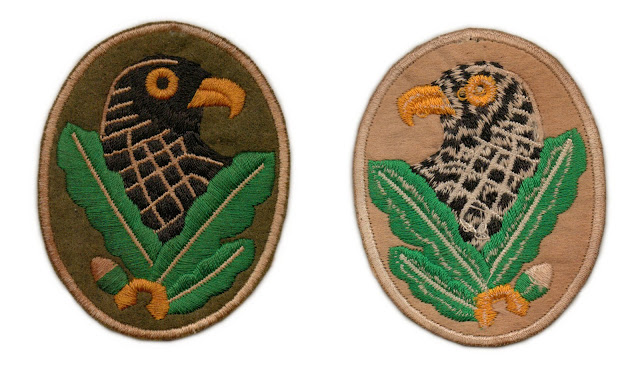 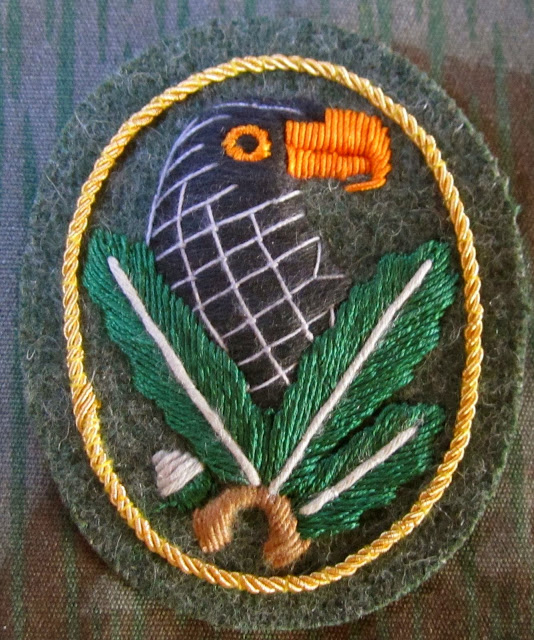 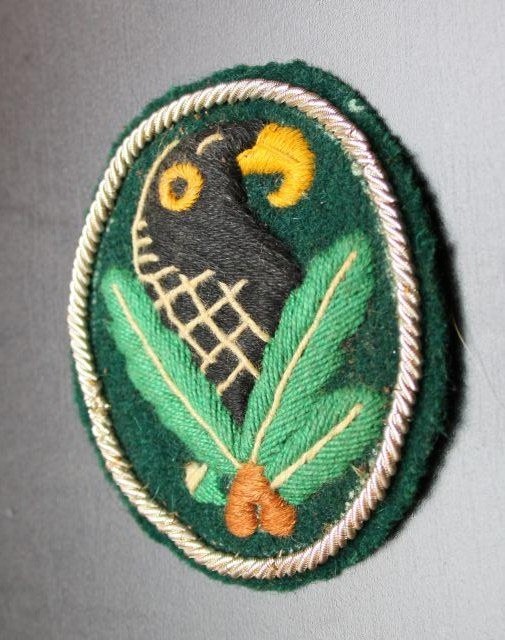 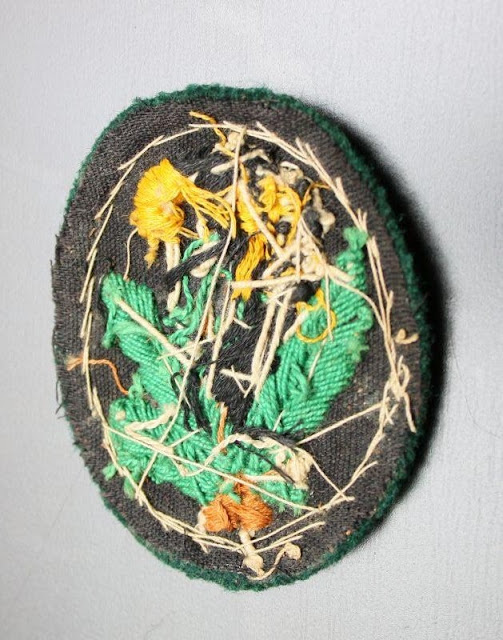 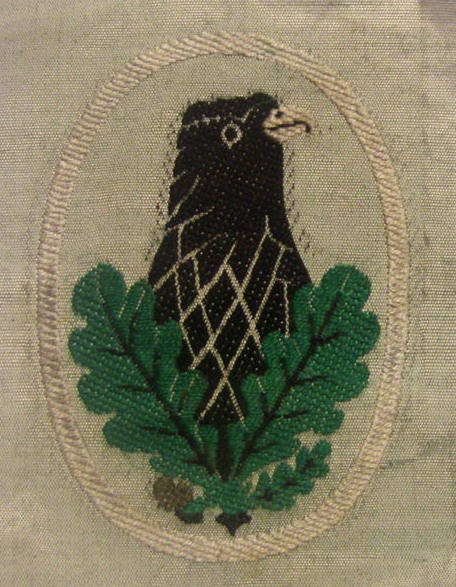 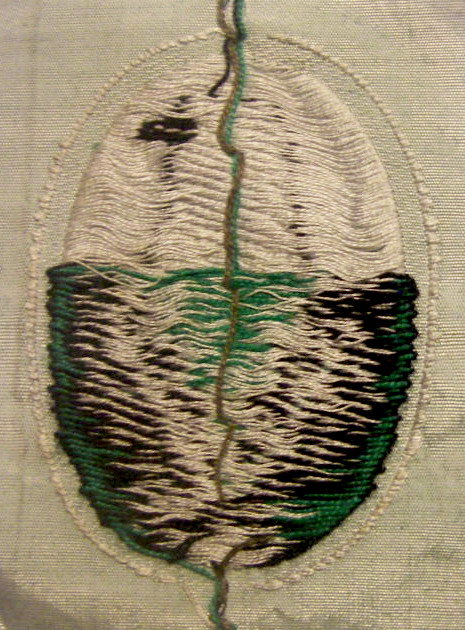 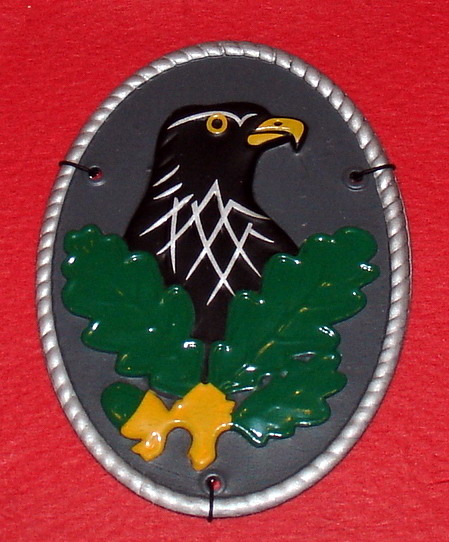 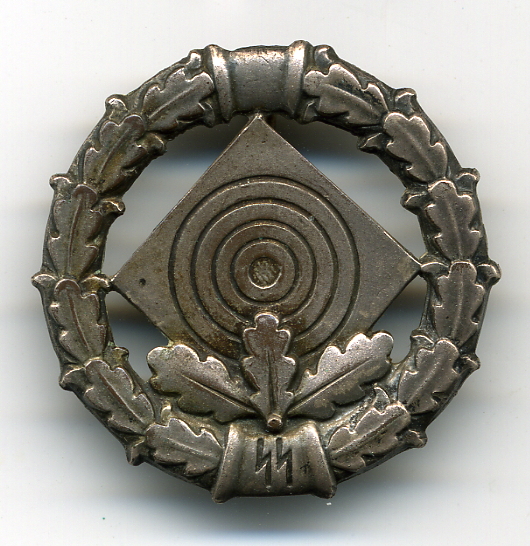 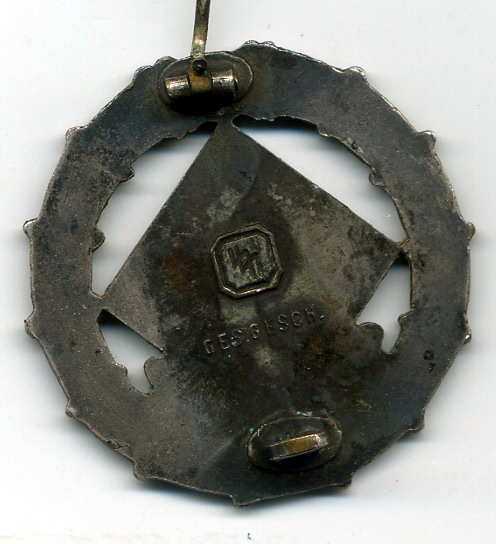 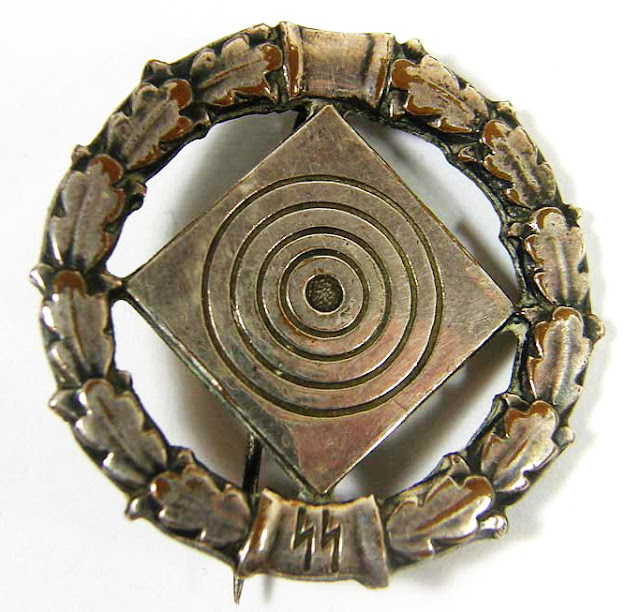 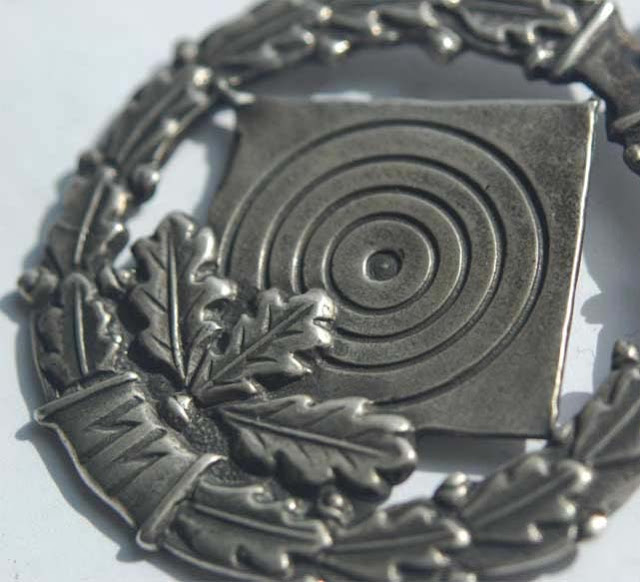 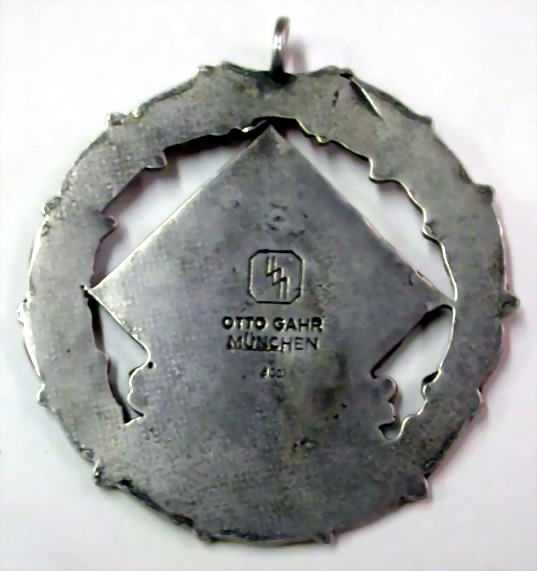 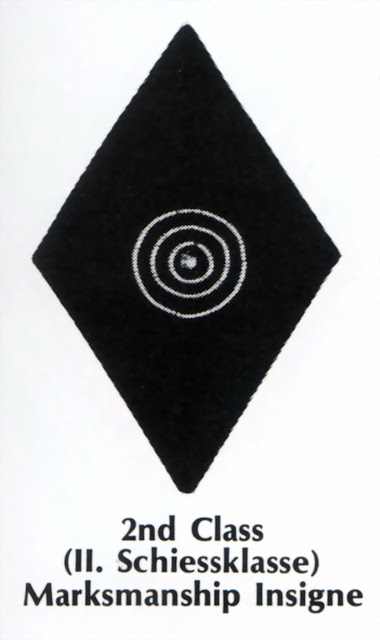 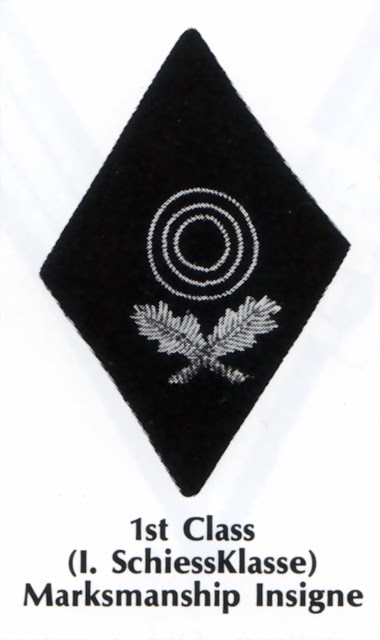 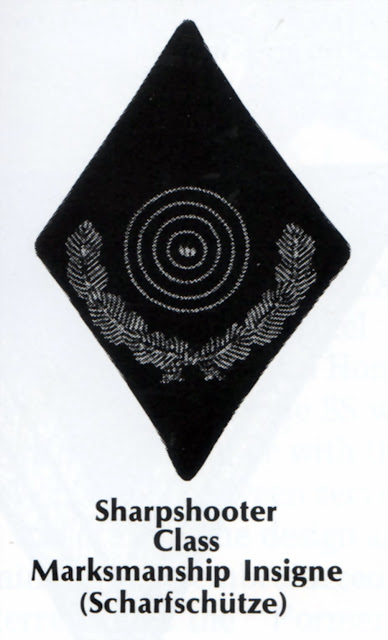 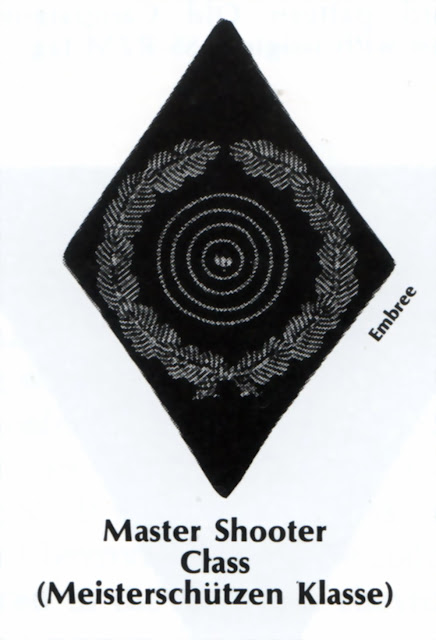 Posted by Christopher Ailsby at 09:03 No comments: