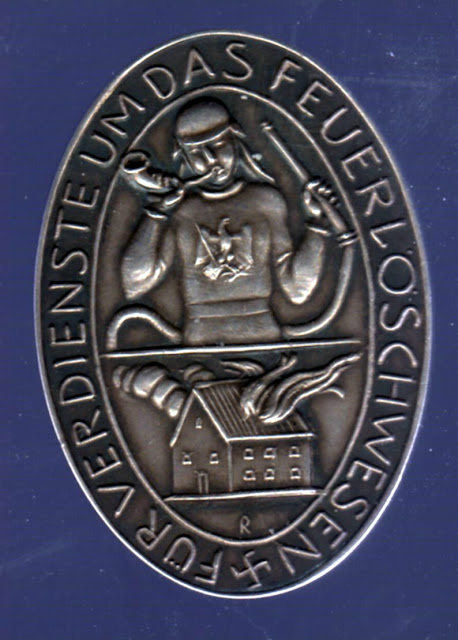 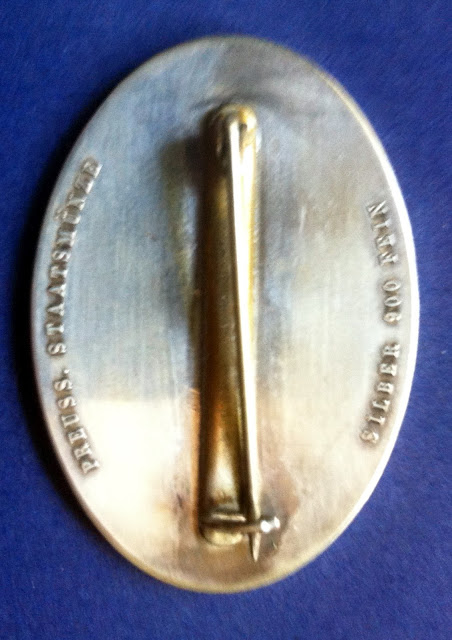 This award consists of an oval medal which has a raised edge line with, inset by 4 mm, a further similar one producing a tramline effect.  On to the flat field produced is positioned the inscription which is started and stopped by a single stylised swastika that is placed at 6 o'clock.  The inscription, running clockwise in rustic capitals is, FÜR VERDIENSTE UM DAS FEUERLÖSCHWESEN, which translates to, For Service in the Fire Brigade.  The central field is broken just below the centre by a ground line, twice as thick as the tramlines.  On to the ground line is positioned the torso of an old fashioned fireman.  On his head he wears a fire helmet with neck cloth and is clad in a jerkin with a waist belt.  On to his chest is placed the eagle of .  To his lips is held a fire horn, while is right hand is employed in holding a fire hose that folds behind his body, to re-emerge in a curl.  In the field beneath the ground line, positioned on to another finer ground line, is placed a high roofed house.  This has six windows on the long side arranged in two rows, while the gable has a door at ground floor level and flanked at second by two windows, with a smaller one positioned at the apex of the roof.  The tiles are represented by lines.  From the right-hand side of the roof darts two tongues of flames while, from the other, billows three columns of smoke.  On the inner tramline, just above the swastika, is a stylised capital R.  The badge measures 42 mm high and 29 mm wide and was struck in silver which has a smoked effect and is artificially patinated.

The reverse is slightly convexed and smooth, with a needle pin similar to that employed to hold the ribbons on to a uniform.  On the edge of the medal, slightly inset on either side is, in raised capital letters, the maker's name, PREUSS.STAATSMÜNZE, on the viewer's left and the silver content, SILBER 900 FEIN, on the right.

The medal was instituted on 21 December 1933 by the Prussian Minister of the Interior who awarded it on the recommendation of the Prussian Chief of Police.  It was awarded for;
a) Any special act of bravery or merit.
b) 25 years continuous service in the fire brigade.

The presentation case is a two-piece hinged, rigid box with simulated black leather covering.  The interior of the upper portion is padded white satin, while the base is covered by light blue velvet.  Round the edge of the base and the lid is a ring of silver pellets and the two halves are fastened by a push button stud.  It was accompanied by a citation, the design of which is unknown. 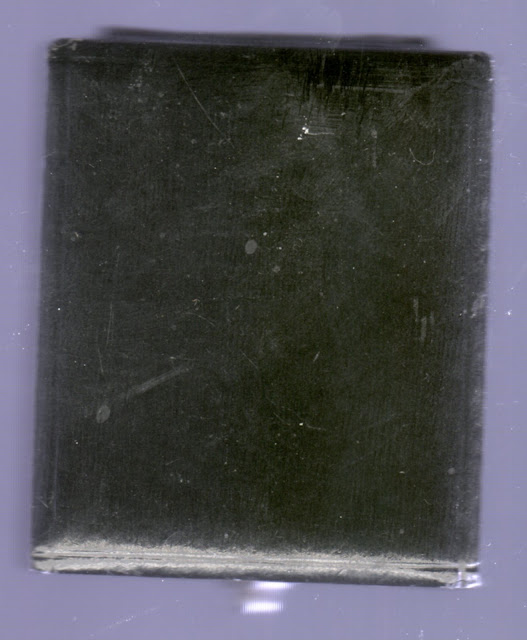 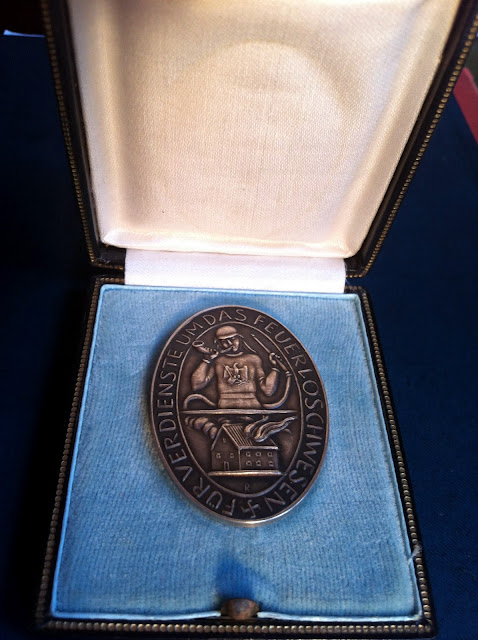 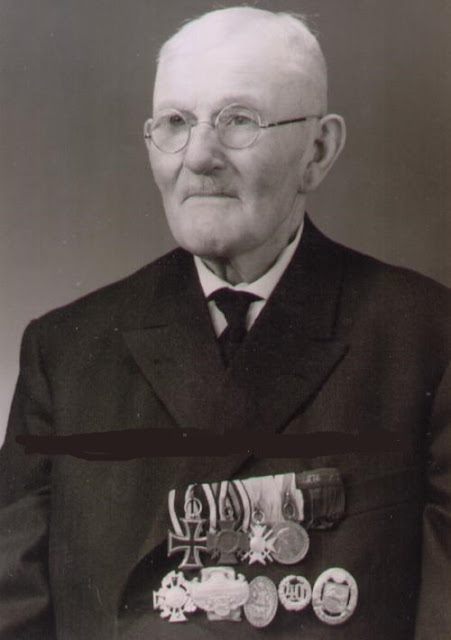 Posted by Christopher Ailsby at 04:35