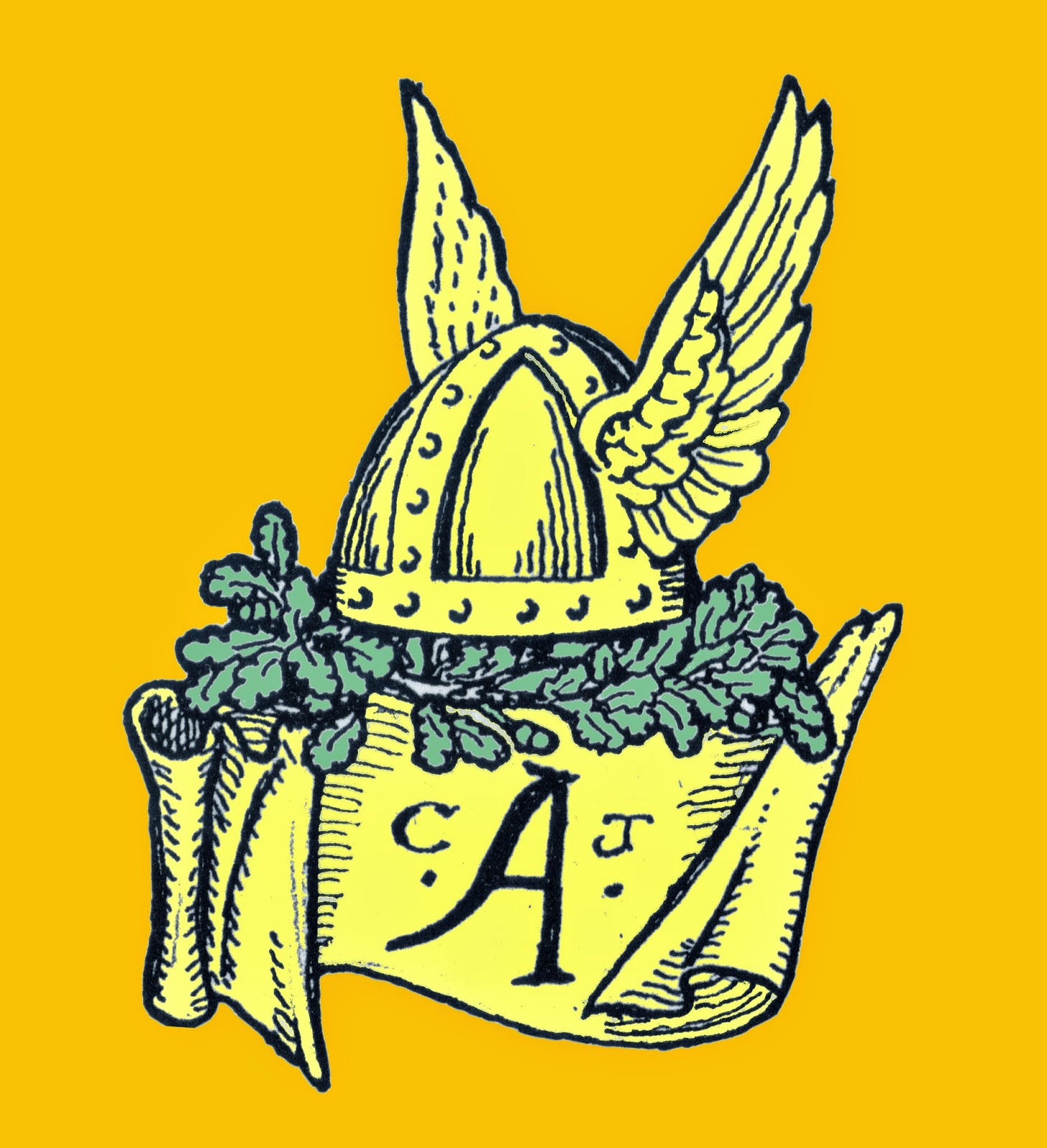 
SS Hell on the Eastern Front.

An exciting new titles to be added: 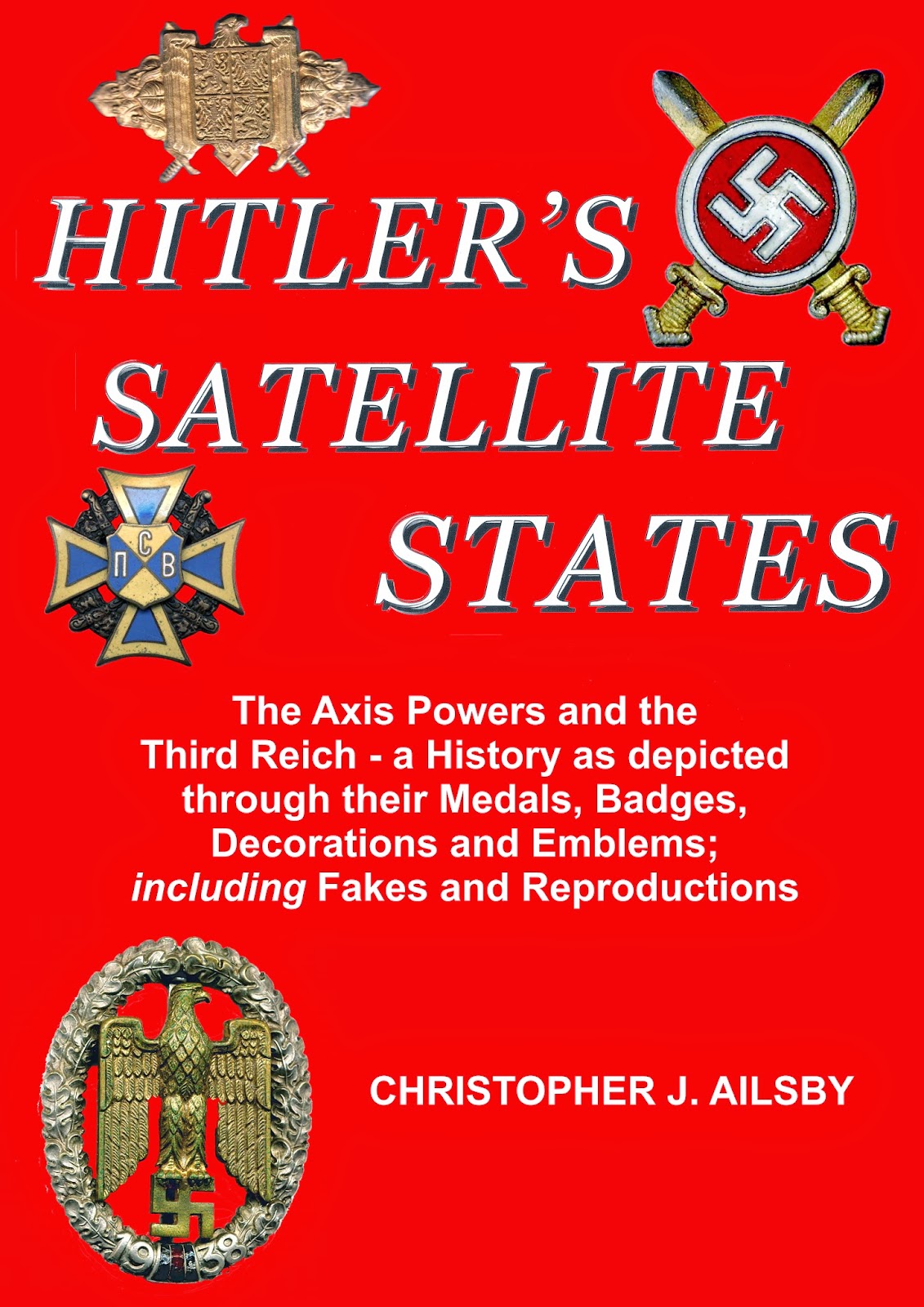 Hitler's Satellite States. The Axis Powers and the Third Reich - a History as depicted through their Medals, Badges, Decorations and Emblems; including Fakes and Reproductions.


It will be available in the near future. A book that I hope the collector will find interesting and useful in an area that has not been explored fully before. Pictures of the awards in wear together with lists of those who received them. 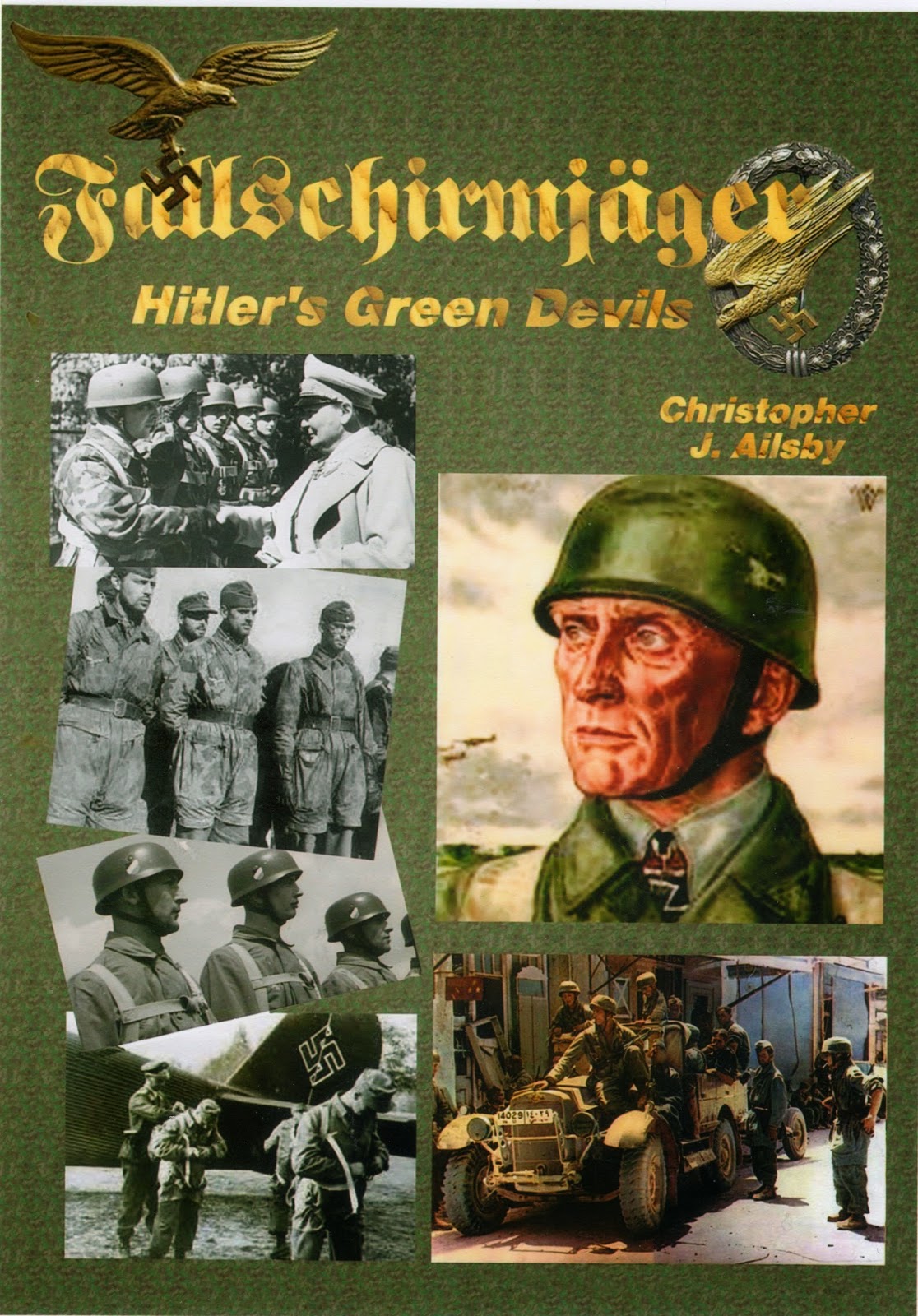 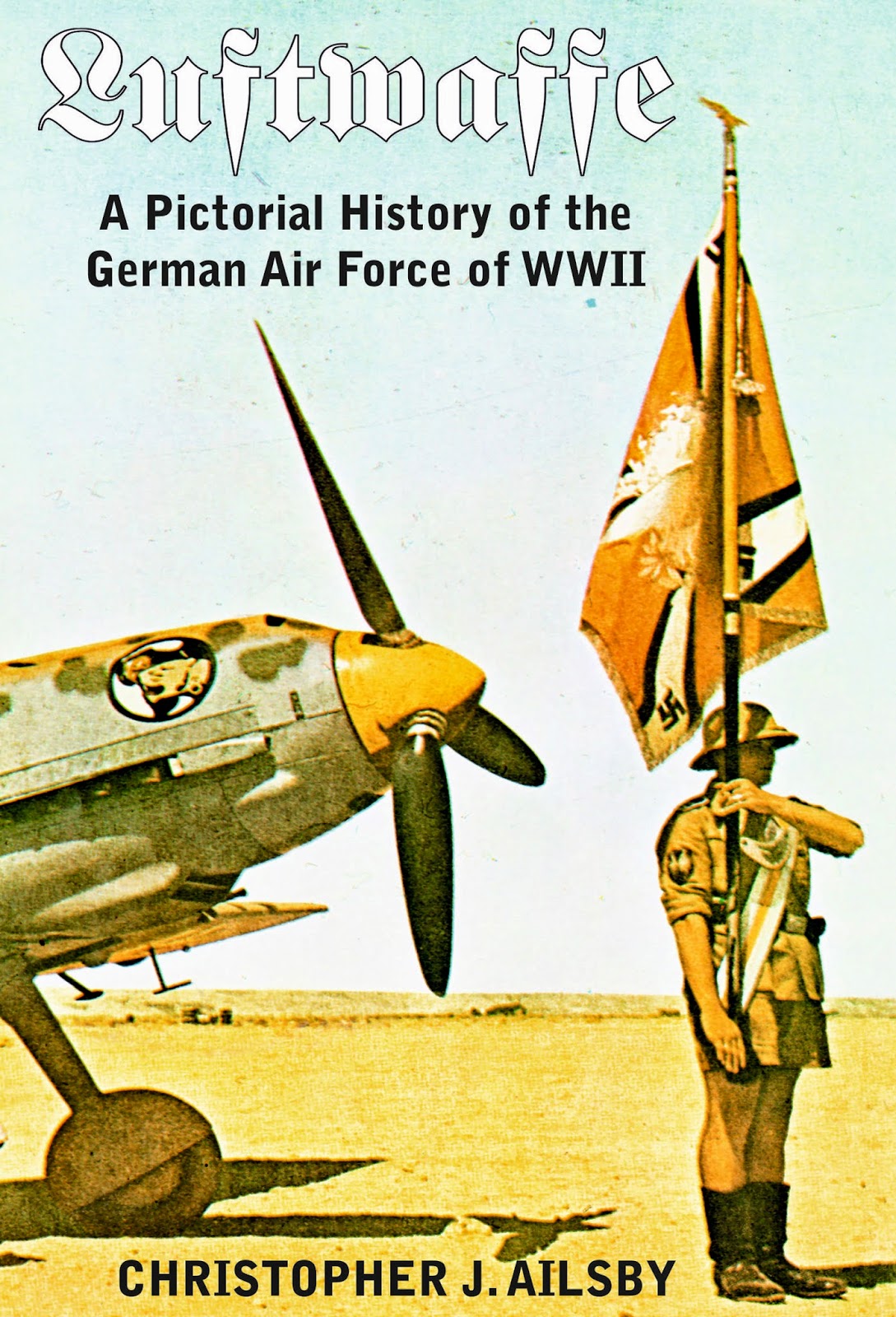 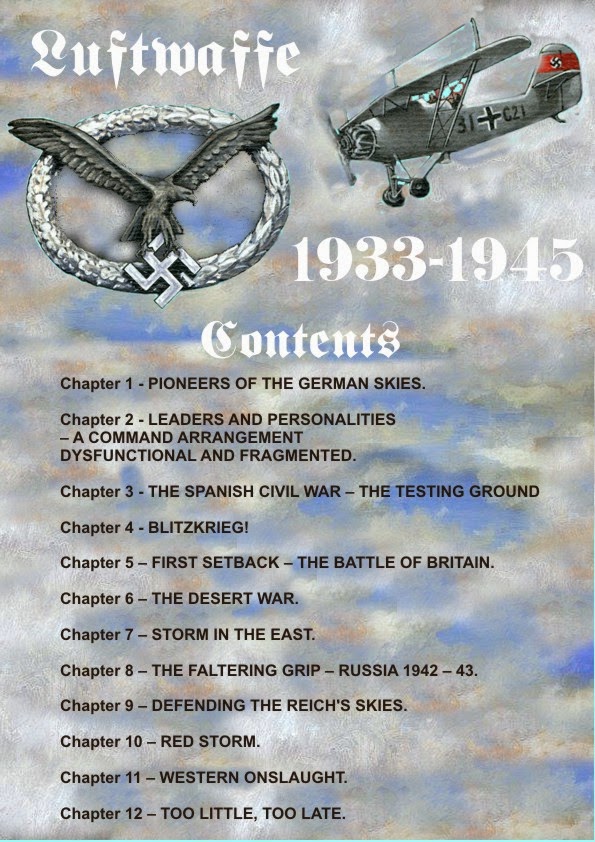 
The Luftwaffe played an integral part in Hitler’s Blitzkrieg strategy in the early years of the Second World War, and in later years fought a valiant but ultimately hopeless campaign to prevent Allied aircraft bombing German factories and cities, and wreaking havoc on German forces on the ground.


Luftwaffe is a stunning pictorial record of the Third Reich’s air arm from its establishment in the 1930’s to its war service between 1939 and 1945. With 400 black and white and coloured photographs together with drawing and paintings, the book tells the full, dramatic story of the German Air Force during the Second World War.


This book also includes a brief look at the birth of flight from its inception to its coming of age in the First World War. A glimpse of the Luftwaffe first blooding with rare images of German military aircraft and personnel perfecting the art of Blitzkrieg while fighting for the Nationalists in the Spanish Civil War, just prior to the Second World War.


The biggest campaign of the Second World War was fought in Russia, and Luftwaffe devotes several chapters to the aerial battles on the Eastern Front, showing German aircrews and their aircraft taking part in Operation “Barbarossa” the invasion of Russia in June 1941, when the Luftwaffe destroyed most of the Red Air Force on the ground on the first day. But after the swaggering victories of the first summer in Russia came the reality of a long hard struggle in the East. Luftwaffe shows how the German Air Force tried to achieve the two aims of keeping the skies clear of enemy aircraft and supplying troops, such as those trapped around Stalingrad with food, fuel and ammunition.


Finally considering the fact “too little too late”, the desperate measures employed to halt the Allied waves of Arial bombardment. The advanced technology that if it had been perfected and implemented could have changed the outcome of the War. 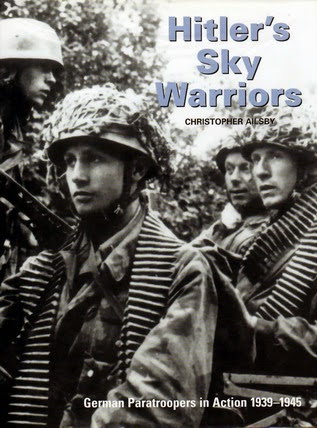 
During World War II the German Fallschirmjäger – paratroopers- carried out many successful and daring operations, such as the capture of the Belgian fortress of Eben Emael in 1940 and the invasion of Crete in 1941. Hitler’s Sky Warriors is a detailed example of all the battles and campaigns of the Third Reich’s airborne forces, illustrated throughout by many previously unpublished photographs.


Beginning with an examination of the origins of airborne forces in Germany and Europe during and after World War I, Hitler’s Sky Warriors goes on to look at how the concept of airborne assault was developed by the Nazis in the 1930’s, leading to the creation of the 7th Flieger Division. The first two years of World War II illustrated the effectiveness of the Fallschirmjäger, as German airborne forces won a string of victories in Norway, Belgium, Holland, mainland Greece and Crete. And though the invasion of Crete was to be the last large-scale German airborne operation of the war, the Fallschirmjäger would continue to see heavy fighting in the élite infantry role. From the scorching sands of North Africa to the frozen wastes of Russia, paratrooper units fought with courage and skill to win the respect of friend and foe alike. Hitler’s Sky Warriors includes detailed accounts of all the ground campaigns of the parachute divisions, especially in Italy, where their epic defence of Monte Cassino entered military legend.


As well as being a comprehensive account of Fallschirmjäger battles and campaigns, Hitler’s Sky Warriors includes information on the specialist weapons and equipment developed for Germany’s airborne forces. These include the paratrooper helmet, the FG 42 automatic rifle, the so-called “gravity knife”, the different jump smocks, parachutes and harnesses, transport aircraft, and gliders.


Hitler’s Sky Warriors also contains biographical details on all the main parachute commanders, such as Kurt Student, Bernhard Hermann Ramcke and Richard Heidrich, and includes appendices that contain information about divisional orders of battle and Knight’s Cross of the Iron Cross winners. In this way Hitler’s Sky Warriors builds into an extensive and exciting account of one of the élite formations of military history. This is a book that fills an important niche in the World War II library. 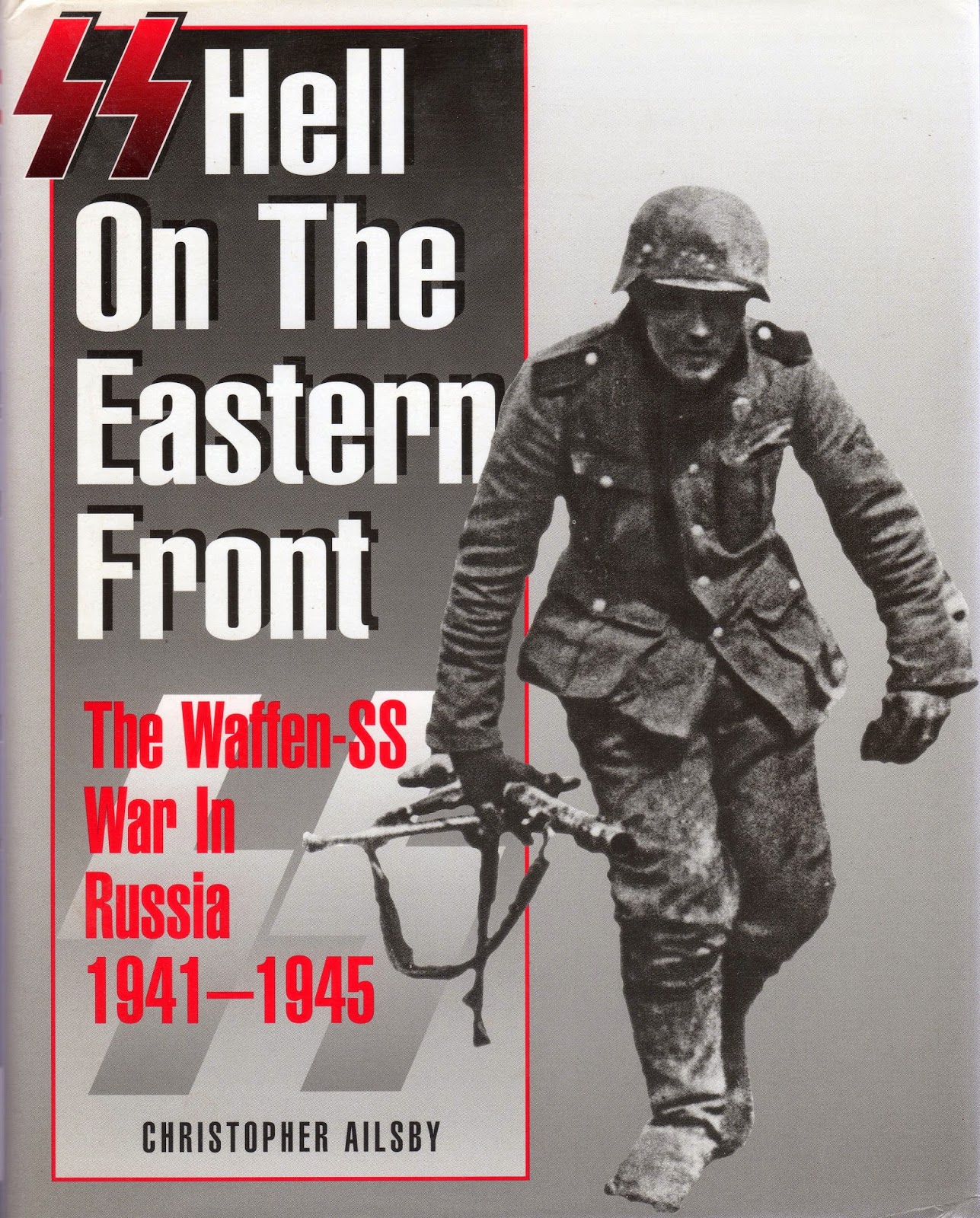 SS Hell on the Eastern Front.


The Easter Front was the scene of the most decisive campaign of World War II. Hitler’s élite soldiers, the Waffen – SS, fought in the East from the beginning of the Russian campaign in 1941 to the fall of Berlin in May 1945, and the SS’s development and military professionalism is bound up with the war in the Soviet Union. As the war in Russia progressed, the formations of the Waffen – SS distinguished themselves in the most demanding theatre of World War II. and the premier Waffen – SS formations, the SS – Leibstandarte – Adolf Hitler, Das Reich, Totenkopf and Wiking Divisions, showed themselves to be masters of mechanised warfare and the all – arms battle. SS: Hell on the Eastern Front is a detailed account, enhanced by more than 100 exciting black and white photographs, of every aspect of the Waffen – SS’s war on the Eastern Front: its battles, its organisation, tactics and equipment.

Read what it was like to take part in Operation “Barbarossa”, THE OPENING ASSAULT AGAINST Russia in the summer of 1941, when the Waffen – SS fought its way to the very gates of Moscow; the first dreadful winter in Russia, during which temperatures dropped to 40 degrees below zero; the clash of massed armour at Kursk; and other epic encounters of the war in the East. However, this book is more than an account of the battles and campaigns of the Waffen – SS in the East: it also examines the recruitment and organisation of those foreign legions of the SS that fought on the Eastern Front.


Also covered in full is every aspect of the Waffen – SS’s war – away from the battlefield – against Soviet partisans. In addition, the book examines the military consequences of Waffen – SS soldiers being ideologically indoctrinated, their concept of hardness and disregard for life, which often resulted in atrocities and murder of civilians and prisoners. Above all, SS: Hell on The Eastern Front provides an insight into how Waffen – SS individuals and units met and often mastered their Red Army adversaries, first during the offensive campaigns of 1941 – 43, but most strikingly during the great defensive actions of the last two years of the war. With detailed appendices covering the order of battle of the Waffen – SS in the East, plus rank and award tables, SS: Hell On The Eastern Front is a most detailed study of the Waffen – SS’s war in Russia.