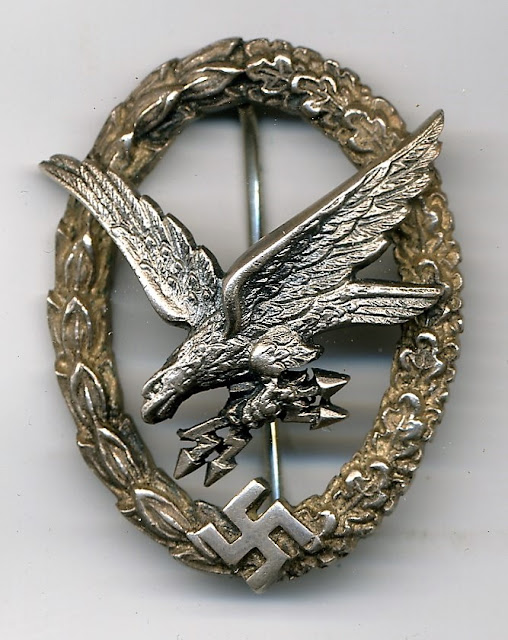 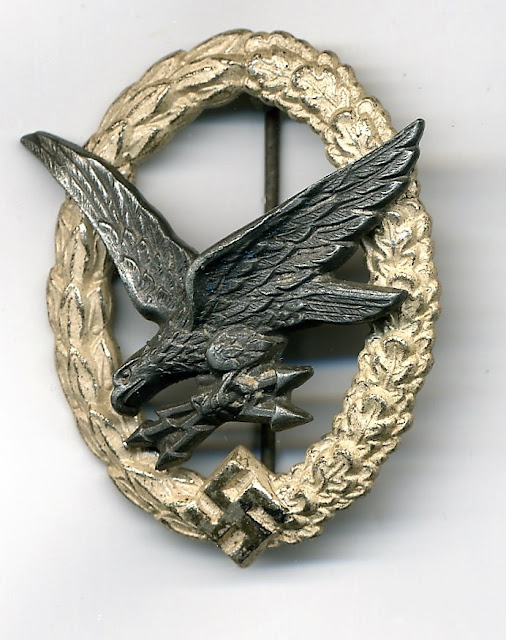 On the 27th November 1935 the regulations for this badge were published as an oval metal badge, which was to be slightly convex, and which was silver plated, and comprised the right half of laurel leaves and the left of oak leaves.  In the centre of the wreath, at the bottom, was a Swastika.


In the centre of the wreath is an eagle in flight, clutching in its claws a pair of arrow headed bolts of lightning.  The eagle is flying from right to left of the badge, in a downward direction.  The projecting areas of the badge are highly polished and the reverse is flat, with a vertical pin the eagle being held on to the wreath by two rivets, one coming from each wing tip.  Again, the changes through a, b and c change with the period of construction.  The badge initially was found in nickel silver, or aluminium and later in monkey or pot metal.  A cloth version of the badge was instituted for officers in silver bullion and for N.C.O.'s in cotton thread in colours to correspond to those found in the metal badge.

Again this badge was first introduced on the 26th March 1936, and was awarded with a Citation and a flying book.  The badge was presented in a blue box with a blue silk lining, and blue velvet base while the badge's identification was stencilled in silver block letters on the lid. 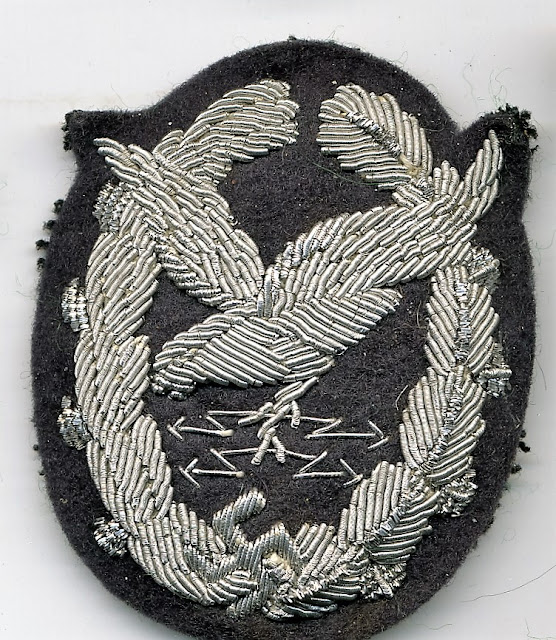 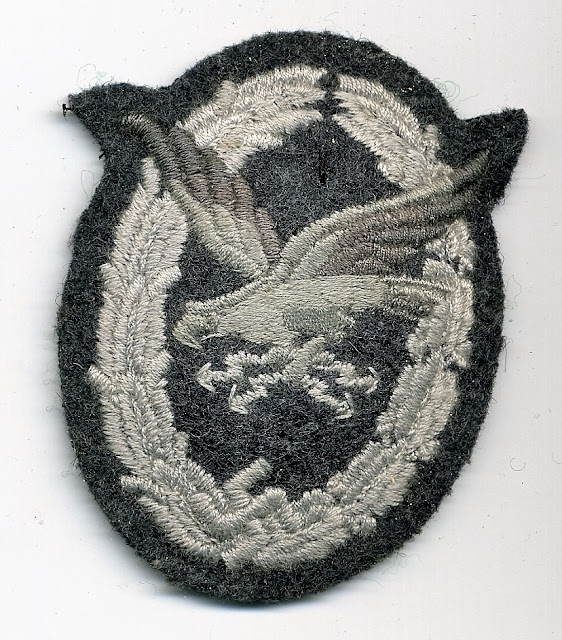 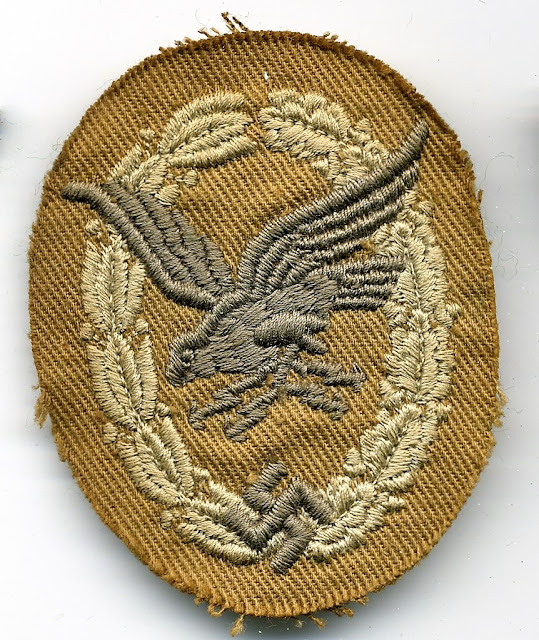 
Posted by Christopher Ailsby at 07:55