Achievement Badge for the Security Troops

Known Makers – Unmarked, HB in an oblong with angled ends. 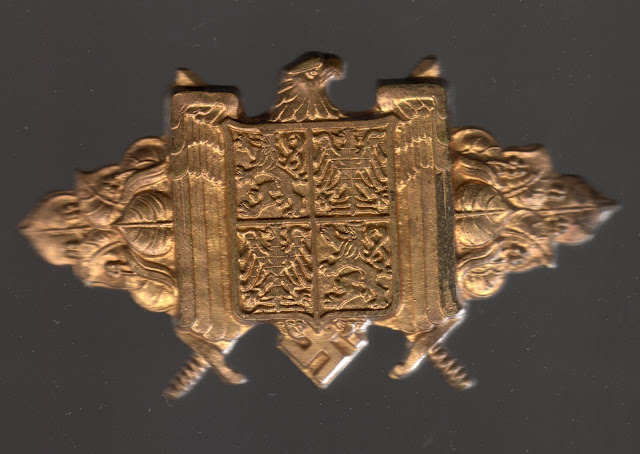 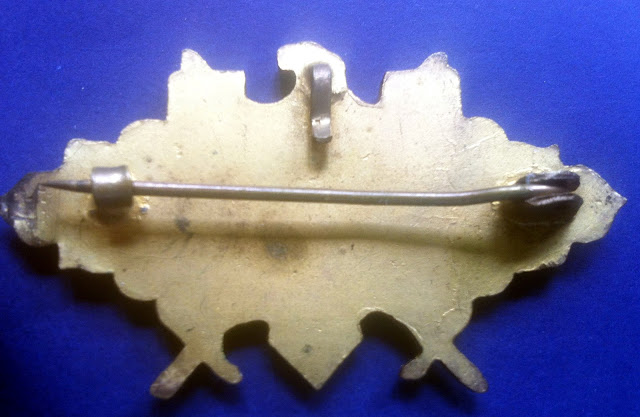 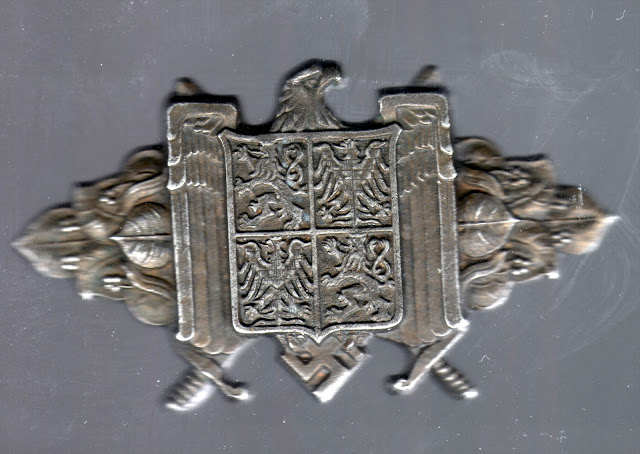 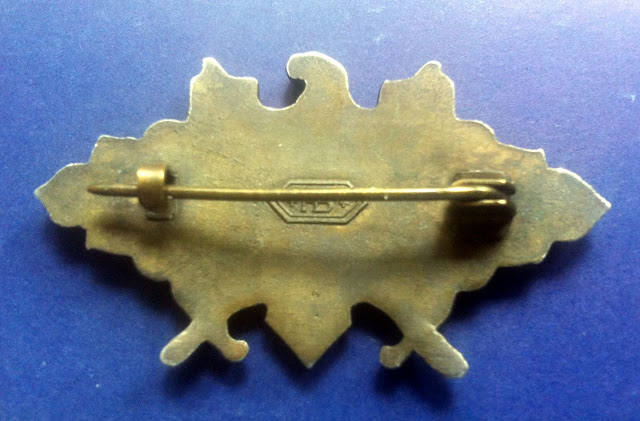 This award was produced in three classes, Bronze, Silver and Gold and all take the same design comprising of an open winged eagle clutching a swastika in its talons.  The eagle is superimposed over crossed swords whose hilts are just visible beneath the line of the lower edge of the eagle's wing, while the tips just protrude above the upper edge of the wing.  Superimposed on to the eagle's chest is a square shield that is quartered and comprises of the arms of the Protectorate, being a fork tailed lion in two diagonal quarters for Bohemia and an open winged eagle for Moravia in the two opposite diagonal quarters.  The eagle is flanked on either side by linden leaves formed in three rows, three leaves in the first row reducing to a single leaf at the outer edge.  The joints of the leaves are embellished with linden blossom in the form of four pellets.  The badge measure 66 mm long and is 38 mm from the bottom of the hilts of the swords to the top of the eagle's head.

The reverse is flat with a horizontal hinge, pin and 'C' form hook attachment.  From behind the eagle's head is soldered a further 'S' shaped hook for attachment to a loop on the uniform.

Bronze and silver examples of the badge have been encountered without this 'S' shaped hook and with the maker's logo positioned at the centre of the badge. 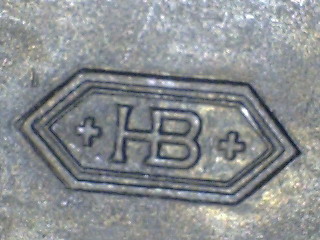 This gives rise to the possibility that the Gold form as described could have been the special presentation form as in the case of the German Army Close combat clasp in Gold.

With the assimilation of and into the greater Reich, the remnants of the became the notionally independent State of Slovakia.  The former Czech army was disbanded with the result that President Hácha petitioned Nazi Germany in October 1939 for permission to raise an armed force to assist the gendarmerie in the maintenance of security and internal order.  The Germans readily acquiesced to this petition with the proviso that the new Regierungstruppe must not exceed 8000 personnel.  In reality it never exceeded 7000, with almost all those volunteering being former officers or NCOs of the Czech army with additional support of some 350 uniformed civilian administrators.  Of this force, 280 were officers and this officer corps comprised some 40 generals and a further 15 civilian administrators who held a rank equivalent of army general.  The Regierungstruppe had three impressively styled inspectorates, namely , Bruno and Hradec Krolové which comprised of four battalions each sub divided into four companies, stationed at each inspectorate.  It was only in the latter stages of the war that they saw anything approaching active service, when in May 1944 eleven of the twelve battalions were deployed in northern , leaving the first battalion for guard duty in .  The unreliability of the army was illuminated by large scale desertions and in the autumn of 1944, the force was returned to the Protectorate.  Few of the members wished to continue their service as by now, their four year engagement contracts had lapsed and before the end of the year, the formation had disintegrated.

The German military commander in and instituted, possibly in July 1944, this special honour badge to reward repeated acts of assistance to the German forces.  Due to the possible date of institution it is most probable that, as this was the only decoration which could be awarded to the Regierungstruppe who were supposedly only used in the passive role of building defensive installations in partisan infested , this award was rendered for anti-partisan activities and therefore gives rise to its extreme rarity.

Posted by Christopher Ailsby at 10:09