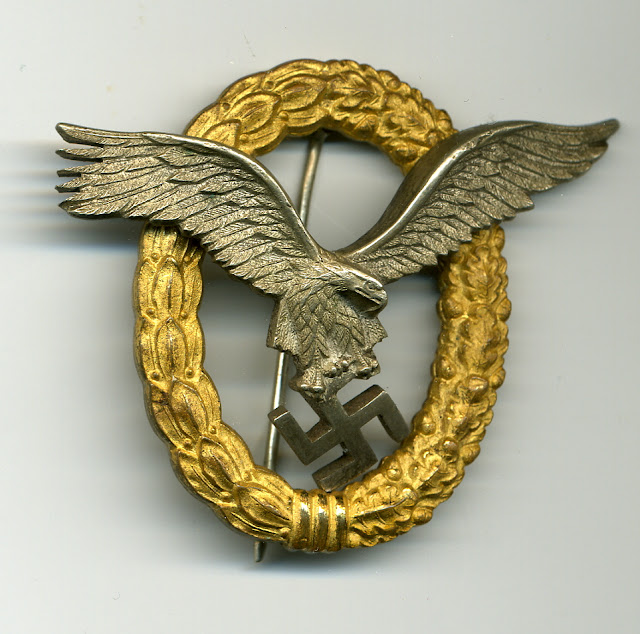 On 26th March 1936 this badge was introduced to replace the older Aircrew Badge and takes the format of, an oval, slightly convex, gilded wreath, the right half of laurel and the left half of oak leaves. The raised surfaces of the wreath are highly polished.  At the base of the wreath there is a three-band tie and, on the viewer's right, nine bunches of three oak leaves overlapping one another.  At each joint are two acorns, one on either side.  On the opposite side are nine bunches of three laurel leaves with two berries at the joint, one on either side of the central leaf's point.  The wreath is 53 mm by 42 mm with a width of 8 mm.  It has an eagle in flight mounted upon it, oxidised and matt silver-plated, clutching a swastika in its claws.  The wings are finely detailed, as are the head and body.  Normally, the gap between the legs is solid but in the case of the badges produced in aluminium, this area is generally voided.  Occasionally, the portion between the legs is voided on the early nickel silver versions as well.  The wingspan of the eagle can vary between 64 mm and 67 mm, due to the form of manufacture as well as the individual producer.  On the reverse the eagle is riveted to the wreath on each side by two small ball rivets, which change in style with the different methods of manufacture.  There is a vertical hinged pin, which is soldered on.  The quality of these badges varies widely from a purely silvered and gilded Pilots Badge, to a super struck and silver-plated and gilt plated example. This badge was found in nickel silver or aluminium and as the war progressed, pot metal or monkey metal.


The badge was awarded on completion of both the pilots and observers courses and was presented with licence and certificate.  On 31th July 1944 regulations prescribed that the award could be rendered providing that the intended recipient had held the Pilot Observers qualification certificates for a minimum of one year.


In special cases the badge was authorised to be awarded to foreigners in recognition of special services rendered to the Luftwaffe.  An honorary presentation of this badge was normally made to foreign attachés upon their return to their home duty station.


The box is blue with blue silk lining and blue velvet base with the title stencilled on to the top in gold lettering. 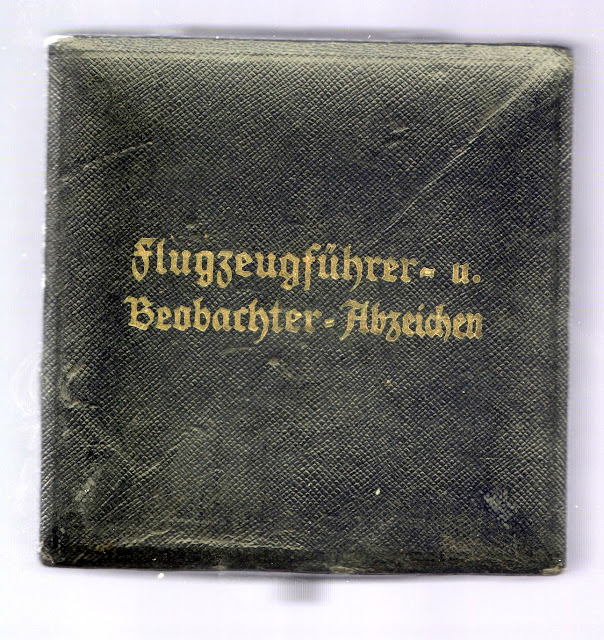 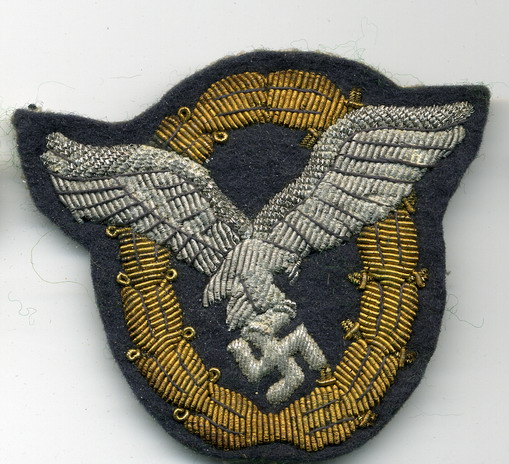 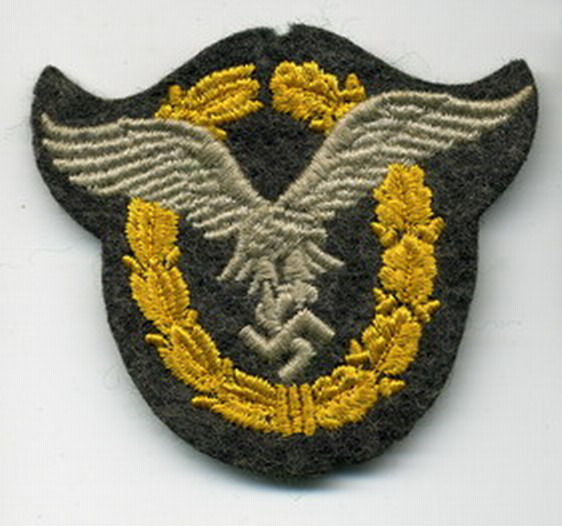 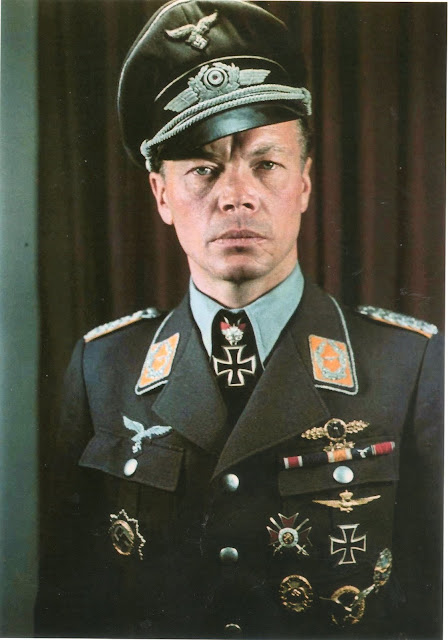