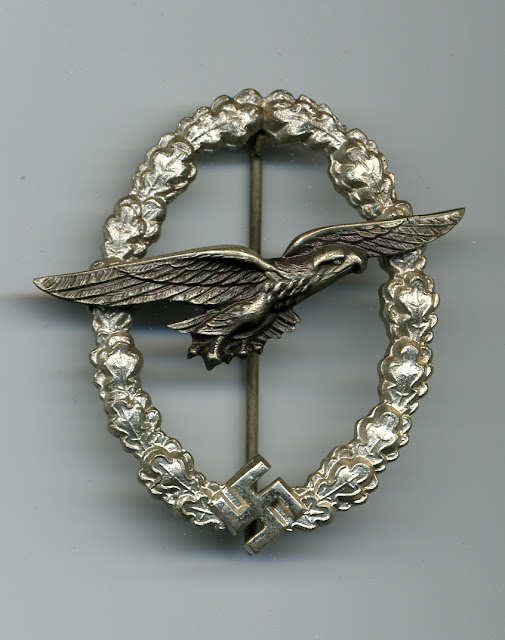 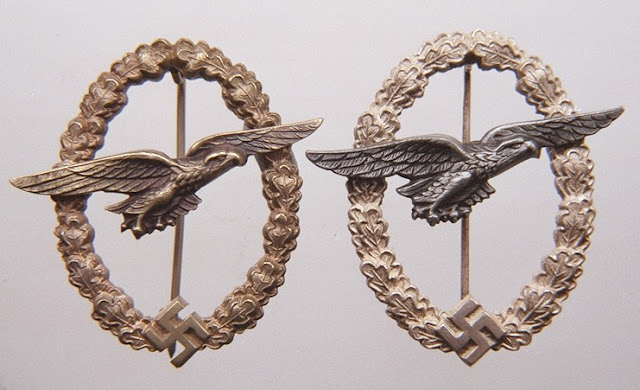 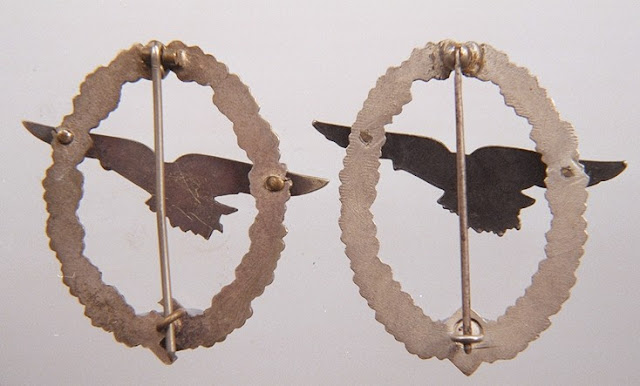 
On 8th July 1940 the firm of Wilhelm Ernst Peekhaus submitted their design for this badge.  It was approved on 16th December 1940 and was produced by the firm of C.E. Juncker of Berlin.  It consists of a wreath of oak leaves made up of eight bunches of three leaves on either side, the edges of the leaves forming the inner and outer edges of the wreath.  They meet tip to tip at the apex with a swastika at the base.  There are the two forms of swastika.  The fields between the arms of the swastika are either solid or voided.  The height of the wreath can vary between 55 mm and 57 mm with the width of the badge being 42 mm.  The wreath is finished in a silver wash with the highlights being polished.


On the wreath is a soaring eagle, flying from left to right, which is finished in oxidised old silver colour.  The design of the eagle is very elegant with a well-defined head positioned over the forward thrusting wing.  There are subtle differences in the eagle the most significant being in the wings' fletching and the line of the trailing wing.  The width of the wings is 53 mm and the depth of the body from claw tips to the top of the wings varies from 15 mm to 16 mm.


The reverse is flat and the eagle is held on to the wreath by two ball rivets, one through each wing tip.  The rivets can also be a small, flat type.  At the apex is a hinge, which can be either a barrel or ball type.  The latter has a needle pin countersunk.  The former has a needle pin with a shepherd's crook bend.  At the base is a 'C' form hook.  The reverse of the eagle is flat with a matt finish that is oxidised from light grey to nearly black.


However, as the war progressed the quality of the badge deteriorated, not so much in the stamping of the individual wreath and eagle but the eagle is sweated on to the wreath.  The badge is made in nickel silver or aluminium and then zinc, pot or monkey metal.  The badge was awarded on completion of a glider pilots training and was issued with a citation and pilots licence.


It was presented in a blue box, with blue satin liner and velvet base, with the name stencilled in silver on the lid.


The cloth versions of this badge were produced for both officers and NCOs, taking the form of the metal badge but embroidered in relief.  For Officers the wreath is worked in silver, the eagle in oxidised silver, and the swastika in dull aluminium thread on a blue grey melton backing.  The NCOs version is identical but expedited in cotton thread.  The badge for officers has yet to be observed. The NCO’s version can be found with the wreath embroidered in of white cotton thread while the eagle is executed in a buff grey thread on a tan cotton backing. 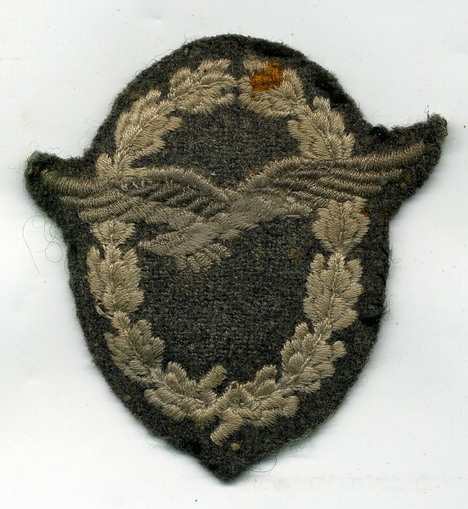 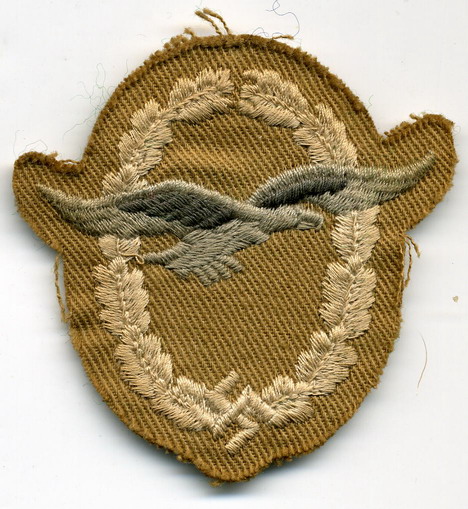 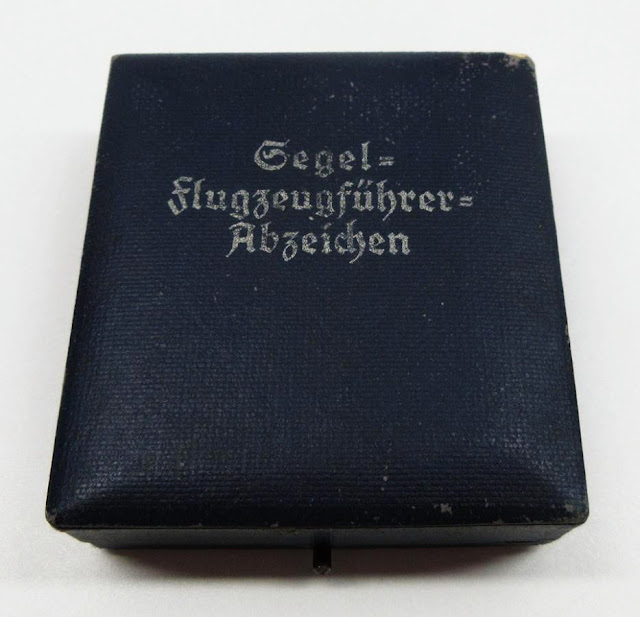 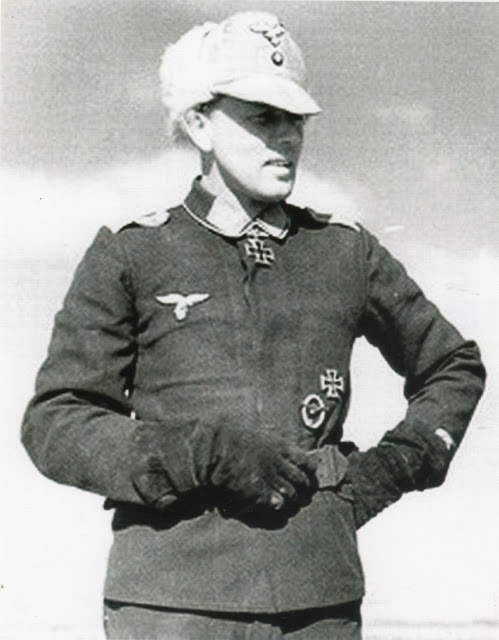 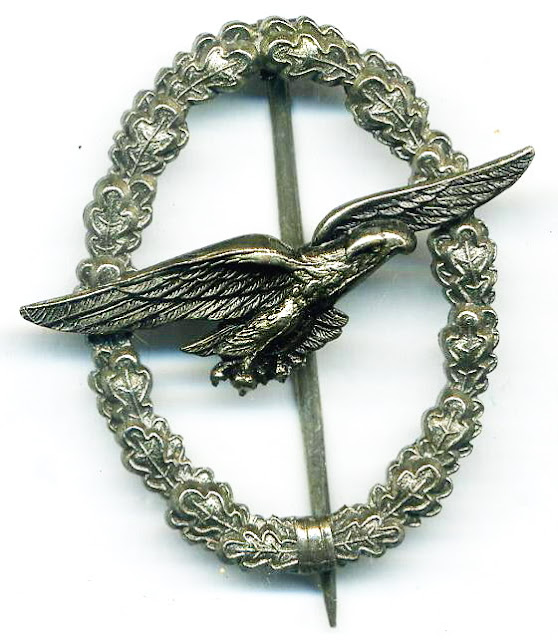 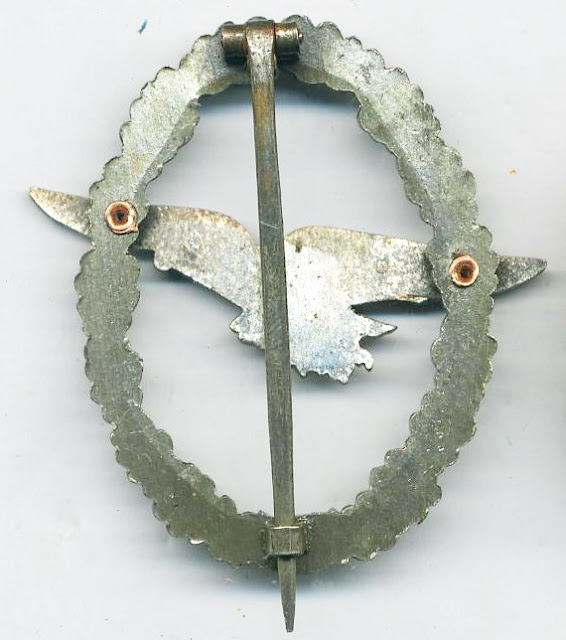