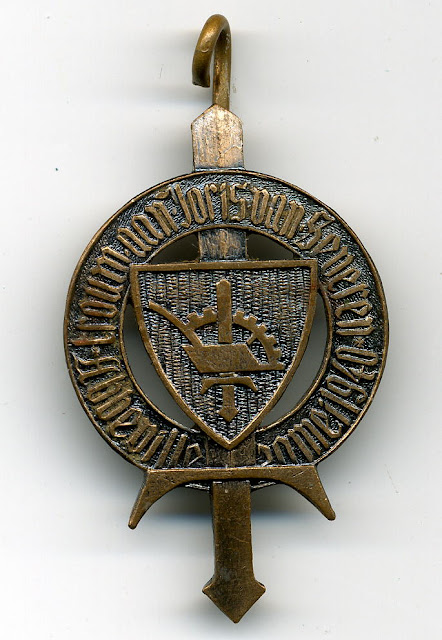 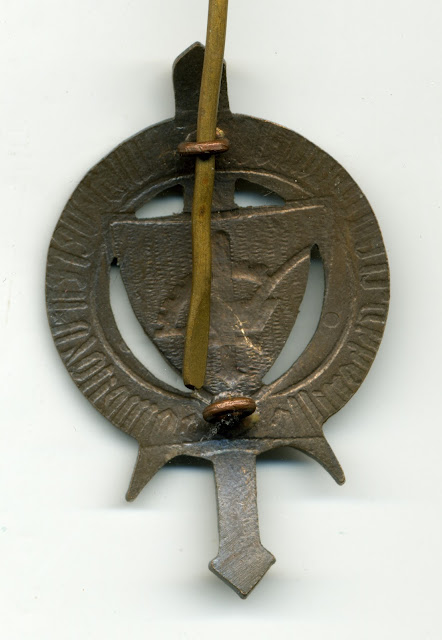 
This badge is found in two colours, Bronze and Silver.  It comprises of a circle measuring 32 mm across and 6 mm wide.  It has a small raised edge line on both sides.  Over the lower part of the circle and under the upper part is positioned a double edged, broad bladed sword with its tip protruding above the upper line of the circle, while its hilt just rests on the lower portion with the handle protruding below.  The quillions have upturned ends and the hilt has a bulbous pommel.  The sword measures 51 mm from the pommel to its tip. Across the blade, in the void of the circle, is placed a shield with flattop and gently sloping sides meeting at a point.  The shield has a raised outer edge line measuring 0.5 mm.  The recessed field, which has fine horizontal raised lines, has placed on to it the Dinaso emblem of a sword, plough and cog wheel.  The sword symbolizes the Flemish people fighting trough its history the plough stands for the traditional Agriculture off Flanders, and the gear wheel for the technological development and its industries. On to the field of the circle, between the tramlines, is the inscription in raised Gothic letters, 'TROUW AAN JORIS VAN  SEVEREN . ABBEVILLE 20 MEI 1940.', which translates to, Loyalty to Joris van Severen . Abbeville 20 May 1940.


The reverse is plain, and shows the typical Belgian attachment system, two metal loops similar to those found on British cap badges, one at the top of the sword and one near the hilt and through these is placed a brass clip to hold the badge to the tunic.


It has been written that another badge of similar construction exists in the two grades but with the legend being in Latin script and comprising, 'VERDINASO . ABBEVILLE 10 MEI 1940'.  These badges, as yet, have not been encountered by the author. 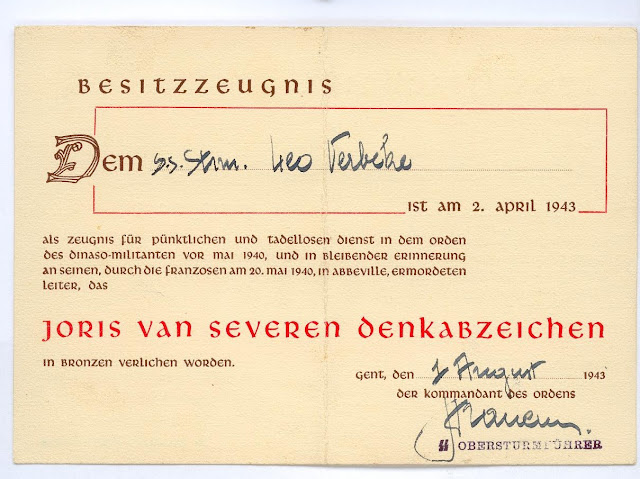 The Joris van Severen Badge, more correctly called Dinasokenteken or Dinaso Commemorative Badge, was given to officers in silver and to other ranks in bronze.  It was awarded to all those who had been in the Dinaso's own green shirted SA, which was known as the 'Dietsche Militanten Orden' or more commonly referred to as the 'DMO', before May 1940 that is to say, prior to the German invasion of Belgium and had remained with it after its reformation.  This badge could be worn on the left breast pocket of the VNV uniform.  It was also authorised to be worn on the SS uniform.  Jef Francois, commandant of the DMO, who became the commander of a Flemish unit, is shown wearing his award on his left breast pocket of his Waffen-SS uniform. 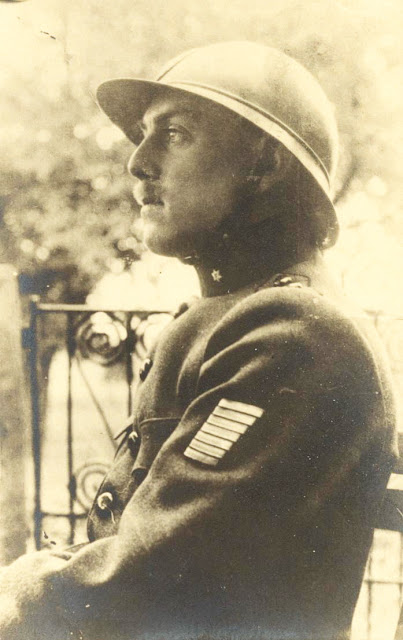 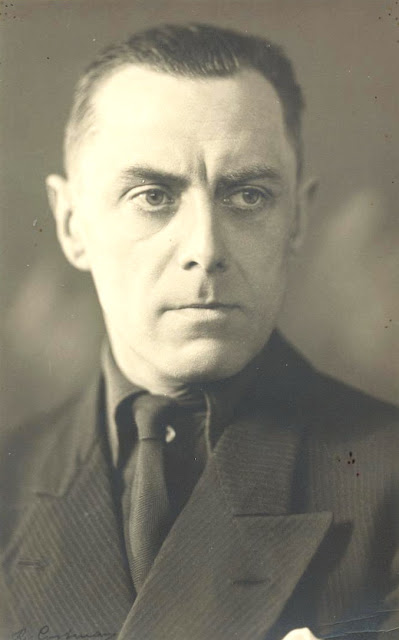 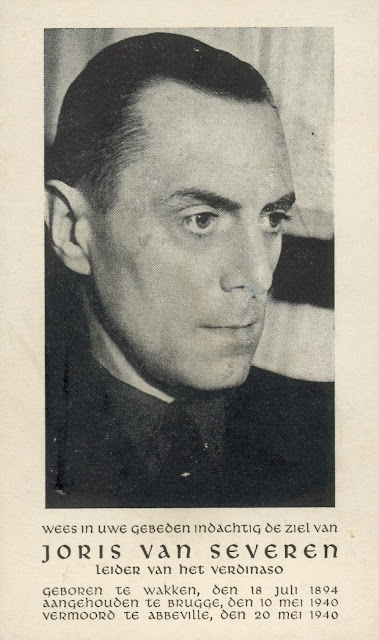 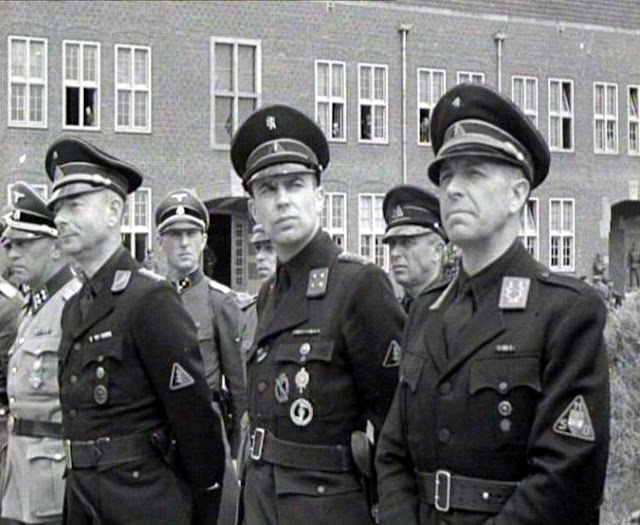 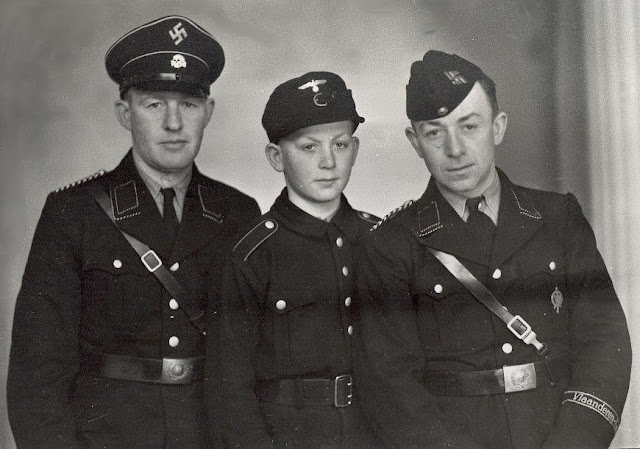 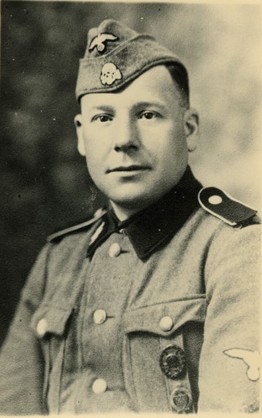 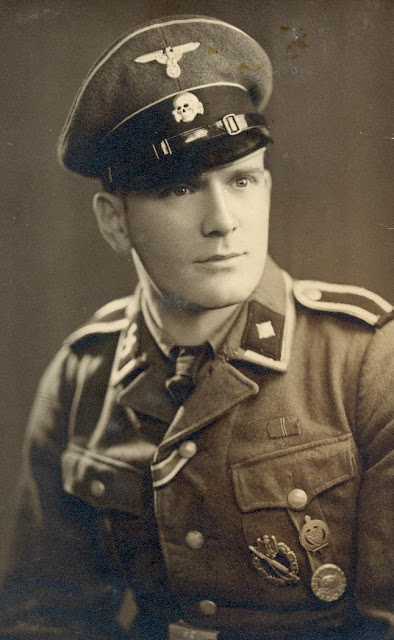 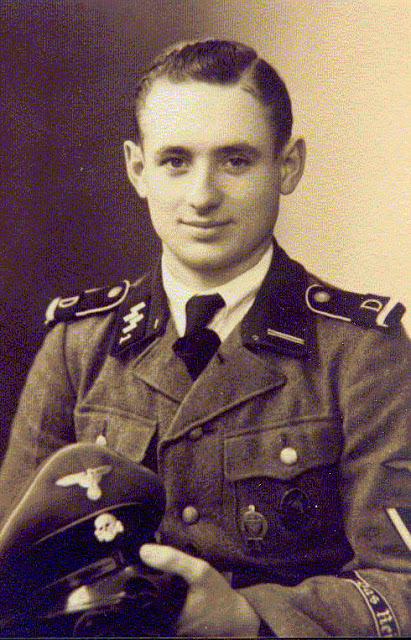 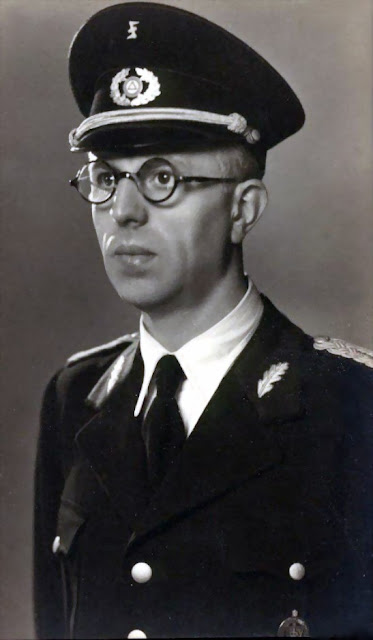 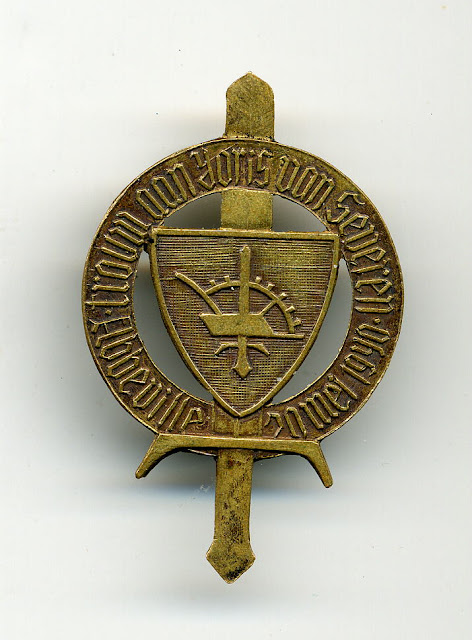 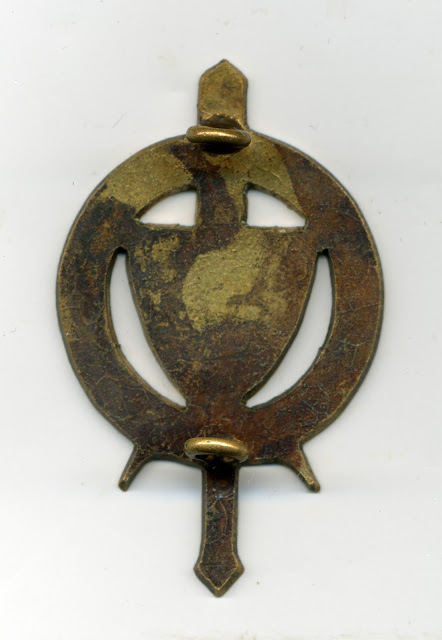