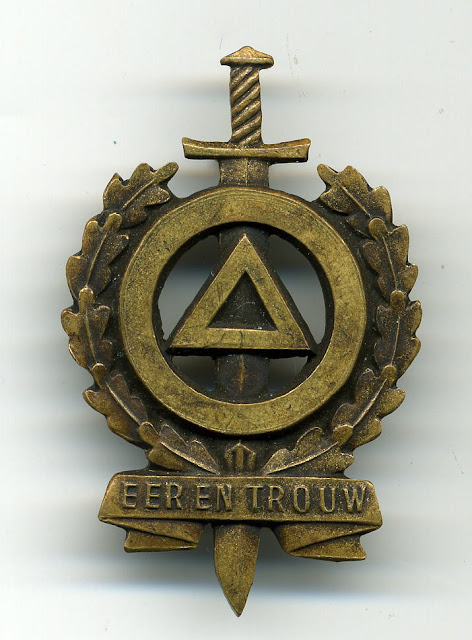 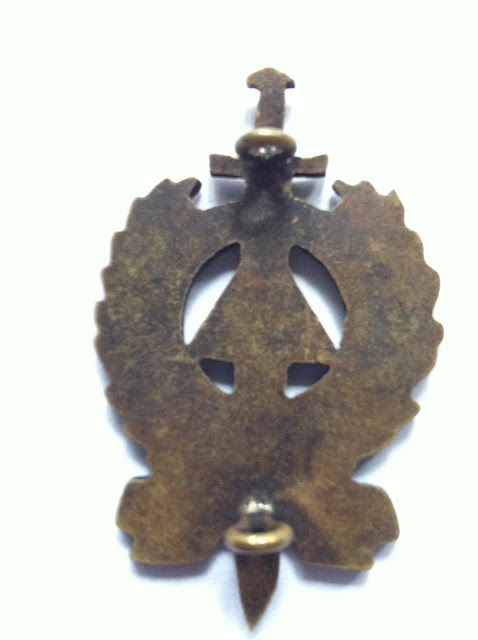 
This badge is finely struck in bronze and comprises of a broad, double edged sword with straight quillions with gently sloping upper edges.  The handle has a diagonally twisted grip and a triangular pommel.  Superimposed over the blade is the circular badge of the VNV.  The badge of the VNV itself is a triangle within a circle, which symbolises the three rivers bordering Flanders, the Rhine, Meuse and Scheldt.  The circle enclosing the triangle stands for unity within this delta.  Around this is an open topped wreath of oak leaves with five single leaves on either side, placed tip over stalk.  At the base is a ribbon that is formed straight with two folds, one at either end.  On to this, in raised capital letters, is the inscription, 'EER EN TROUW', which translates to, Honour and Loyalty.  The sword measures 55 mm from the tip to the top of the pommel and the wreath measures 35 mm across.  The circle measures 25 mm across and 4 mm wide.


The reverse is plain, save for two metal loops similar to those found on British cap badges, one at the top of the sword and one near the hilt and through these is placed a brass clip to hold the badge to the tunic.


The Honour and Loyalty Badge was instituted in June 1944 and was intended to reward special acts of courage at home or at the front.    The badge could be worn on the left breast pocket of the VNV and Waffen-SS uniform.  For those killed in the course of military action or by the resistance forces in Belgium, the badge was awarded mounted on a commemorative plaque. 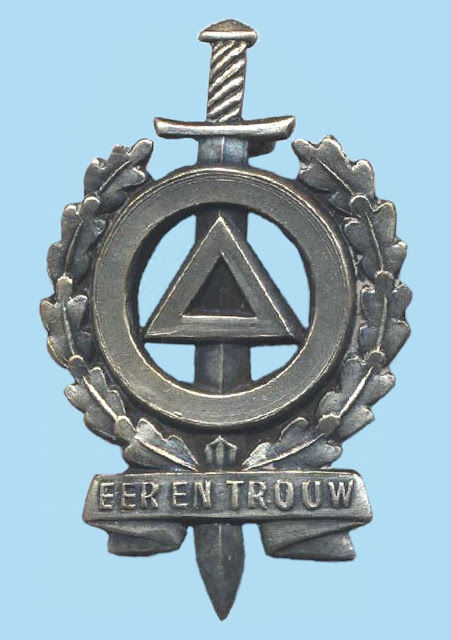 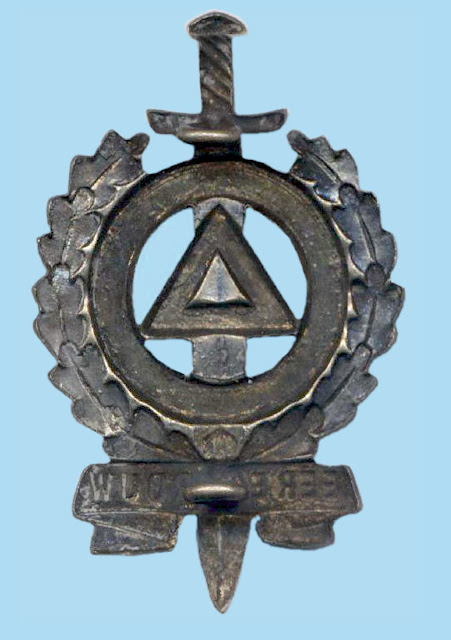