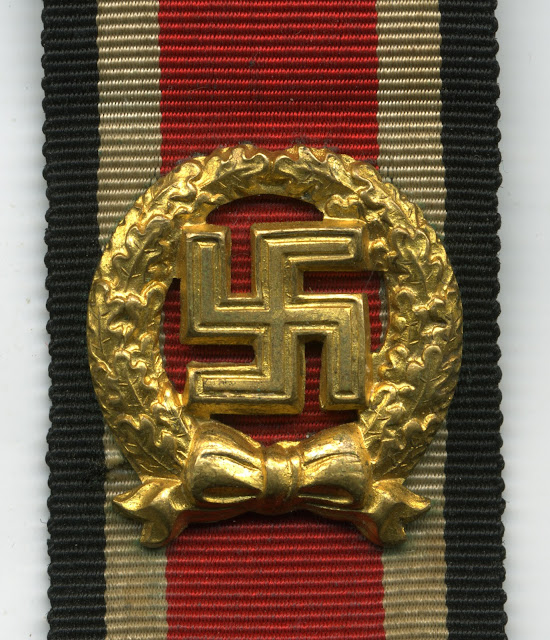 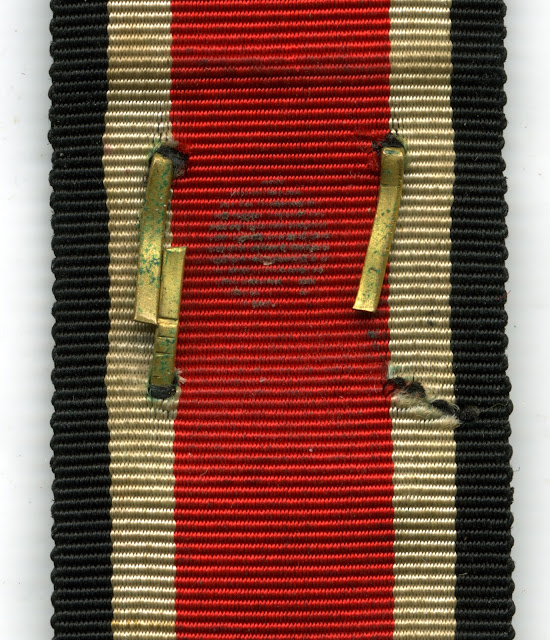 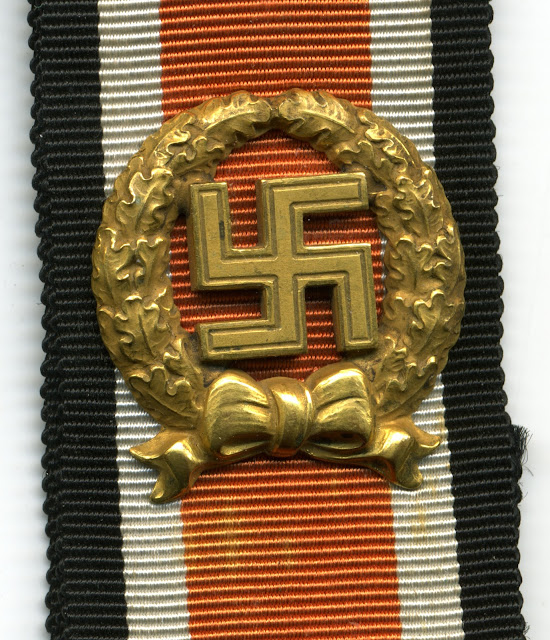 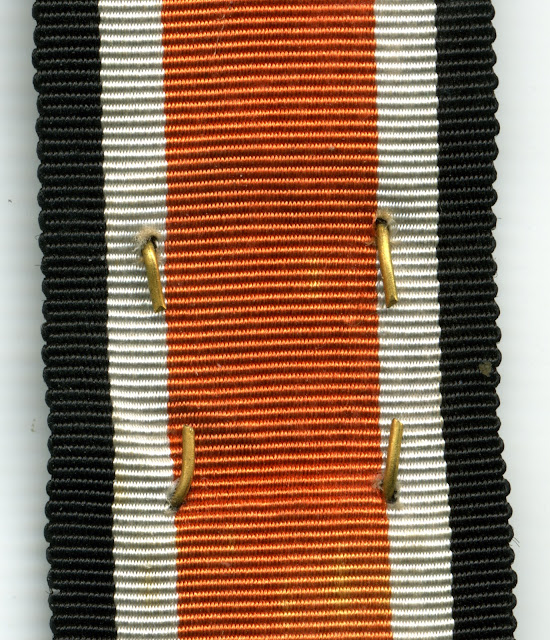 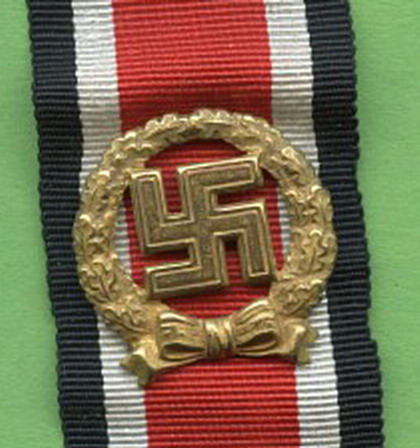 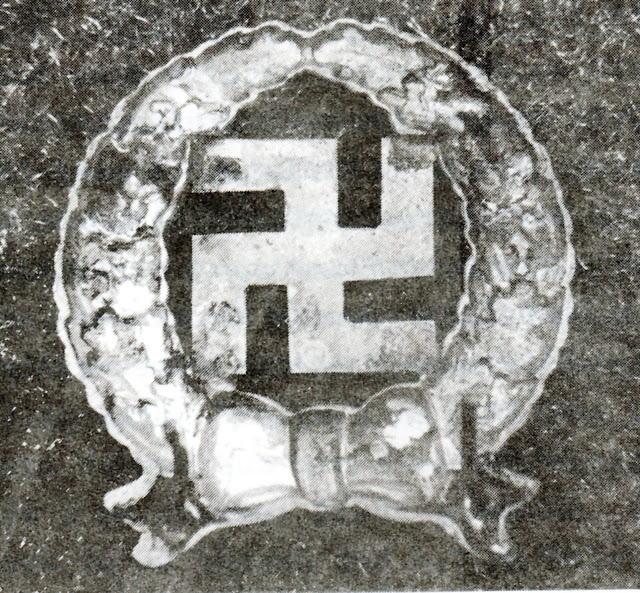 Roll of Honour Clasp - Army - Solid swastika version - Reverse.
On 30 January 1944 Hitler instigated this clasp to reward members of the army and Waffen-SS who had been entered on the 'Honour Roll of the German Army'.  This roll had been started in July 1941 to record the honourable and heroic deeds carried out by its members.  No tangible evidence of an entry on the roll existed.  This badge filled the purpose of being an outward show of inclusion on the honour roll.  It comprises of a finely gilded and stamped wreath of oak leaves, with a ribbon and tie at its base and a large square swastika in its centre.  The badge is finely executed and gives a definite three-dimensional appearance.  The wreath measures 24.5 mm across and is formed of five bunches of oak leaves on either side, comprising of two and three bunches respectively.  The width of the wreath is 5 mm at the widest point and this tapers to the apex where the two sides meet with a single oak leaf, tip to tip.  At the base, the bow is full and forms the base of the badge itself with a width of 21 mm.  The height of the badge from the base of the ties to the tip of the apex is 26 mm.  The swastika is of the non mobile type and stands proud of the top of the wreath.  The legs of the swastika have a fine indented line running round the whole of the emblem.  The swastika itself produces two forms of this badge and they are namely the one in which the swastika is separately attached to the wreath by the tips of its forearms and then soldered, while the other form is die struck as a one piece striking.  Both pieces look superficially identical but can be differentiated by the void between the swastika and the wreath at the attachment points.    The reverse takes the outline exactly in negative of the obverse, being stamped in the latter form while the swastika is flat in the former.  It has four pins for attachment on the reverse, to enable it to be secured to a piece of Iron Cross ribbon, Second Class.  Approximately 4,556 awards of this clasp were rendered at the end of hostilities, making it a considerably rare award.


From the collector's point of view, the smallness of its size and the way that it was attached to the tunic, has made this a very difficult award to obtain. 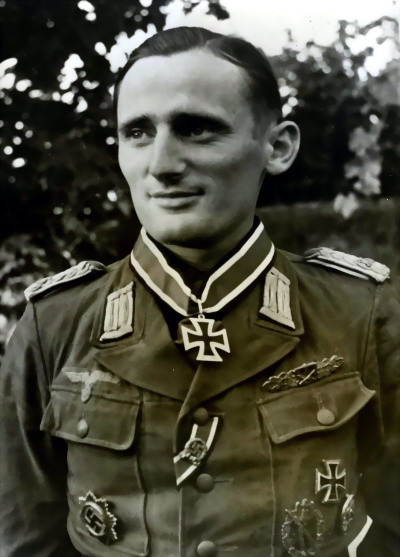 
He was a highly decorated Major in the Wehrmacht during World War II. He was also a recipient of the Knight's Cross of the Iron Cross. The Knight's Cross of the Iron Cross and was awarded to recognise extreme battlefield bravery or successful military leadership. The German Cross in Gold, The Roll of Honour Clasp – Army. He was also awarded the very rare Close Combat Clasp in Gold one of only 631 awards. The Infantry Assault Badge in Silver. 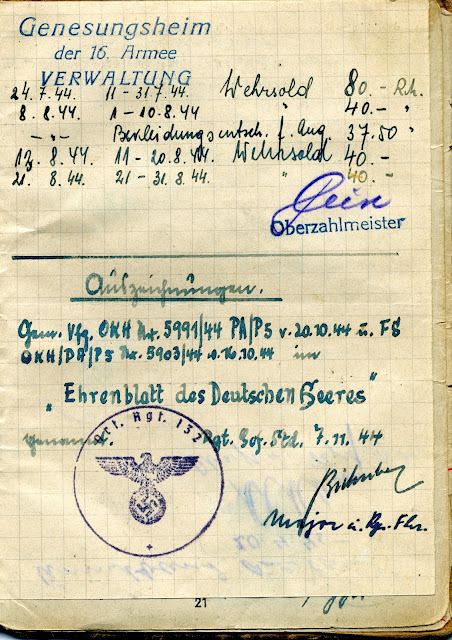 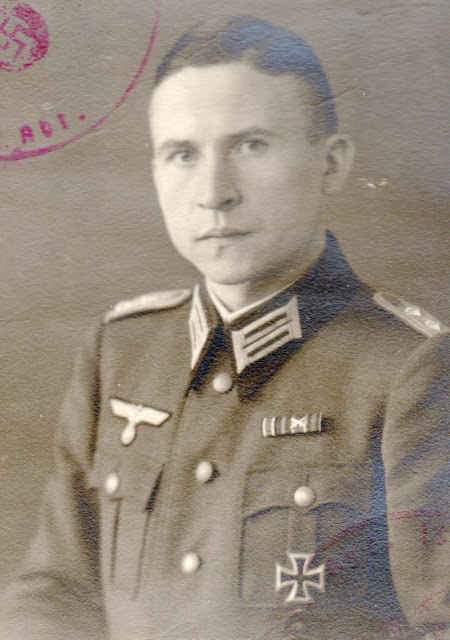 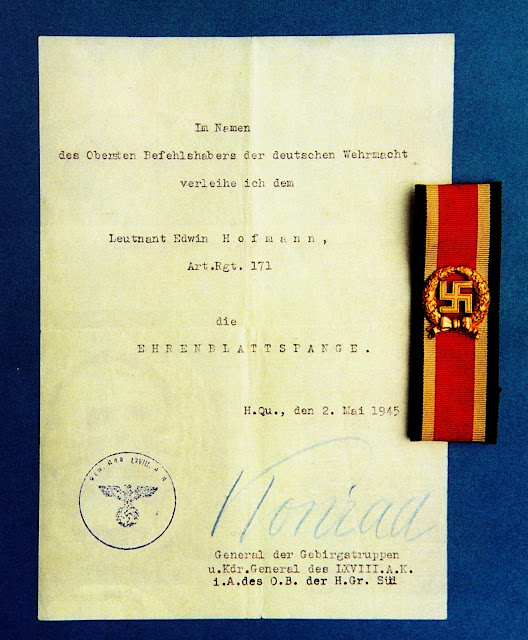 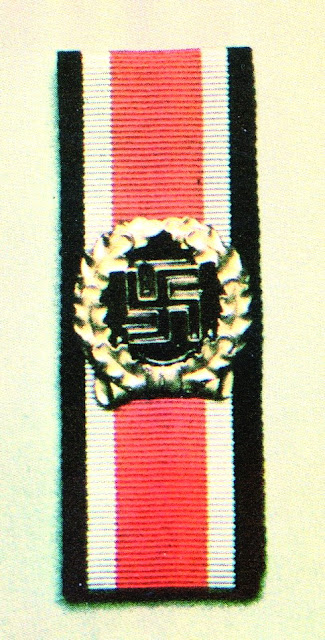 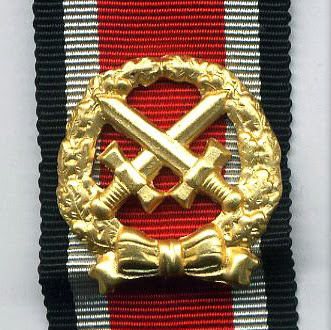 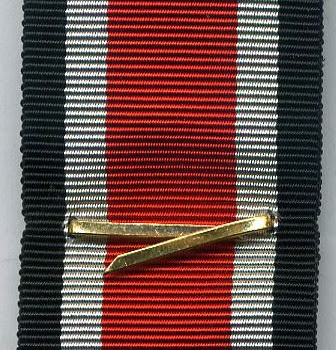 Posted by Christopher Ailsby at 05:17