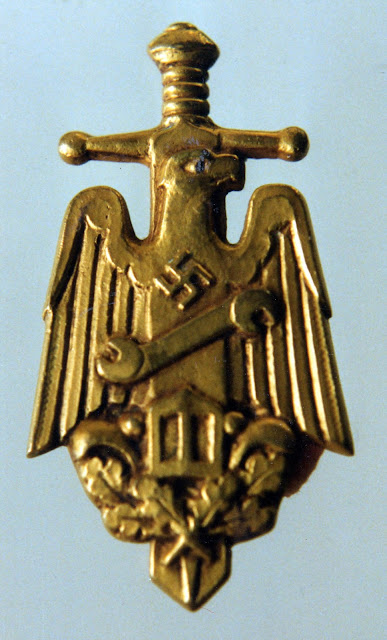 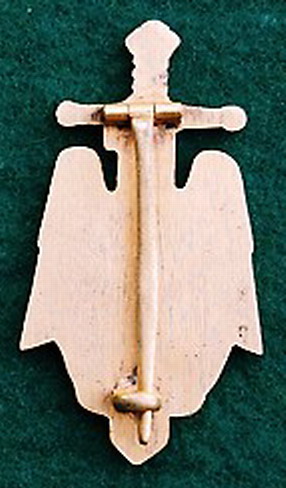 The badge comprises of a broad sword that measures 56 mm in length with a cross guard measuring 24 mm. Onto this is superimposed an eagle with semi closed wings, its head facing to the viewers right. The body of the eagle takes the form of the blade of the broad sword. At the top of the eagles stylised chest is a raised swastika. Directly below again raised is a spanner, that over laps the sword on either side. At the base, just below the wings is a stylised motor radiator with mudguards on either side. Beneath this is a sprig of oak leaves, three on either side. The over all colour is guilt.

The reverse is flat with a hinge pin and large C catch.

The Motor Technical Training Establishment of the SS was formed at Graz for the inspection and testing of Waffen-SS motor transport and for the training of mechanics. In august 1944 the establishment became part of the Transport Troops. There was also an establishment in Prague. This organisation awarded a number of diplomas. They also gave an award for excellence, which was the metal badge as described. If this came in three grades bronze, silver and gold is not known. In the line of progression are a number of illuminated citations. These cover a number of branches of expertise. These have a facsimile of the badge at the top with the relevant examination depicted at the centre. One such citation was awarded by the Motor Training Establishment of the SS on successful completion of the Technical Master Sergeant’s Course. This was signed by the commander SS-Oberführer Neblich. 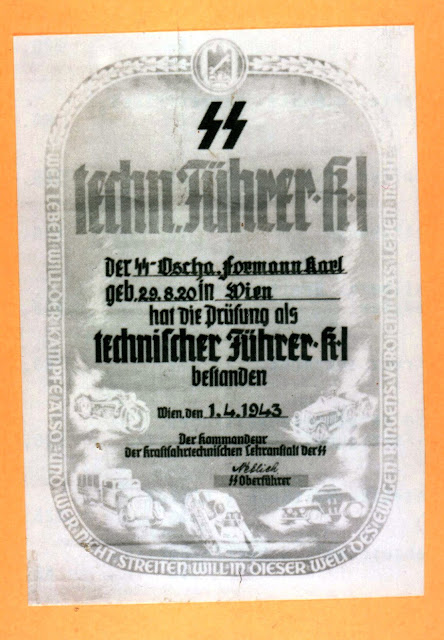 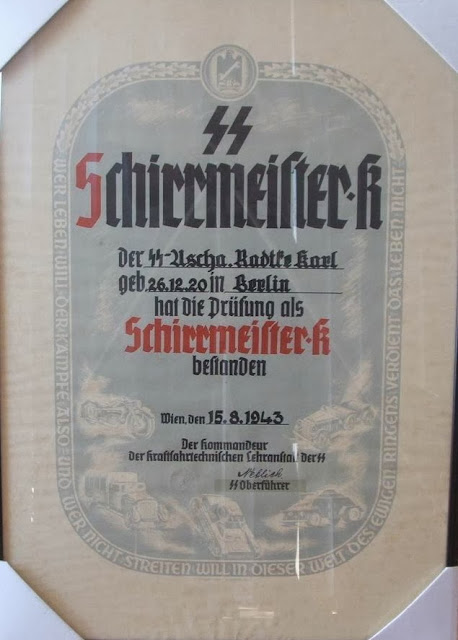 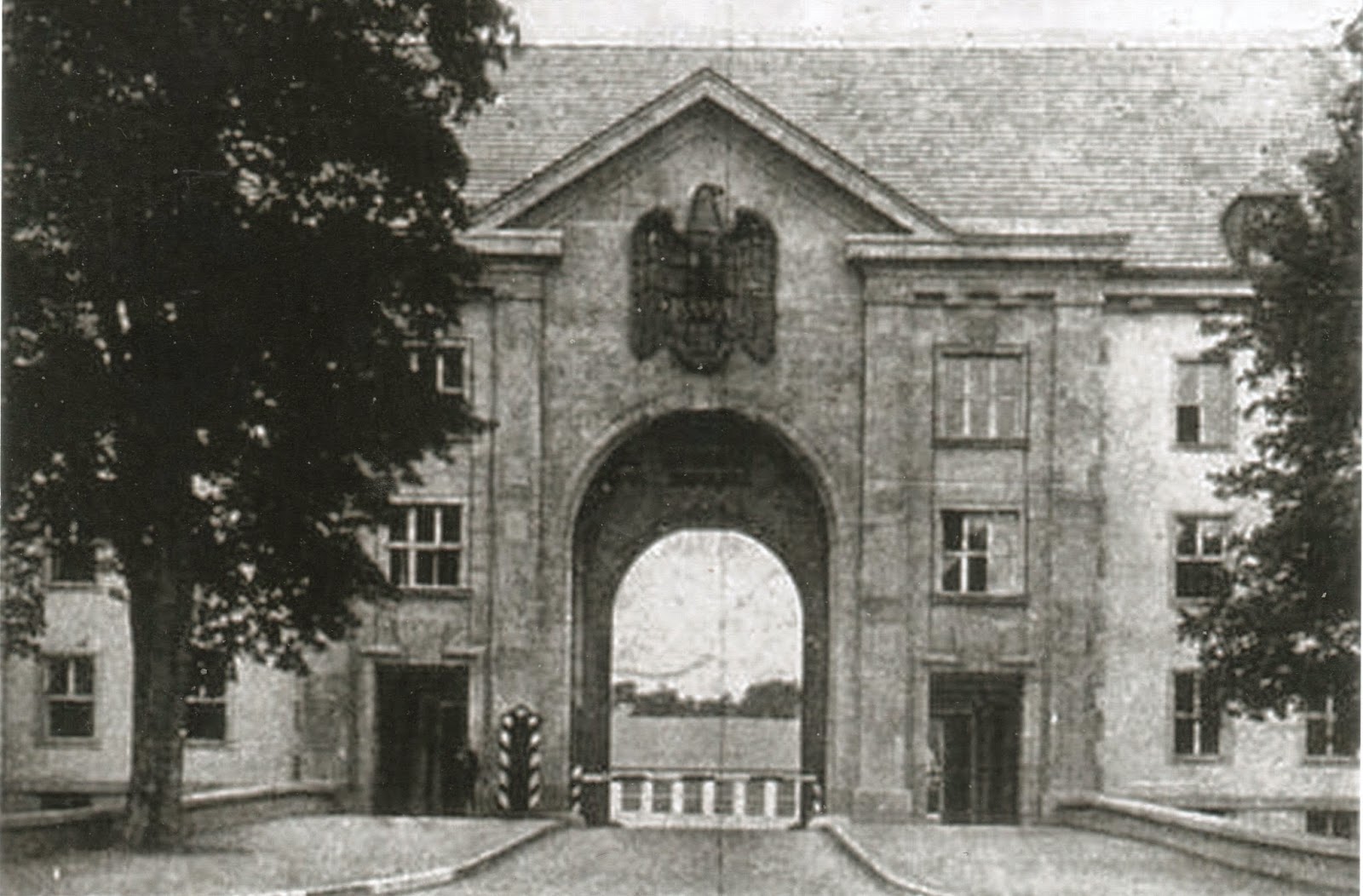 The SS Motor School in Vienna. 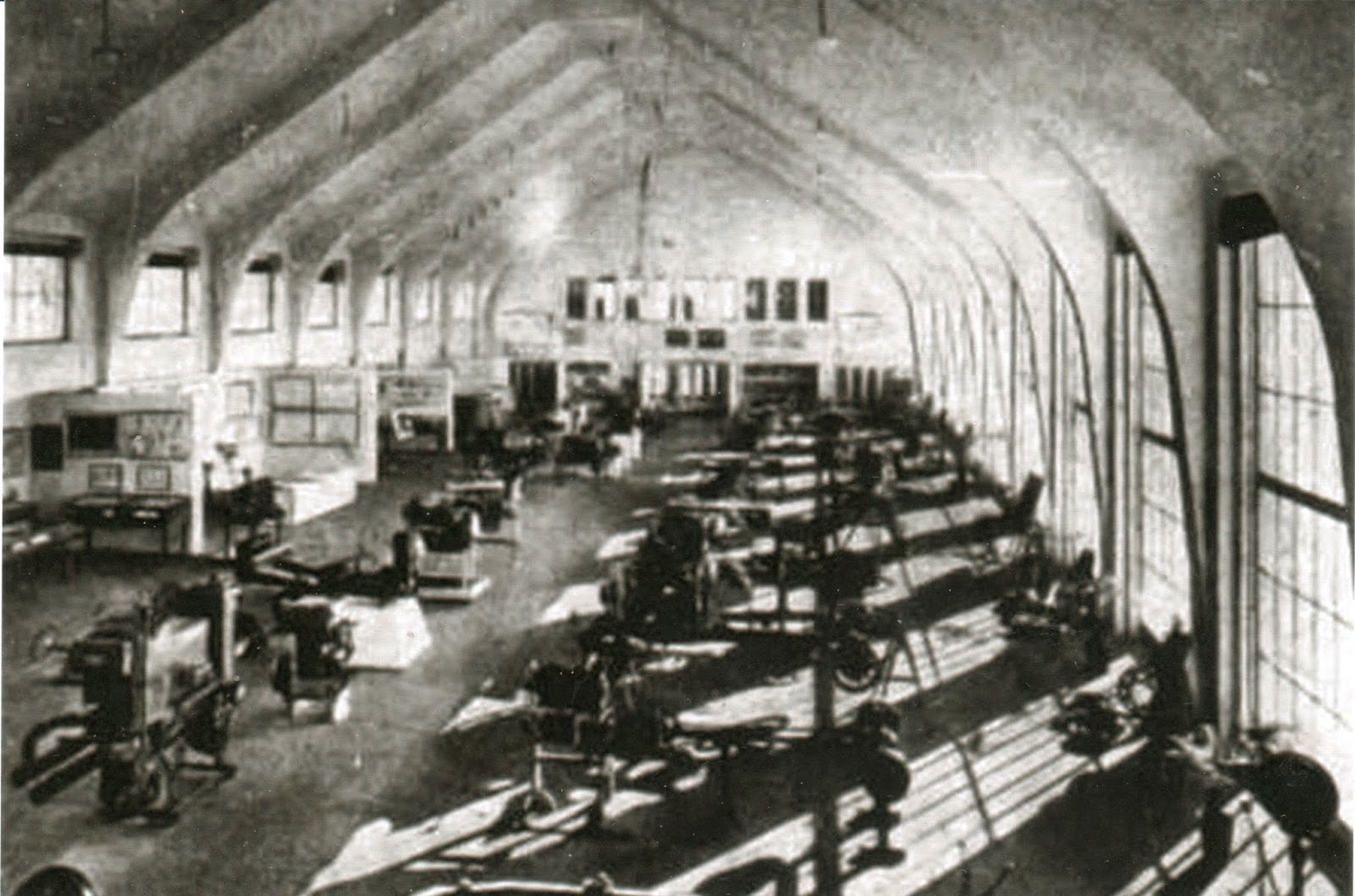 The SS Motor School in Vienna Work Shop.
﻿
Posted by Christopher Ailsby at 12:34