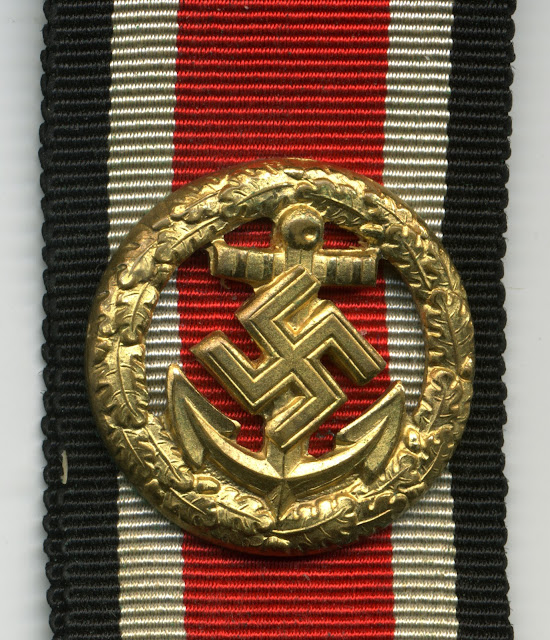 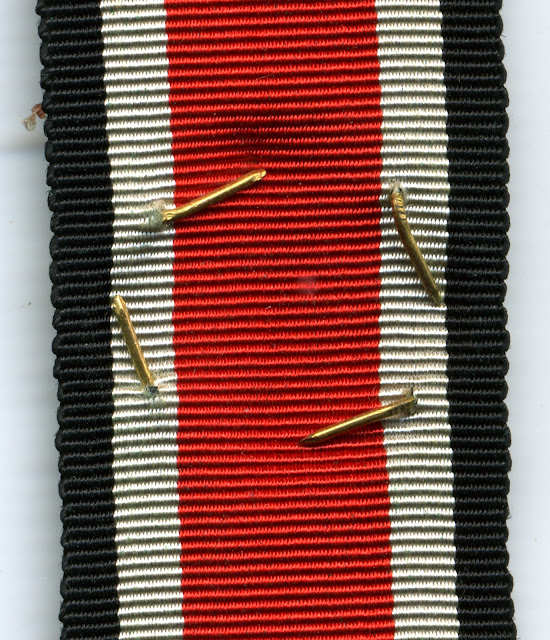 
On 13 May 1944 Grandadmiral Dönitz instituted the naval version of the Honour Clasp to recognise those members of the navy who had been entered on, 'The Honour Roll of the German Navy', which had been opened in February 1943.


The badge is produced from a single stamping but the gilt wreath is slightly larger, measuring 26 mm across.  The oak leaves comprising the gilded wreath are continuous and are made up of fifteen individual bunches of irregular design, measuring 3.5 mm across.  The central motif is an anchor surmounted by a swastika.  In this case, the swastika is mobile and also has the fine recessed line running round the edges of the legs.   The field beneath the base of the anchor and the wreath should not normally be voided.  The reverse takes the negative design of the obverse, being stamped.  It has four fine prongs to attach it to the Iron Cross Second Class ribbon.


The recipient had already to be in the possession of the Iron Cross First and Second Class.  The clasp was worn on the ribbon of the Iron Cross Second Class at the second buttonhole of the uniform.  If the recipient already held an Iron Cross Second Class bar, he only wore the Roll of Honour Clasp. It has been recorded that there were 37 recipients making it an extremely rare award. However many more were manufactured. This type of honour clasp is the hardest of the three clasps to obtain for one's collection. 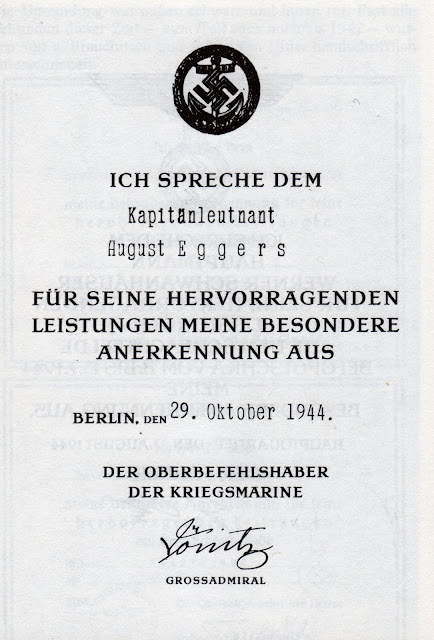 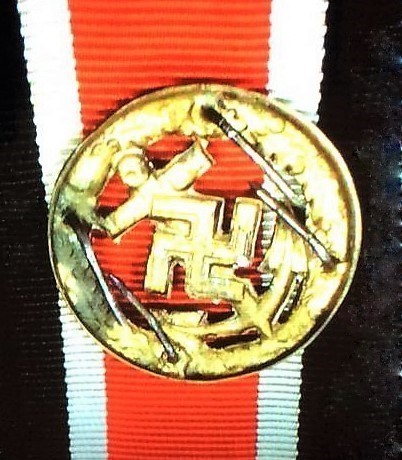