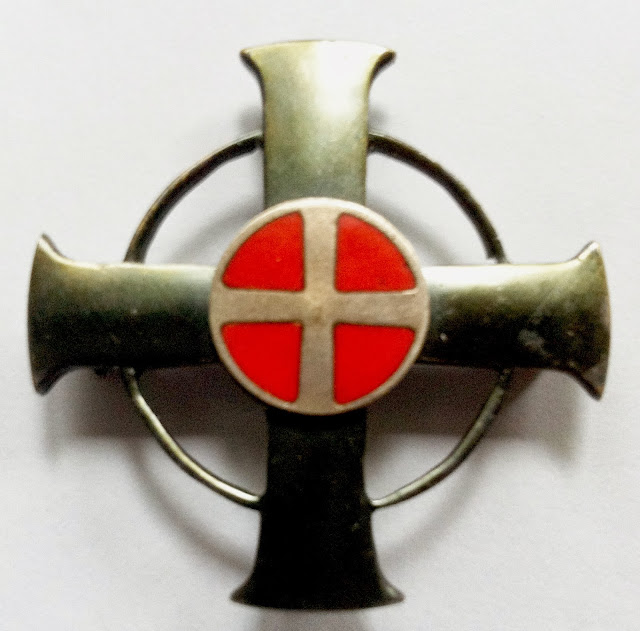 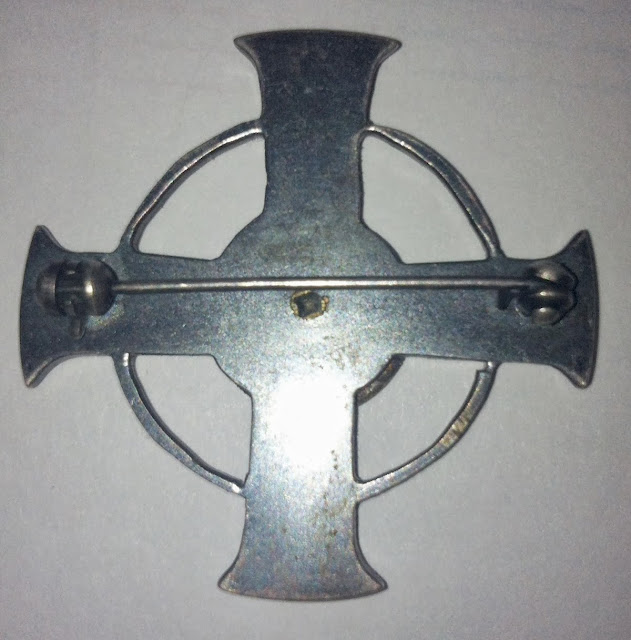 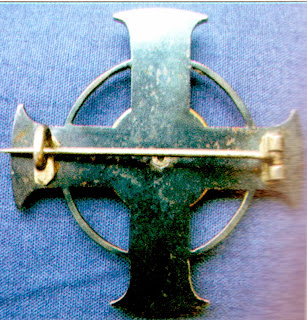 
The design of the award comprise of a Latin cross that measure 39 mm across with out-turned ends to the arms, which is described officially as “bronze“ but in fact is bluish – steel coloured. Through the arms of the cross runs a 1 mm wire circle that has a diameter of 27 mm. Onto the centre of the cross is placed the emblem of the Nasjonal Samling party which was the sun cross of St. Olaf, the fields of which were in filled with red opaque enamel and is silver in colour with a diameter of 14 mm. The reverse is flat with a central rivet that securers the sun cross of St. Olaf. It has a horizontal pin hinge and hook. Two forms have been encountered, a thin wire that raps round the hinge and has a rolling catch and a similar pin attached to the hinge and a “C “form catch. The cross in most cases made by the firm K. Laakso in Oslo.


The Police Decoration Is in one class only, and was given to those who served in the 1st or 2nd Police Company in Finland. It was awarded to those members of these 2 units who had displayed service that could be deemed,” For special endeavour in the struggle against Bolshevism”. It was to be worn on the left breast pocket of the tunic.


There also exists a version suspended from the upper arm by a ribbon that is an orange red that measures 44 mm. Onto the centre is machine sewn on top a piece of yellow ribbon tape that measures 12 mm. this award is called the National Police Honour cross and was only awarded to police men in Norway.