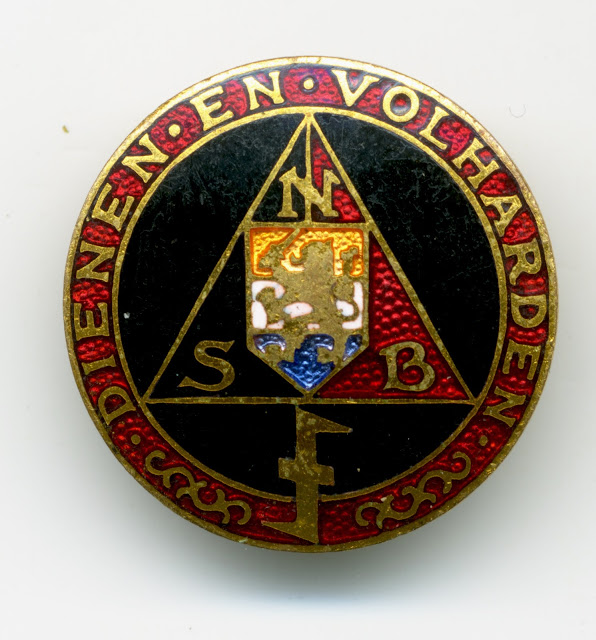 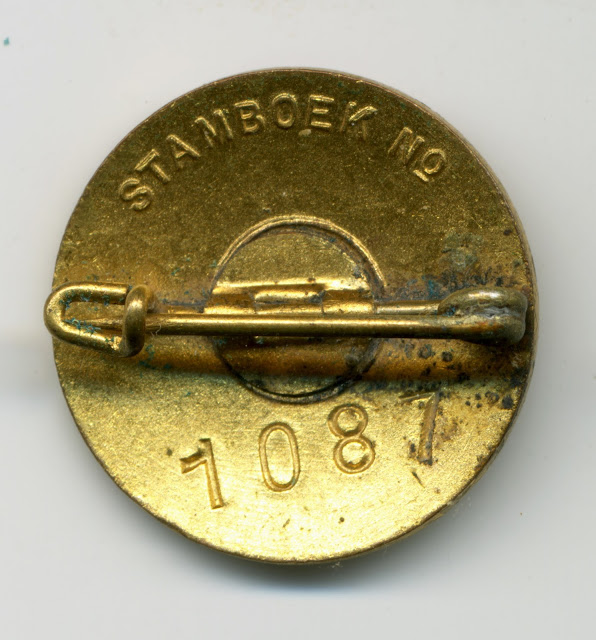 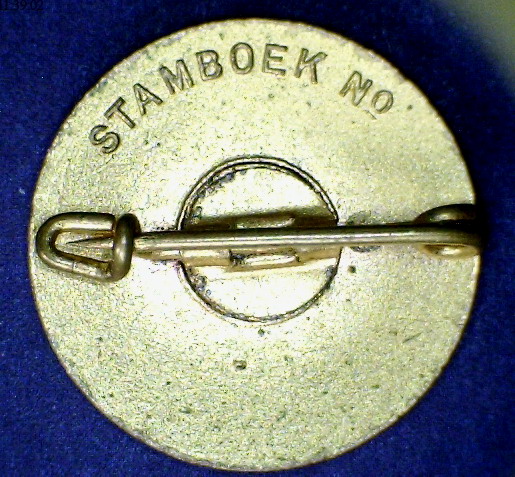 “Serve and Endure” Badge - Reverse - No  NOT STRUCK.


Possibly instituted about the same time as the “Combat Sacrifice” Badge of Honour, the “Serve and Endure” Badge was given to female Party members only. It was necessary to have been in the Party for at least five years before an award of this badge could be made. No definite requirements were laid down only the general directive that it would be given “for outstanding acts of devotion to the Party”. It is similar in size 22mm and appearance to the “Combat Sacrifice” Badge of Honour. It shows the N.S.B. member’s badge in coloured enamel above gilt “wolf hook”. The background to this is black. The surround is red and has, in gilt, the words, “Dienen en Volharden” – Serve and Endure. The reverse is numbered. Some example, very rarely found is unnumbered. The reason is not known, but could be those pieces given to non Party members who had contributed to the well-being of the Party’s cause
Posted by Christopher Ailsby at 09:55