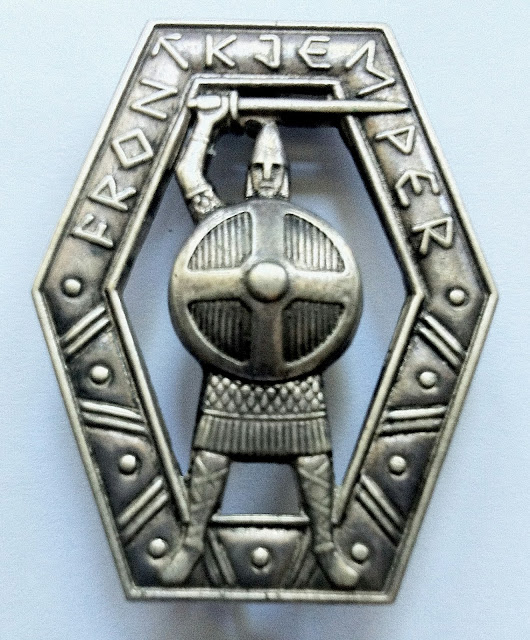 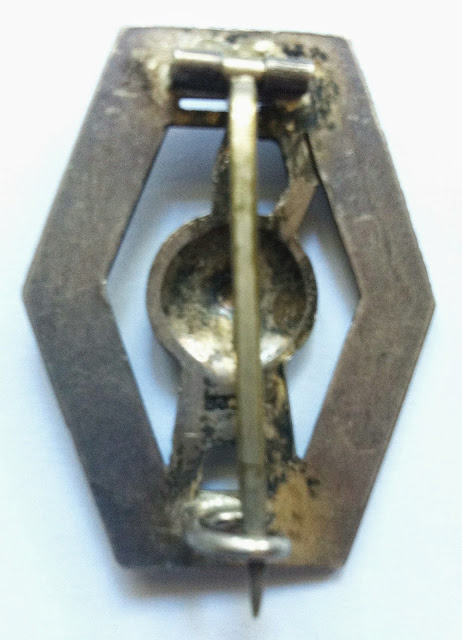 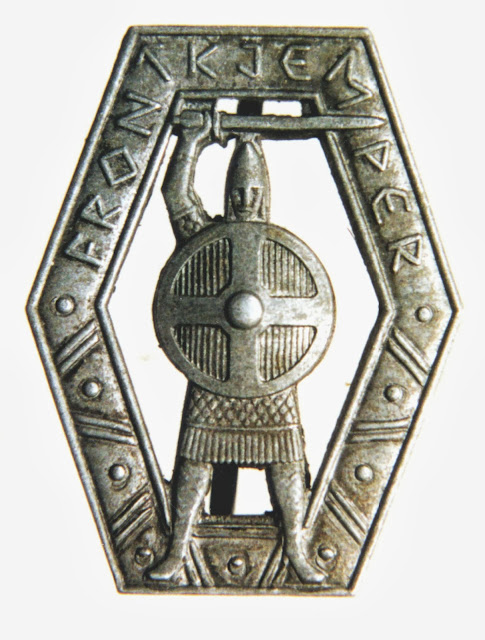 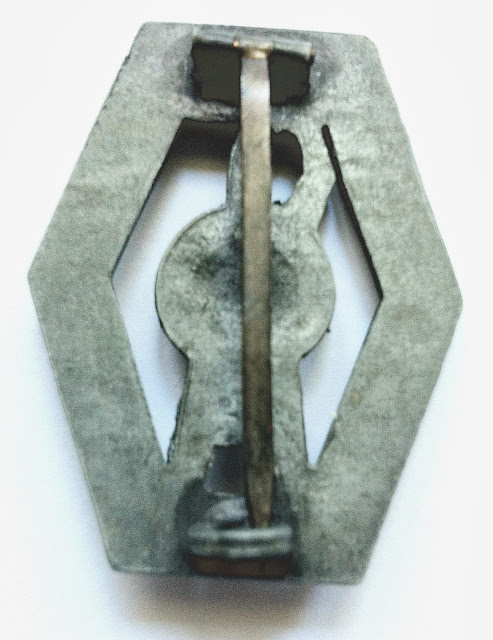 
This award was designed, by Harald Damsleth, and comprises of a six sided badge measuring 43.5 mm by 34 mm.  It has a border with a 1 mm edge line to either side and a width of 6 mm.  The field between the tram lines is slightly convexed and on to this is superimposed, in raised sham runic script, 'FRONTKJEMPER', which translates to, Front Line Fighter.  The lower portion has nine pellets separated by eight parallel lines, placed on opposing diagonals.  At the centre is a Viking warrior, with his feet resting on the bottom edge line.  He holds a sword above his head pointing horizontally to the viewer's right and across his body he holds a shield bearing the sun cross.


The reverse is flat with a slight dip behind the shield.  It has a barrel hinge, narrow flat pin and 'C' form hook soldered directly to the body of the badge.


There are three forms of the badge.  One is produced in white metal that is artificially patinated and believed to have been produced in .  The other form is produced in silver that is, likewise, artificially patinated, the silver content 830 s being stamped on the reverse. This type was produced in Norway. The third is a form produced in zinc, again produced in Norway. Most collectors in Norway thought the zinc version was made in 1947, and sold to those SS members who had lost their badge during the war or taken by soldiers of the resistance movement. But now there has been found papers from the Norwegian “Riks arkiv”, that states the badge in zinc was made during March 1945. In March 1945 Bjørn Noreger, Head of the Front Fighters Office ordered 2000 Front Fighters Badges in zinc in order to distribute them to the members who had lost their badges due to different reasons as stock of the silver badges were now unavailable. The Front Fighters Office decided to replace them with cheaper badges made in zinc. The job was assigned to the jewellery company Brilliant Ltd in Torggata 34. At first the company produced 1000 badges at 7.50 Norwegian Crown per badge. As the Front Fighters Office was latter invoiced for 2000 badges in total, it may be assumed that the other 1000 badges were produced by the same Company.


The jewellery company supplied the Front Fighters Office with the first 1000 badges on 24th March 1945. On 27th March 1945 Noreger sent a letter to the Minister Presidents Office explaining the reason for replacing the silver badges with zinc ones, a sample of the zinc badge and the invoice from the jewellery company were enclosed with the letter. The Minister President Vidkum Quisling did not agree with Noreger’s initiative and proclaimed his decision through the Chief Councillor ørnulf Lundesgaad as follows:


“Such order was not authorised by me and thus I will not pay for it. The lost Front Fighter Badges shall not be replaced unless a duly explanation letter is submitted. V. Q. 28.3.45”. On 6th April 1945 Noreger received the letter. Thus the zinc version of the Front Line Soldiers Badge are extremely rare, considering only 1000 examples can be attributed and the date of their production and delivery being but days before the War was over.


The award was instituted in October 1943 by Vidkum Quisling and was awarded to all Norwegian military personnel who saw active service on the eastern front.  Women as well as men were eligible.  Nurses serving with the combat troops were also entitled to the badge. It was awarded in a large light brown card board box that had a base liner of pressed white cotton together with a miniature for civilian wear. It was accompanied by a citation. The badge was worn on the left breast pocket of the military uniform. 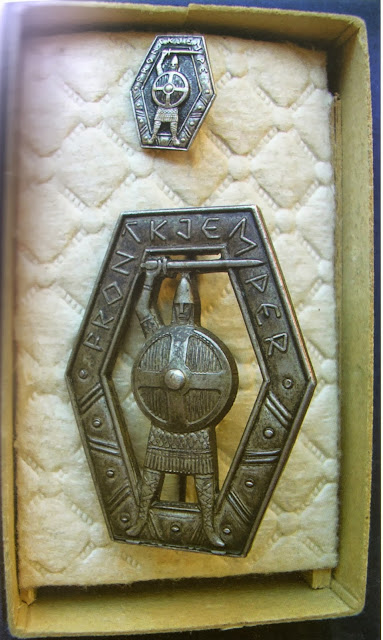 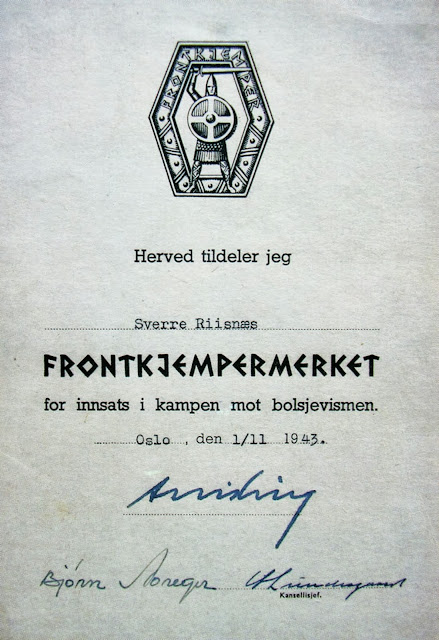 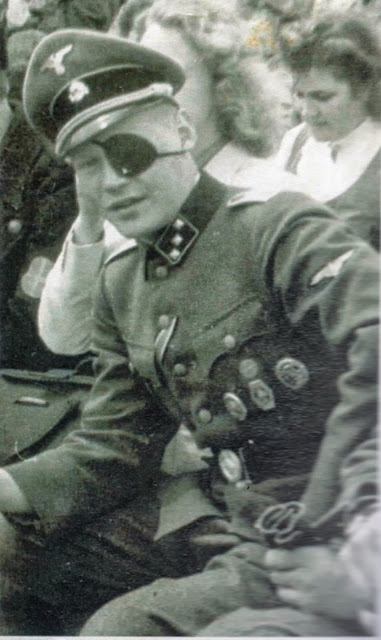 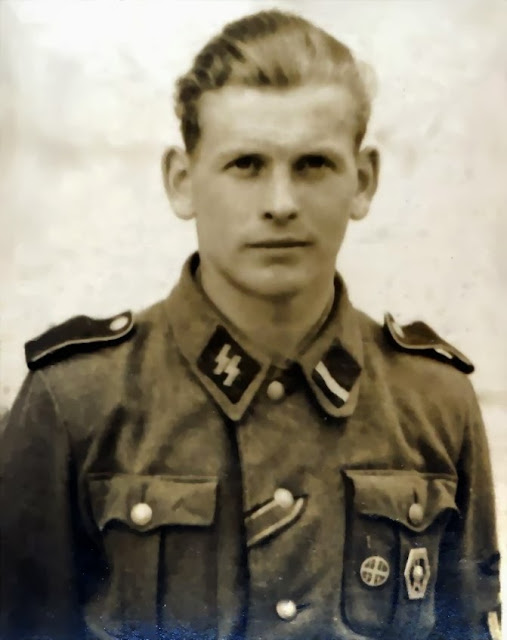 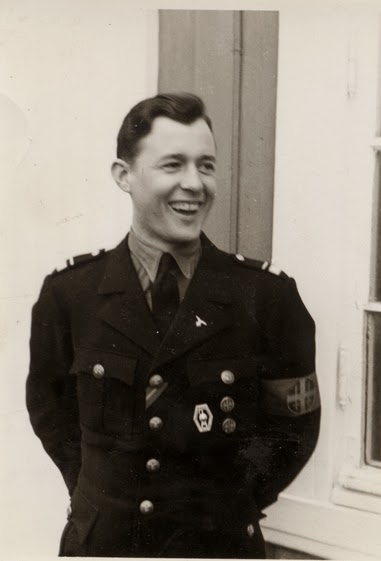 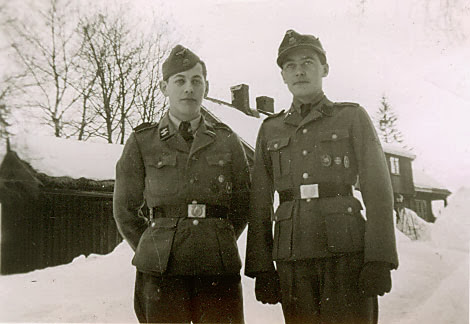 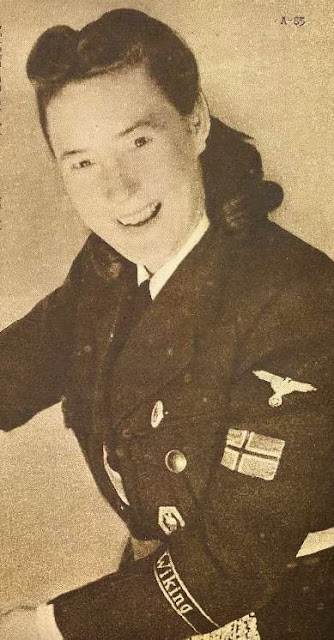 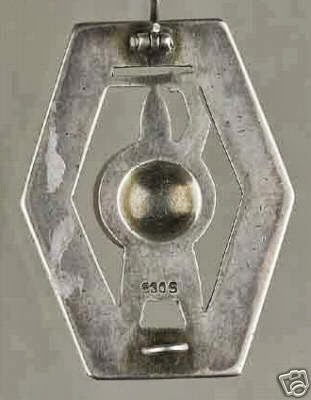 Posted by Christopher Ailsby at 13:52