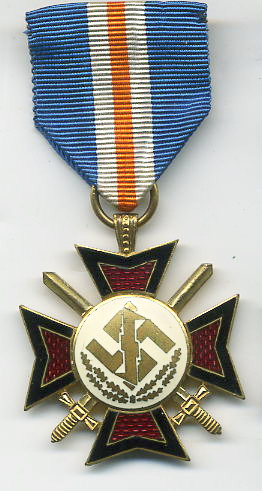 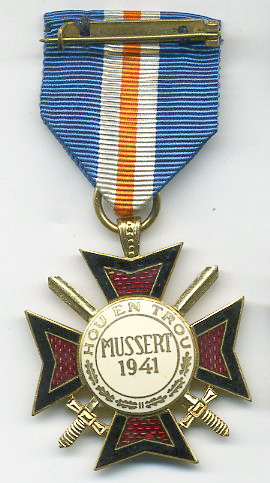 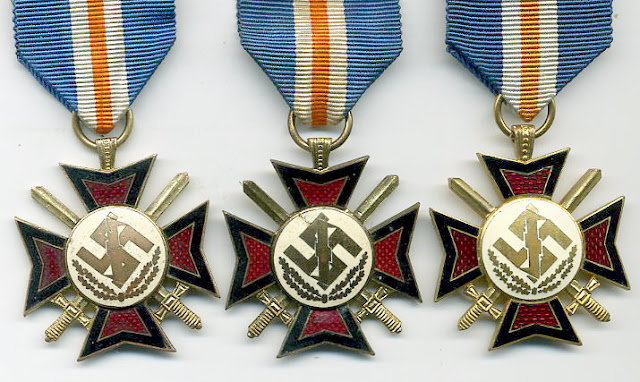 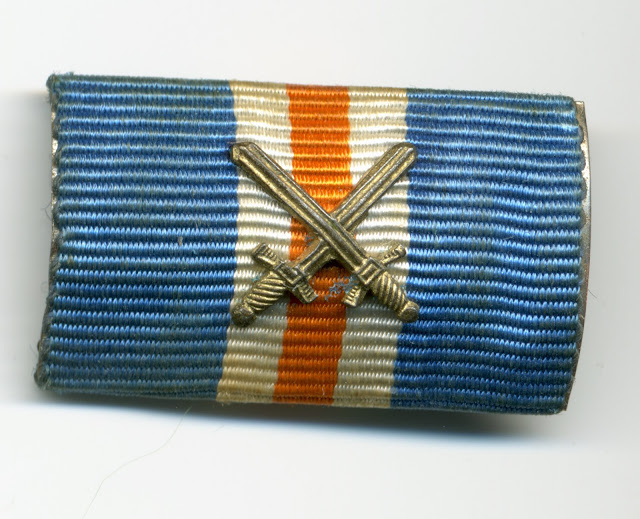 The Mussert Cross - Ribbon bar.
﻿
This award takes the form of a Bath cross, arms widening with shallower V ends with a large central medallion. It measures 38 mm across. Following the outer edge of the arms of the cross is a 2mm line of opaque black enamel. The inner field that is formed on each arm is in filled with translucent dark red enamel that shows under lay stippling. The central medallion is of off white opaque enamel, measures 20 mm and is slightly convexed. This has the Wolf Hook emblem superimposed upon a swastika. Beneath is a half wreath of oak leaves. Through the quarters of the arms of the cross are placed swords. From the V off the upper arm of the cross is a finial through which is placed the ribbon ring.


The reverse takes the same design as the obverse save that the central medallion has a 2.5 mm tramline into which in the upper area is the inscription in capital letters Hou en Trou which translates to steady and True. Around the lower half are 6 oak leaves. All the metal parts are in gilt.


The ribbon is in the Dutch National colours and is sky-blue with a central orange stripe on a white background. It was presented in a maroon oblong card box along with a ribbon bar with gilt crossed swords.  Examples of the cross have been encountered with the swords not present. Together with the fact that the ribbon bar is with swords has given rise to the speculation that there possibly is a class without swords.


Anton Mussert instituted this award in his own name in the spring of 1942.  It was to recognise the bravery of Dutch volunteers serving with the Germans on the Russian front. Permission to award the cross was not sort of Hitler and thus the award could not be worn on German uniform, but of course it could be worn in Holland on any NSB or related uniform. 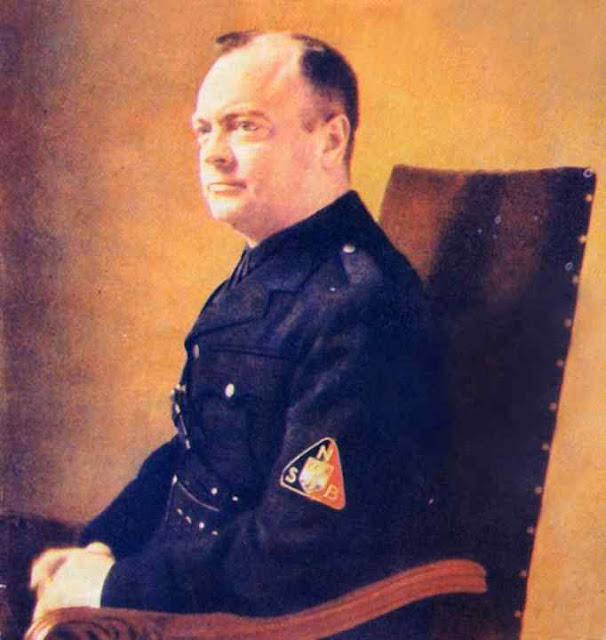 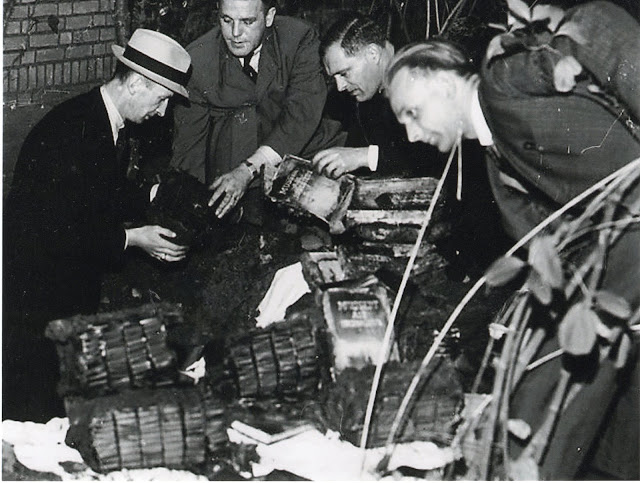 
Officials discovering The Mussert Cross after the

War
Posted by Christopher Ailsby at 04:12