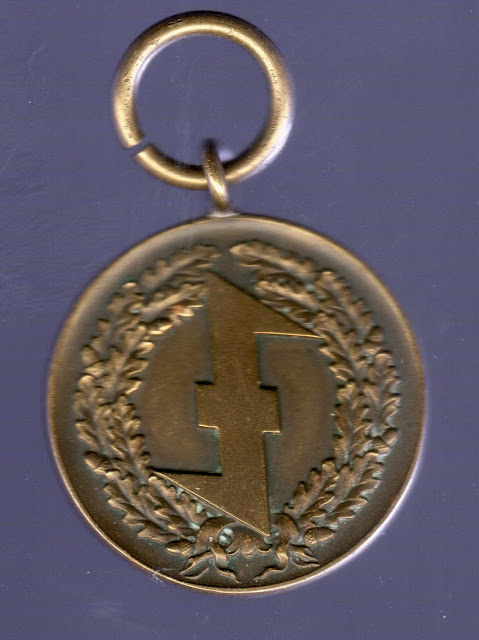 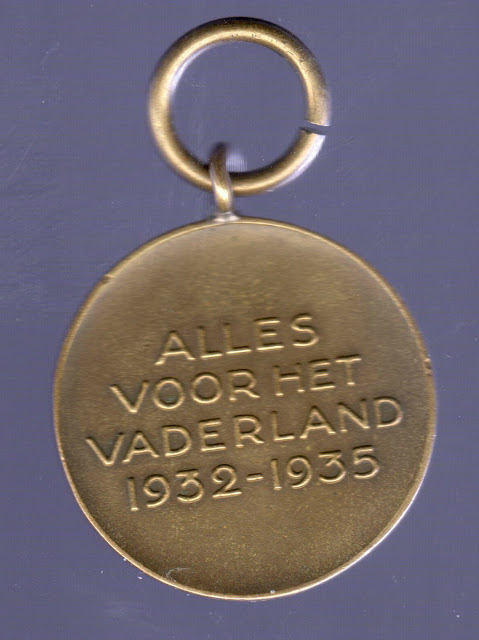 W.A. “Old Fighters” Medal - Reverse.
﻿
This comprises of a round bronze medal measuring 36 mm in diameter. The obverse shows the “Wolf hook” symbol of the W.A. within a wreath of oak leaves. The reverse has the wording, “Alles voor het Vaderland” all for the Fatherland the motto of the W.A. and the dates 1932 – 1935. It hangs from a red ribbon with black stripes.


The W.A. or Storm Troopers was formed in 1932, but disbanded in 1935 under a government decree prohibiting all Para military, political militias. The W.A. was reactivated after the start of the occupation in 1940. In November 1942 the tenth anniversary of its formation, Mussert instituted a “Strjdersteken der W.A.” literally “Fighters Badge”, but “Old Fighters” or “Veterans” Medal is closer to the sense of the original. Anyone who had served in the W.A. or in the militias of the NSNAP or “Dinaso” now absorbed into the W.A. was eligible, as were members of the “Mussert – Garde”. The first awards were made in January 1943. 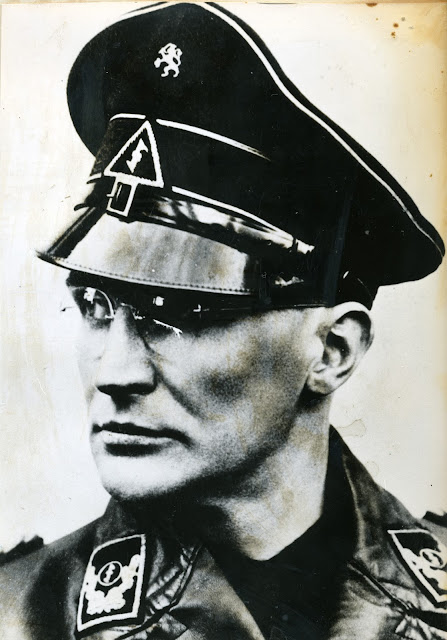 Zondervan A.J. - Commandant of the W.A. 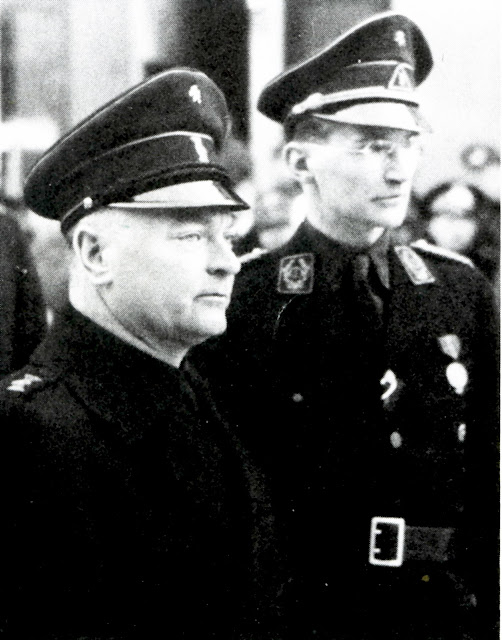 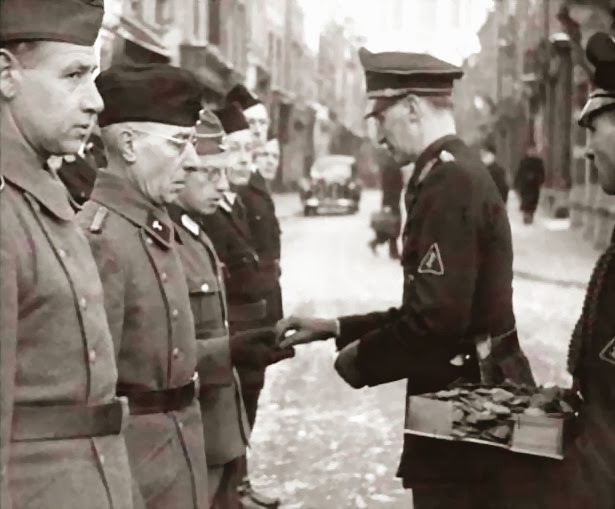 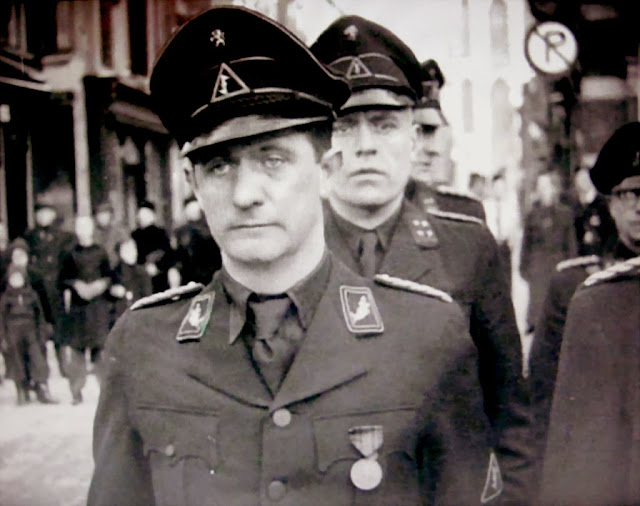 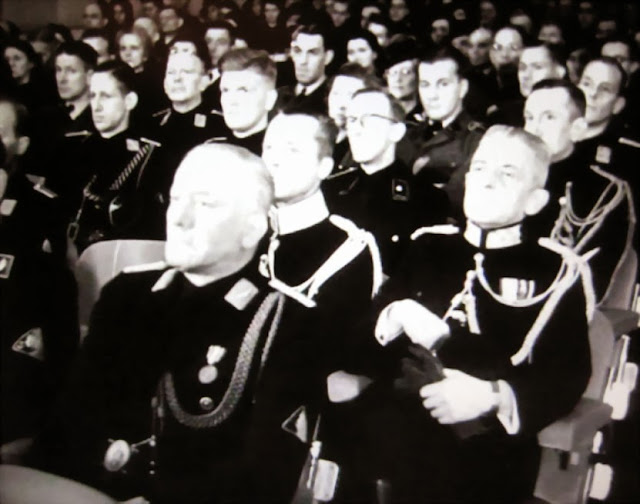 W.A. “Old Fighters” Medals in wear at an official meeting. 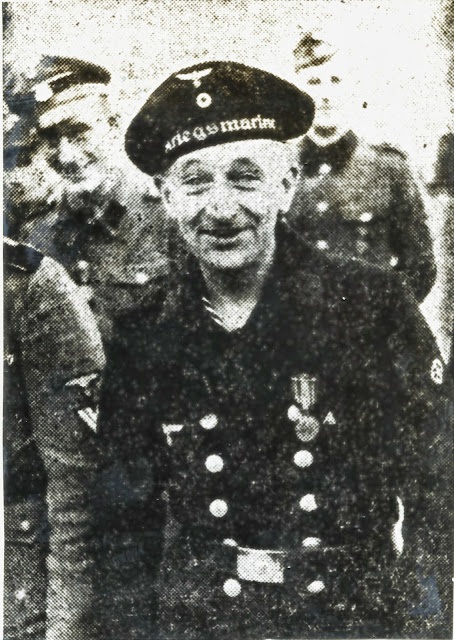 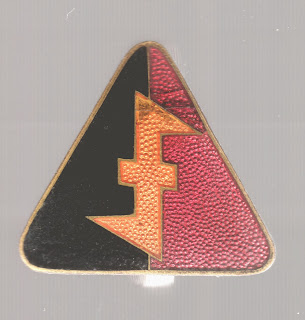 Posted by Christopher Ailsby at 05:13