This is a small oval badge that measures 18 mm by 16 mm, which is constructed in two parts, the NSD St. B or Students Federation membership badge and the oak leave wreath, which forms the base plate. The wreath is formed of overlapping oak leaves; three bunches of two and a single meeting on each side, tip to tip.  The base has a protrusion that has a tie on either side.  The leaves are very well defined and at the centre is a swastika in a diamond shape, the membership badge for the NSD St. B.  The arms are black and the upper and lower fields red, while the lateral ones are white.  The diamond sits into the recess of the wreath. The badge and wreath are in silver wash that is artificially patinated.  The reverse is flat and has a long needle pin soldered to its centre.  On the upper section is stamped the issue number in small numerals. Numbers have been encountered as high as 4060.

This is the NSD St. B's equivalent of the Golden Hitler Youth Honour Badge, for membership and this was counted in this case before 30th January 1933.  It has been suggested that only about 4000 of this award were bestowed. Further criteria for the award, apart from that given, are unknown by the author as is the citation and the box that accompanied the award.

The Reich’s student leader instituted it on 9th March 1934 for all members who had been active before 30th January 1933, when the Students Federation was still on a voluntary basis. National – Socialist students groups had been formed at some German universities as early as 1922, but these were simply student companies of the SA. It was not until February 1926 that a separate student organisation was established at München University by Wilhelm Temple. It received Hitler’s blessing in July and Tempel was confirmed as its Bundesführer. Before the end of the year there were some 20 groups in existence. In 1927 Temple transferred to Leipzig University. It was not a move calculated to further his career as Student leader since it removed him from Bavaria, the very heartland of the Nazi movement. His attempts to recruit “Worker students” involved him in ideological conflicts with the Party and he resigned in July 1928.

His successor was a twenty-year-old München student Baldur von Schirach, who proved to be an energetic and competent leader. He organised the NSD St. B into ten regions, each under a Kreisführer directly answerable to him. They wore black uniforms and an organisational emblem that was a black vertical, elongated swastika. At first NSD St. B members had to enrol in the NSDAP, but in 1929 this rule was waived. Membership of the NSD St. B was now extended to include students at Technical High Schools, Trade Schools and business colleges. The proportion of NSD St. B members at established universities was actually lower than at these other centres of further education. The removal of the necessity of belonging to the NSDAP meant that the NSD St. B could no longer rely on financial support from the Party. It had to be largely self-financing, with the result that its leaders often had to pay for its propaganda material out of their own pockets. Members were encouraged to join the SA and take part in the “Wehrsports” or “War Sport” training, which that organisation provided. But less than half did so. For those who wished to avail themselves of this form of paramilitary exercise, an alternative was established in the Langemarck Student Companies established in 1929 by Steel Helmet War Veterans Association. At the time of Hitler’s accession to power in January 1933 the NSD St. B had only 6300 male members and 750 female. In July 1933 the SA was granted a monopoly over all forms of “Wehrsports”. The “Der, Stahlhelm', or the Steel Helmet’s Studentenrin Langemarck was voluntarily subordinated to the NSD St. B, but in April 1934, like its Steel Helmet parent, it lost its identity altogether. The SA then tried to assert its authority over the entire student body. In September 1933 SA offices were opened at all German universities: students, whether NSD St. B members or not, were exhorted to sign on in an SA unit. In February 1934 it became obligatory for them to do so. But the SA’s dominance in this field was short lived. In June 1934 Hitler “purged” the SA by having most of its leading members shot. The SA offices at universities throughout the country were quietly shut down. At the same time the NSD St. B lost its former semi – independent status and became an integrated organ of the NSDAP. Enrolment in the NSD St. B was not, however, made obligatory, indeed its membership was deliberately restricted to 5% of the student body. 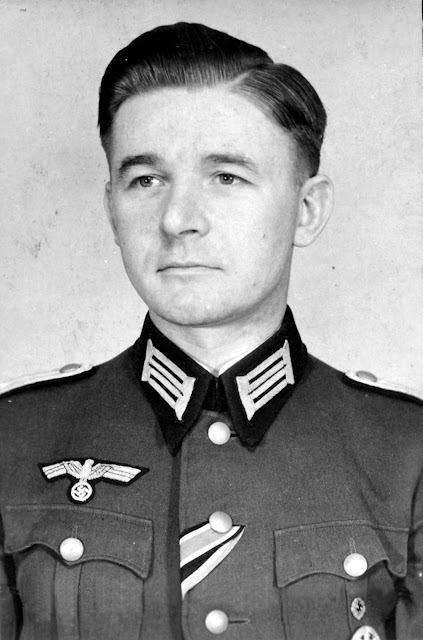