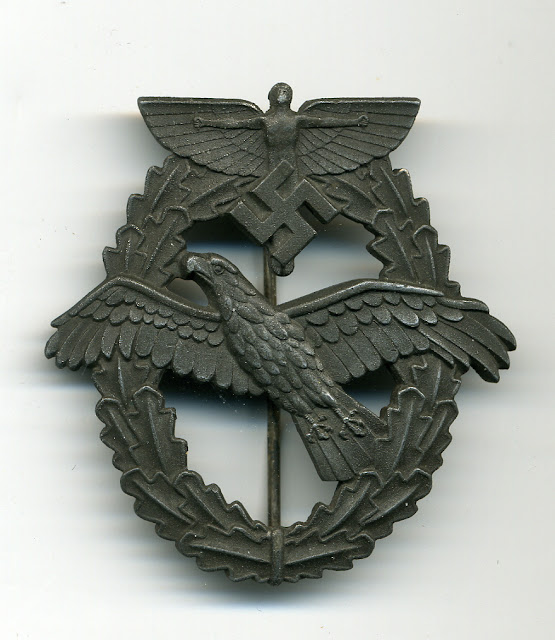 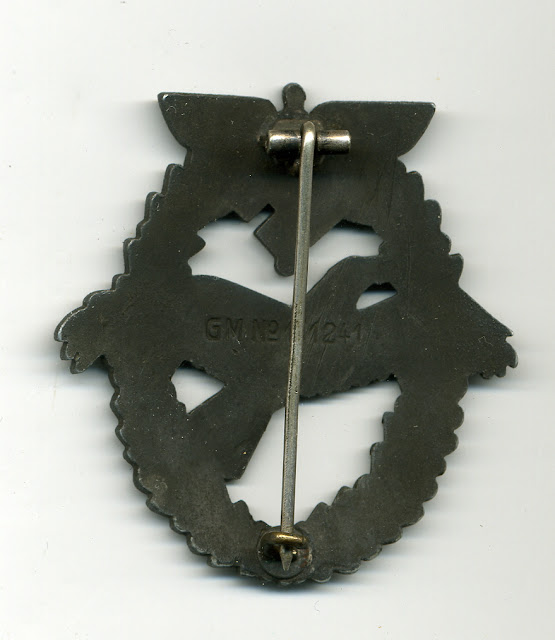 This badge consists of a more stylised oval wreath, which measures 56 mm by 40 mm.  The wreath is made up at the base of two single oak leaves with a single line tie and five bunches of two leaves.  The outer and inner edges take the line of the serrations of the leaves and measure 8 mm.  At the apex is superimposed the flying man emblem of the NSFK.  An eagle in flight is superimposed across the wreath its wing tips breaking the outer edge of the wreath on either side.  The wings measure 53 mm tip to tip.  The body of the eagle has irregular, individual feathers and the wings have a solid upper line with two lines of single feathers on either wing, nine on the upper left line and eight on the right, with the lower having ten and eight respectively.  The third line of irregular, large flight feathers has thirteen and eleven.  The eagle's tail, which runs under the wreath, has five feathers and the well-defined legs and claws are superimposed over them.

The reverse is plain with a hinge and hook that are formed on plates, which attach them to the body of the badge.  The pin is a needle type and across the centre of the badge is stamped, in small capital letters, 'GM No 111241'.  The badge is constructed from a zinc alloy.

This award was instituted in 1942 by NSFK-Korpsführer General der Flieger Christiansen and was to replace the previous metal award.  The badge was still to be worn on the left breast pocket of the uniform. 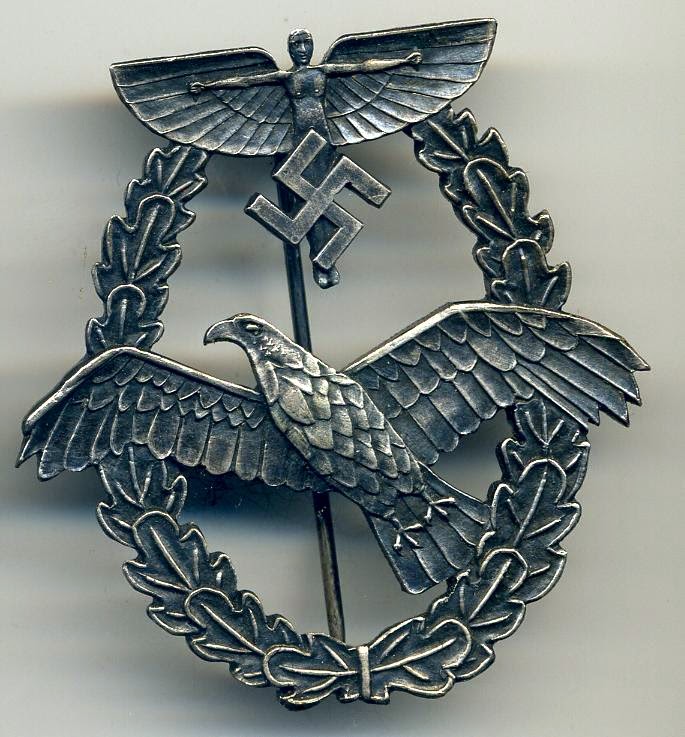 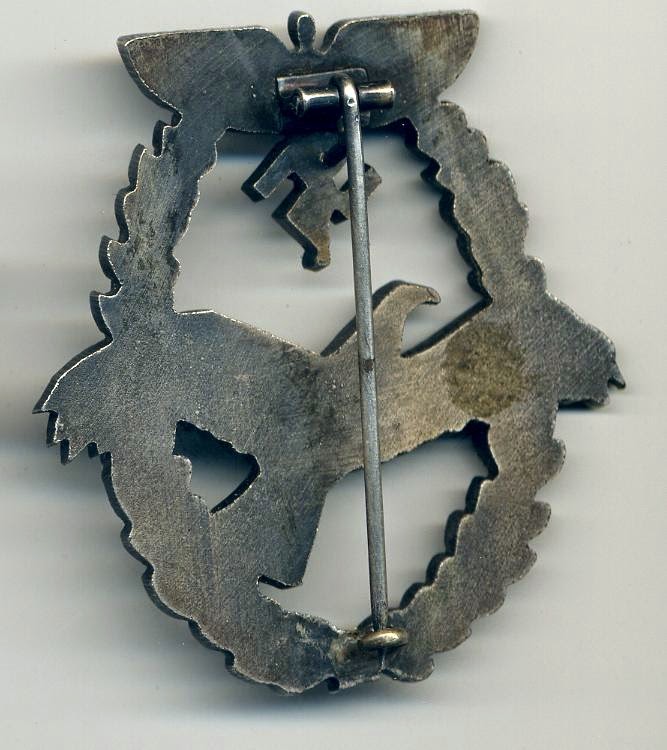 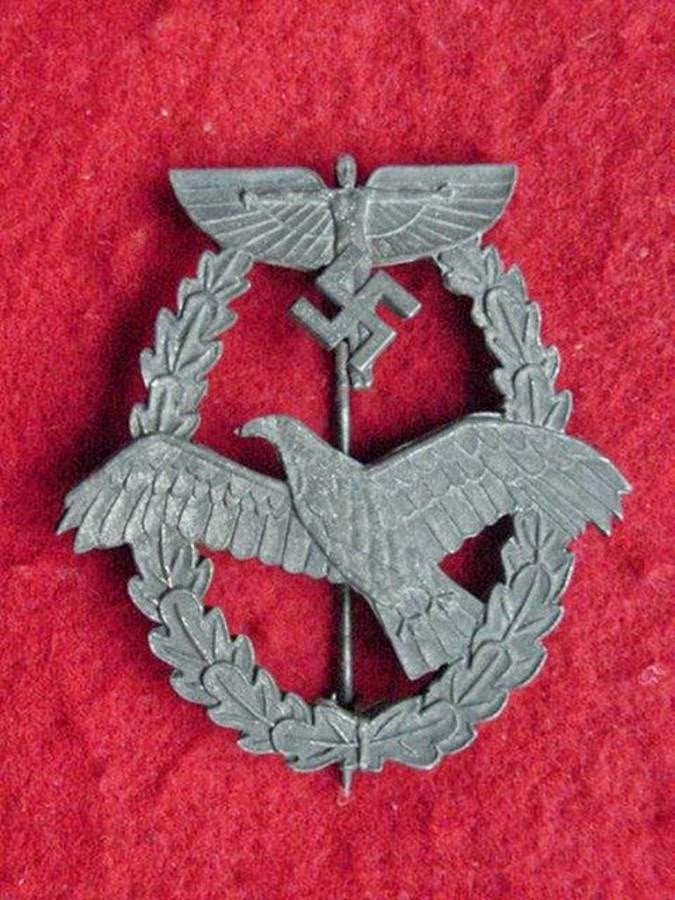 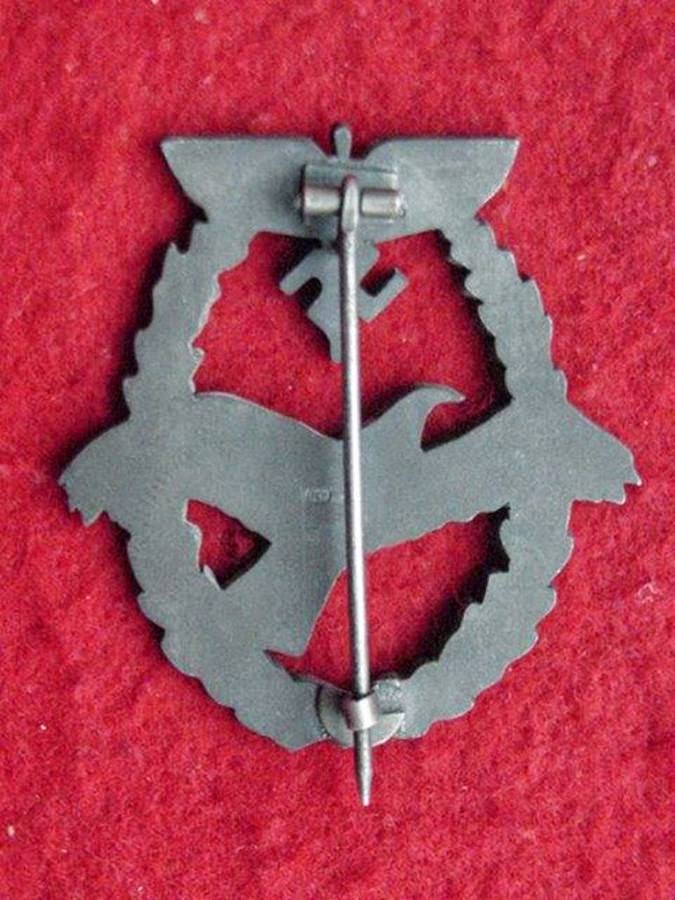 An example of a very poor interpretation. Crudely cast. 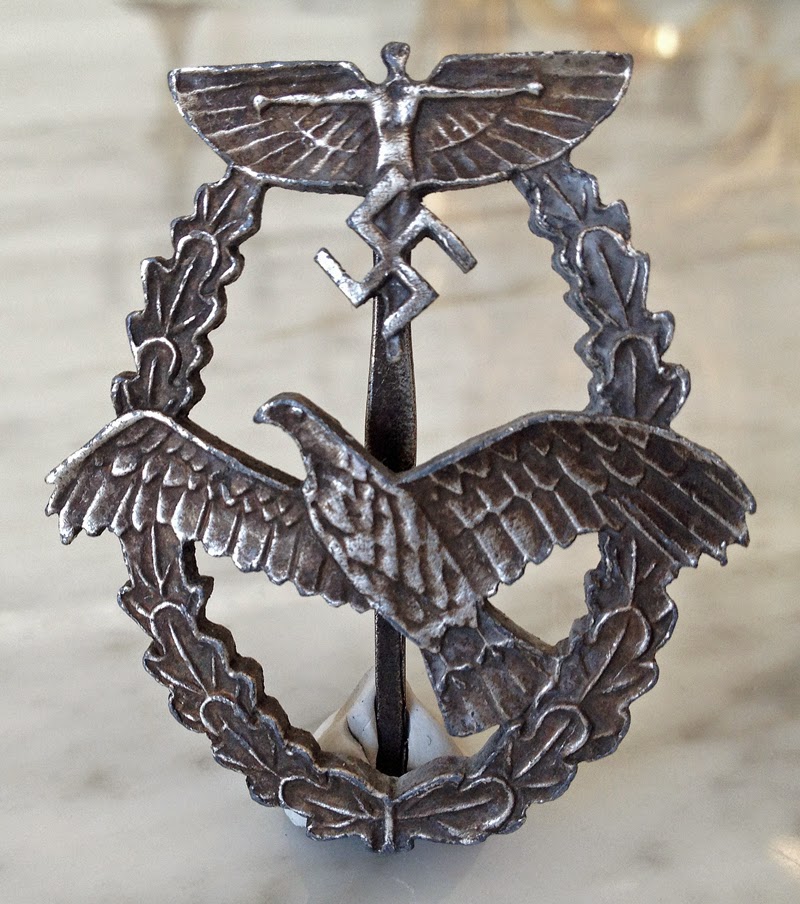 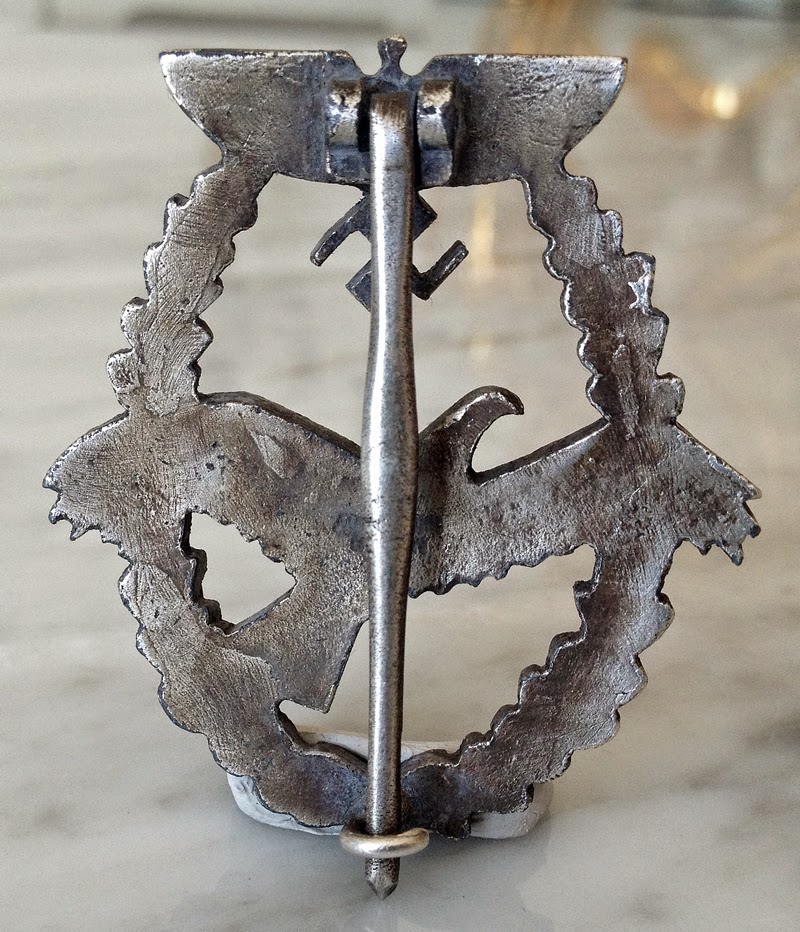 Posted by Christopher Ailsby at 07:00