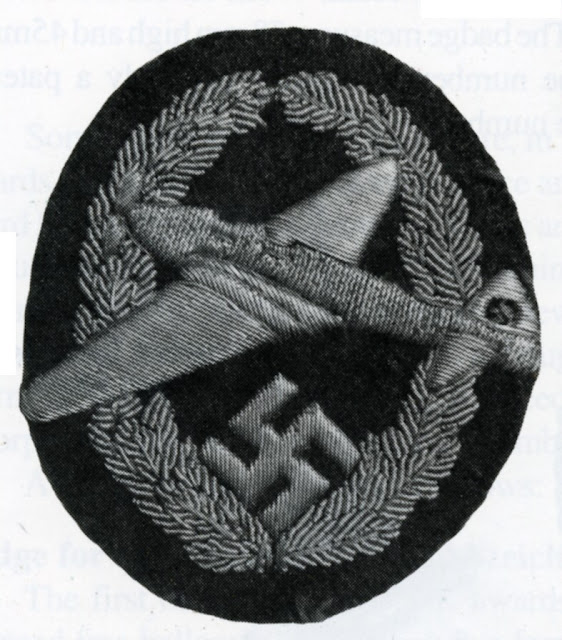 This badge consists of an oval blue-grey Melton patch, on to which is embroidered, in dull silver bullion wire, a wreath which has the left portion made up of oak leaves while the right is composed of laurel leaves which meet tip to tip at the apex.  Just above the base, on the inner field, is an embroidered swastika in bright silver bullion wire.  Across the centre of the wreath with its tail plane and left wing just breaking the outer edge, is embroidered the central motif of a two seater, low winged monoplane which is a representation of a Klemm K1 25.  The tail plane has a small circle with a swastika.  This badge was sewn on the left breast pocket and was authorised for wear with the NSFK uniform.

NSFK-Korpsführer General der Flieger Christiansen, to be awarded to NSFK and NSFK trained, pilots, instituted this award on 12th July 1938.  Pilots of light aircraft who were members of the NSFK were authorised to wear the NSFK Pilots Badge upon qualification as a civilian pilot.  Prior to the institution of this badge, the NSFK pilot received only his licence upon qualification. 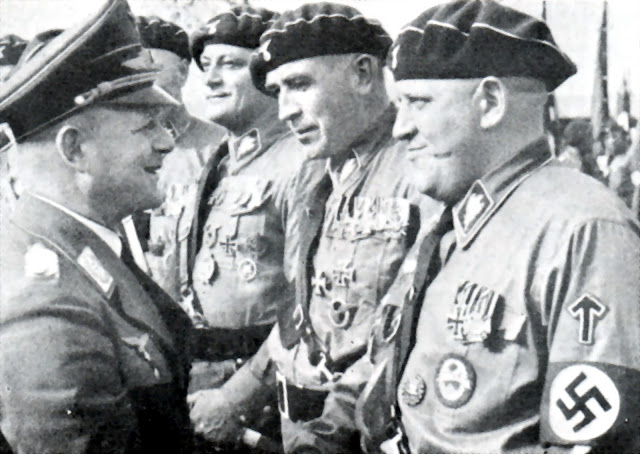 Milch with assembled Gruppe leaders of the NSFK during the 1938 Reichsparteitage. He is speaking to NSFK- Gruppenführer Sayke who is wearing the NSFK Badge Powered Aircraft Pilots – First Type. 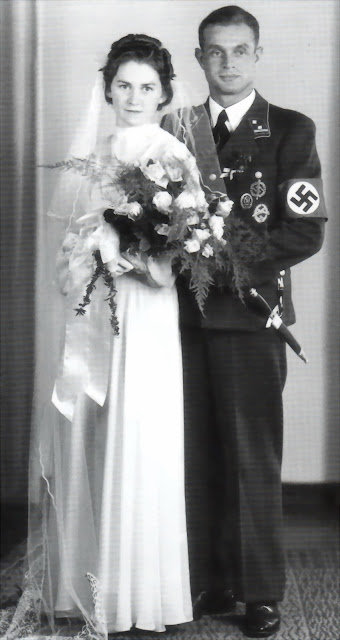 Posted by Christopher Ailsby at 06:50