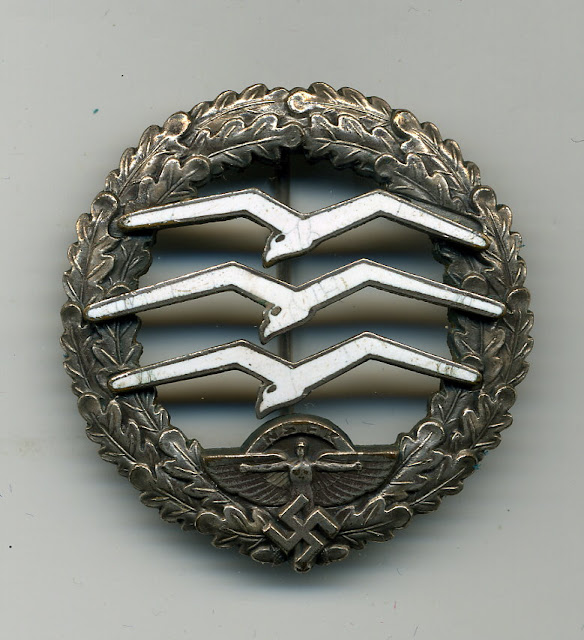 This award consists of a round oak leaf wreath that measures 45 mm.  At the base is the flying man emblem of the NSFK with the semi-circular banner over his head.  This has incused, in small capital letters, 'NSFK'.  Where his feet just break the lower edge of the wreath is a single acorn on either side with a single oak leaf above.  From this, on either side, are six bunches of two oak leaves.  These are very well defined and have a raised central vein with separate side veins running from it.  The serrations on the leaves form the inner and outer edges of the wreath.  The bunches of leaves meet tip to tip at the apex of the wreath.  On to the wreath are superimposed three separate seagulls that have raised outer edge lines and the resultant fields are in filled with opaque, white enamel.

The reverse is semi dished and clearly shows that it is of a different material to the obverse.  Careful inspection of the edge line indicates that the reverse has had the obverse sweated to it after the seagulls have been applied.  On the left side of the badge, lightly stamped in small capital letters is, 'EIGENTUM des NS - FLIEGERKORPS GES GESCH 29240.  Sometimes on the right an impressed issue number can be found.  At the top can be found two types of hinge and at the bottom a 'C' hook.  The pin can also be the needle type or a thicker, square form.  The badge is silvered all over and then artificially patinated. 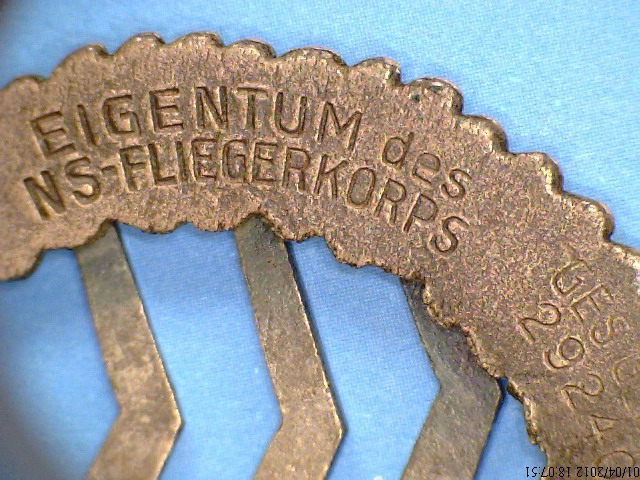 This award was instituted on 26th January 1942 by NSFK-Korpsführer General der Flieger Christiansen and was to distinguish advance qualification beyond the already existing NSFK Advanced Achievement Award for Gliding and to provide a counterpart to the gold and silver international gliding awards of the F‚d‚ration A‚ronautique Internationale.

Two award groups were established and the criteria for the awards were;

a) Recognised achievement in the advancement of military flight
Proficiency through gliding.
b) Glider pilot achievement.
c) Achievement in handwork, most probably glider construction.

a) Must have been awarded the Second Class Glider Pilots
Certificate and successfully achieved an endurance flight of
Five hours returning to the original starting point.
b) Must have reached an altitude of 33000 feet three times during
the course of a single flight.

Those entitled to compete for the award were NSFK members as well as Luftwaffe and Hitler Youth personnel.  Tentative evidence suggests that approximately 1600 awards were rendered from 26th January 1942 to mid June 1943.  From then to the end of the war, the total number of awards is unknown.  The badge was worn on the lower left breast of all-uniform. 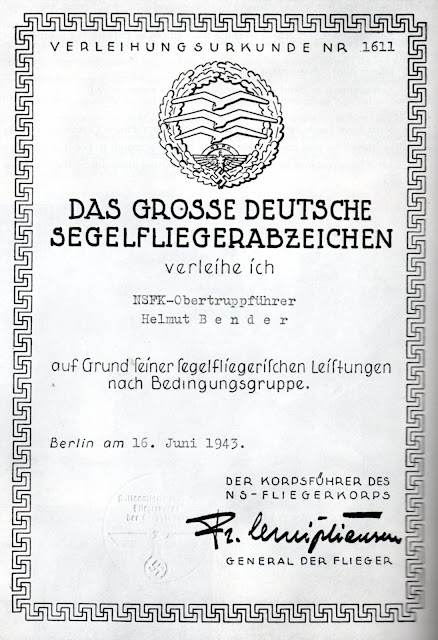 The badge came in a square hard box that was covered with black, simulated leather.  It has a press-stud fastening that is positioned on an elongated plate on the left front panel of the box.  The title is stencilled in gold on the top of the box, 'NSFK, Segelflieger'.  The interior of the case has a padded white satin liner and a white velvet base. 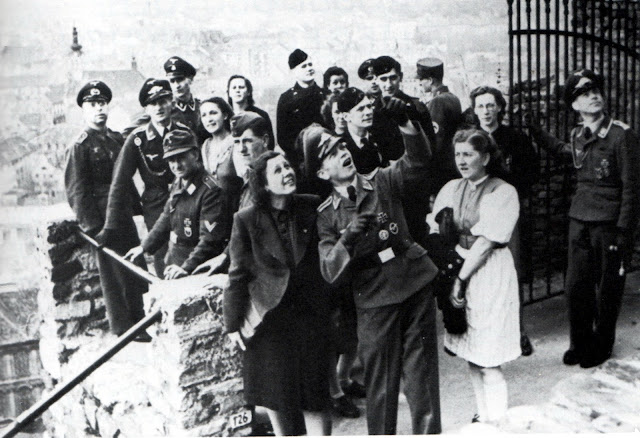 The Luftwaffe NCO in the foreground is wearing the NSFK Large Glider Pilots Badge next to the Luftwaffe Glider Badge. 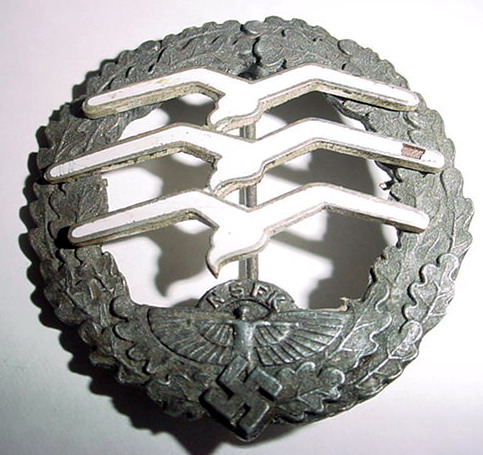 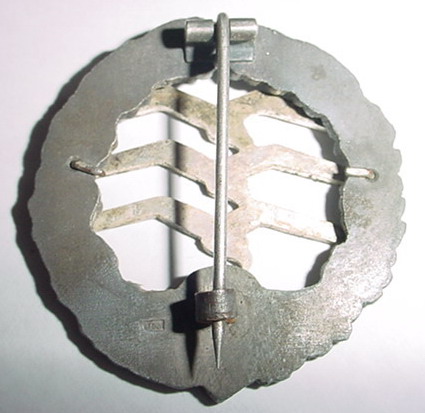 Posted by Christopher Ailsby at 08:53