Decoration of the High Command of the Hitler Youth for Distinguished Foreigners.
Instituted on 1941
Rarity – Very Rare
Known Makers – Unmarked 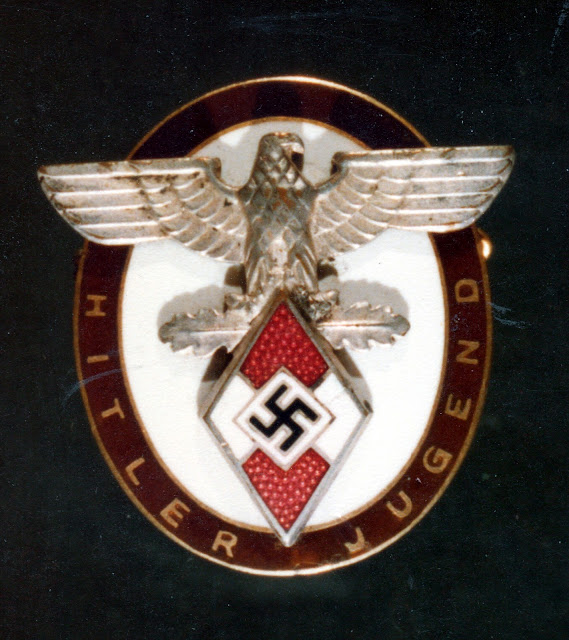 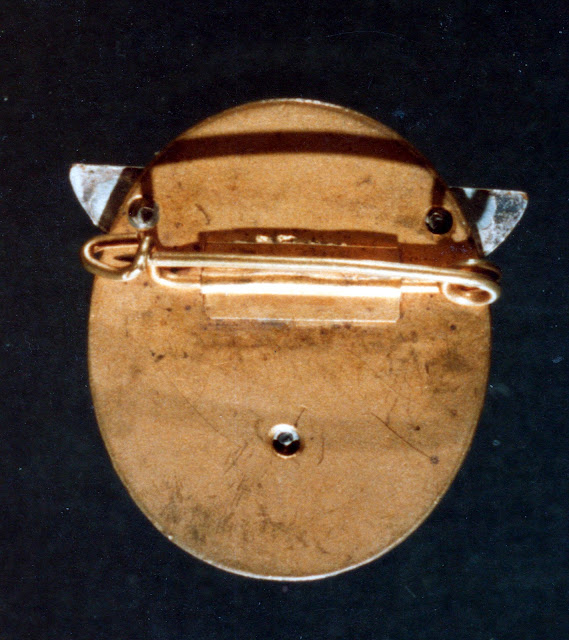 This is an oval badge that measures 34 mm by 28 mm and is slightly convexed.  It has a fine raised edge line and a similar one indented from it by 2 mm.  Into the tramline is the inscription in small raised capital letters, 'HITLER JUGEND'.  The resultant field is in filled with chocolate-brown opaque enamel.  The central field is in filled with off-white opaque enamel.  The raised metal parts of the badge are gilded and on to the body of the badge is placed a broad winged political eagle, the wings overlapping the edge of the badge.  It is clutching the Hitler Youth membership badge in its claws, which is finely executed.  The HJ diamond is superimposed over a pair of oak leaves that protrude vertically across the badge.  Where the eagle's claws clasp the leaves is an acorn on either side.  The eagle measures 28 mm from the tip of the HJ diamond to the top of the head and the wingspan is 32 mm.  The HJ diamond measures 18 mm by 12 mm.  All the metal parts of the eagle and HJ badge are finished in matt silver.

The reverse is plain with three holes with rivets.  Across the back is an oblong plate, which has a crimp in the middle, through which runs the safety-pin clip.  The oblong plate measures 14 mm by 5.5 mm.  The whole of the reverse is gilded with the portion of the rivets that protrudes being silver.

This badge was instituted in 1941 by the Hitler Youth High Command, to reward service to the Hitler Youth on the part of foreign nationals.  It could only be conferred upon non-Germans. It was issued from 1941 onwards to lower and middle ranks of foreign youth organisations. The higher ranks were awarded with the Golden HJ Honour Badge with Oak leaves. This award probably was not awarded above 350 times, making it a very rare award.  The citation that accompanied it as well as the presentation box is unknown to the author.

It has been stated that, 'examples in which the outer edge is green and also red, exist.  It is fairly certain that these later badges were only projected or pilot types, never actually issued.  I have also seen an example that has a yellow edge.  It has been intimated that the purpose of the colours was to differentiate between the various nationalities and races.  Red was for Hungarian and Rumanian youth personnel, green for Italians, Brown for the Nordic and more Arian peoples of , , , , and .  It has been suggested that the yellow could have been for Ukrainians and peoples of that area.  Wilhelm Kube was appointed governor of in 1941 where his ruthless administration aroused the ire of the Soviets but he was successful in recruiting the youth for the equivalent of the Hitler Youth movement.  I am fairly certain that these three forms are, at best, 'pilot' examples but fear that they are very high grade copies produced in the early '70's in Austria, along with some enamelled oval Red Cross throat awards. 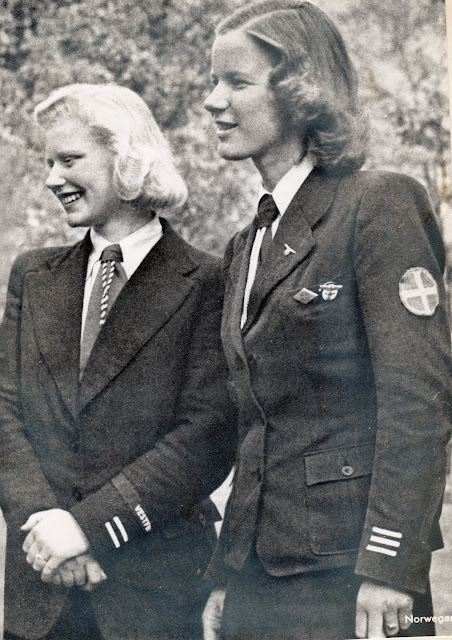 Decoration of the High Command of the Hitler Youth for Distinguished Foreigners - FAKES. 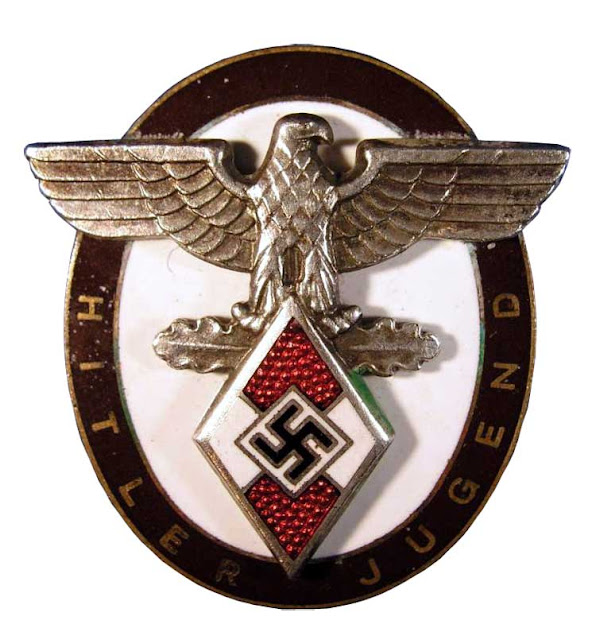 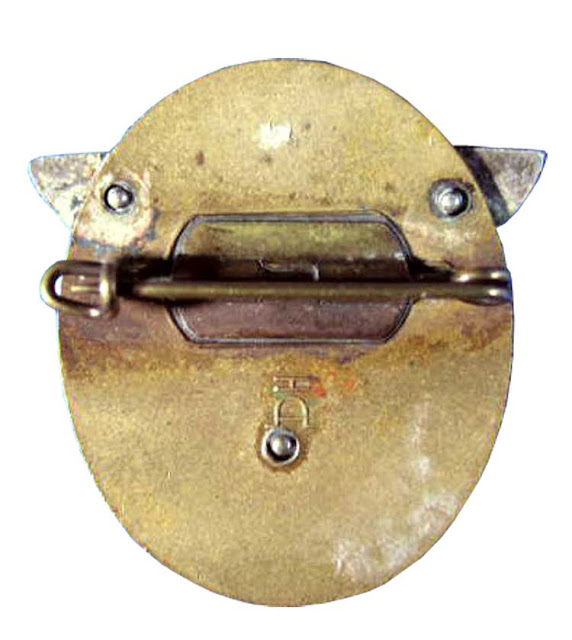 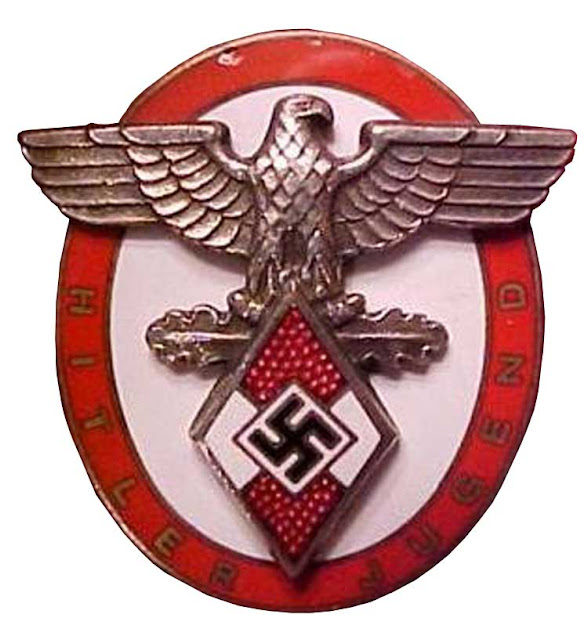 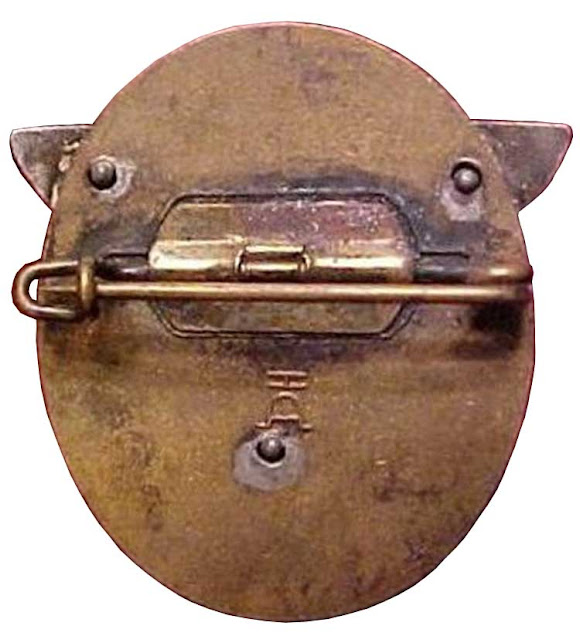 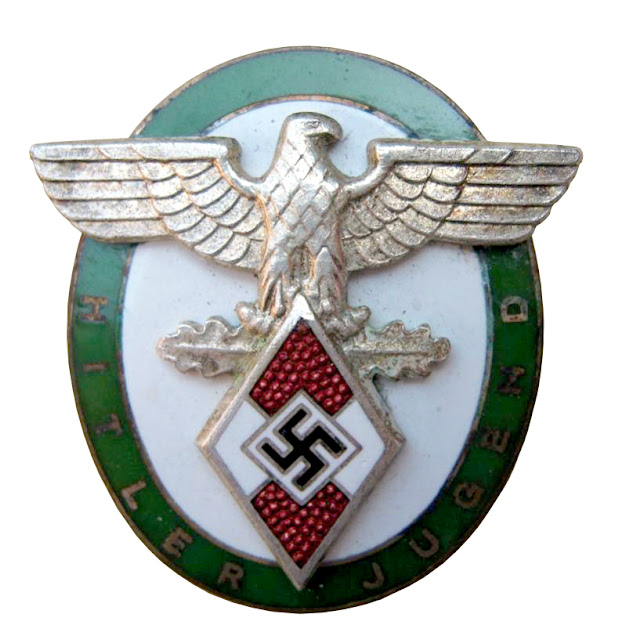 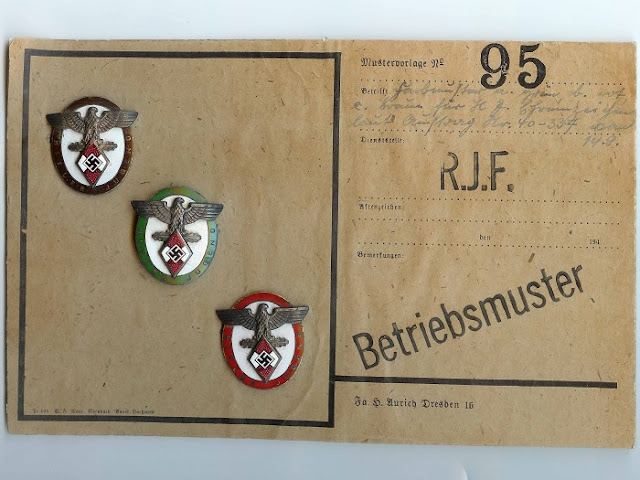 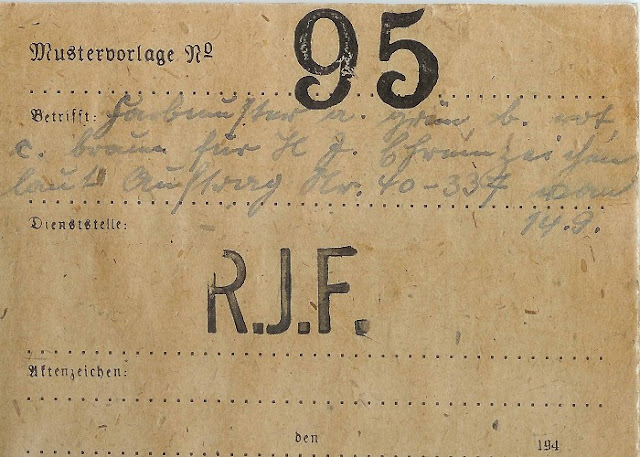 These 'Muster' (pattern) boards were first seen in the 1970s at Militaria Shows in the , as well as Militaria and Gun shows in the .  They are very high grade copies produced in the early '70's in , along with some enamelled oval Red Cross throat awards. These reproductions fooled many unwary collectors and dealers in the 70s and early 80s. The badges are silvered metal and enamel with rivets to hold the various parts together. The red and green bordered examples are considered fantasy items, as the original awards were only made with a brown enamel border. The brown example on the card here is not an original, though.
Posted by Christopher Ailsby at 04:30