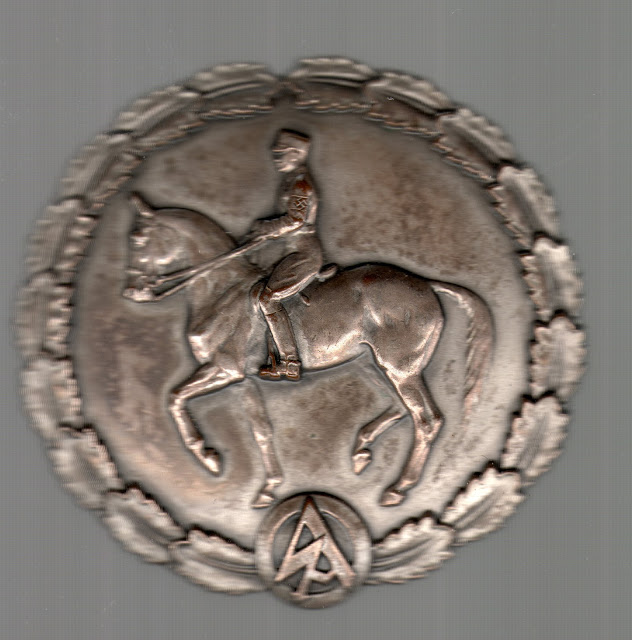 This award consists of a circular badge that measures 50mm high by 51.5mm wide, with a wreath of oak leaves running round the outside which comprises of nine single leaves, laid tip over stalk and meeting at the apex tip to tip.  At the base is a raised circle with the SA symbol, which measures 10.5mm.  On to the recessed flat field is superimposed a rider dressed in SA uniform, mounted on a horse performing piaffe.


The reverse is plain with a hinge and hook that are attached to an oblong plate that is then sweated to the body of the badge.  Beneath this is the four-digit issue number, which is prefixed by a nought if less than four.  The manufacturer's name is beneath this in small, stamped capital letters, 'ERNST L. MÜLLER, PFORZHEIM'. The design was by Paul Casberg and his logo is beneath, 'PC'.  The overall colour of the badge is silver that has been artificially patinated.


The order for the award was sanctioned by Hitler in Berlin on 23rd February 1937. SA-Obergruppenführer Litzmann, the head of the Nationalsozialistisches Reiterkorps - NSRK, instituted this award on the 23rd February 1937. The German Expert Horseman’s Badge Deutsches, Reiterführer-Abzeichen, was announced in the Verordnungsblatt der Obersten SA-Führung, number 6 published on the 19th April 1937 (number 98, page 38): zur Förderung der Reit- und Fahrausbildung vor der Dienstzeit .
This was to encourage riding and horse management among its members.  The National Socialist Riding Corps was first formed in March 1936 and was mainly independent but was subordinate to the SA in so far that Litzmann was under the authority of the chief of the SA, Victor Lutze.

The conditions of award of the badge were;
a) Passing with a 'merit' the riding and horse-drawn vehicles
Proficiency test.
b) Be capable of instructing others in horsemanship.
c) Possess the qualities of leadership.
d) Have gained the SA Sports Badge.
e) Have served one year as an officer in the NSRK.

The badge was worn on the lower left breast of any uniform and took precedence over all other riding badges, excluding them from being worn in conjunction with this award.  It was awarded with a miniature and citation and presentation box both of which are unknown to the author. 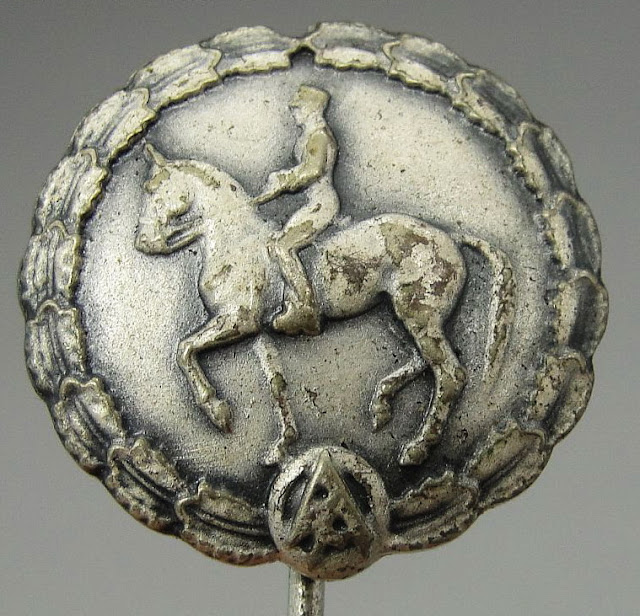 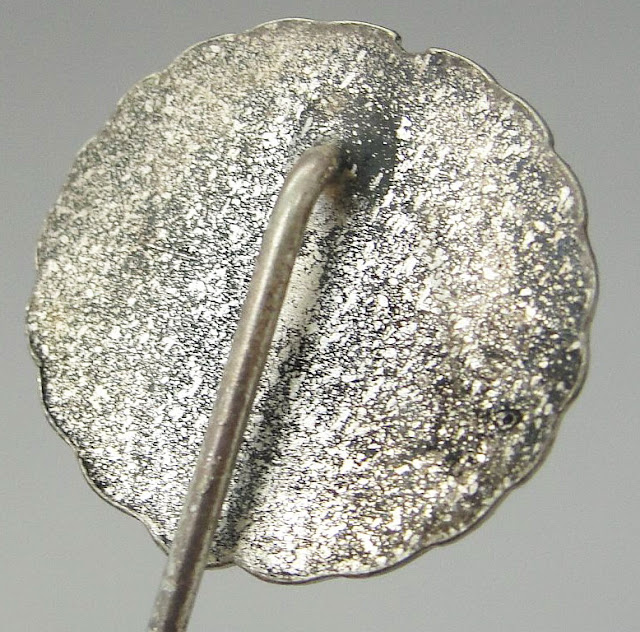 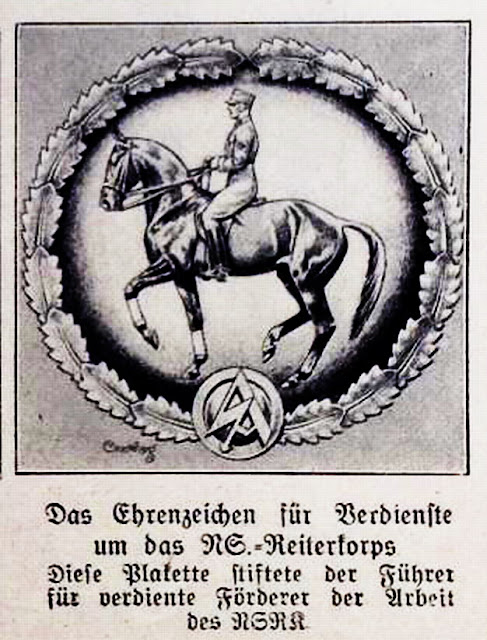 German Expert Horseman’s Badge -The drawing is from a special edition about the SA of the magazine Illustrierter Beobachter. 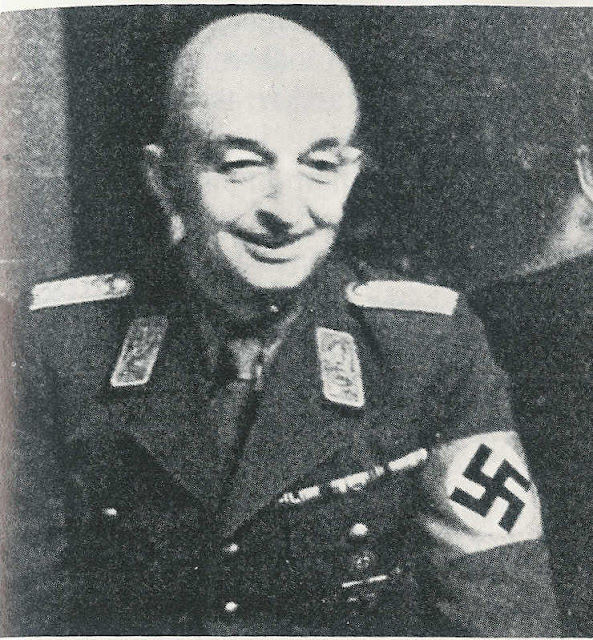 Karl-Sigis also referred to as Karl Sigmind Litzmann was born in . He entered the Military in 1911 as a Fahnenjunker Jag rgt z Pferde 6. He served throughout the First Word War and was wounded three times.   Litzmann join the NSDAP in 1929 and rose to high rank within the SA even before Hitler came to power in 1933. He was promoted SA-Gruppenführer in 1931 and SA-Obergruppenführer on 27.6.1933. He was leader of SA Group “Ostland” in 1932, but this had nothing to do with what was later termed the “Ostland”, and this Group covered and . It was later renamed SA-Gruppe “Tannenberg”. By 1934 he was leader of SA- Obergruppe II and was based in , this controlled three SA Groups. He was responsible for horse breeding and control. The National Socialist Riding Corp (N.S.R.K.) was first formed in March 1936. It was largely independent but was subordinate to the SA in so far as it’s commander, Litzmann, was under the authority of Victor Lutz, the Chief of the SA. To encourage riding and horsemanship, Litzmann instituted on 23rd February 1937 a special award, the German Expert Horseman’s Badge for members of the N.S.R.K. by late 1937 he was national training inspector for riding and driving with his Head Quarters in , a post he held until his appointment as Governor of Estonia in 1941. Litzmann was brought in to rule the country as Governor-General, supported by a Provincial Governor. In fact who exercised most power in German occupied was neither the military hierarchy nor politically appointed Governor-General Litzman. It was the misleadingly junior SS-Sturmbannführer Dr Martin Sandberger who after leading Sonderkommando 1a of Einsatzgruppe A into in the summer of 1941 had been installed in in December of that year as commander of the German Security Police and SD in . 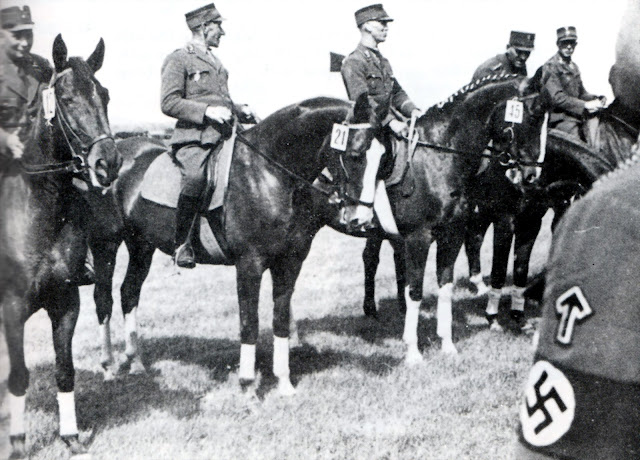 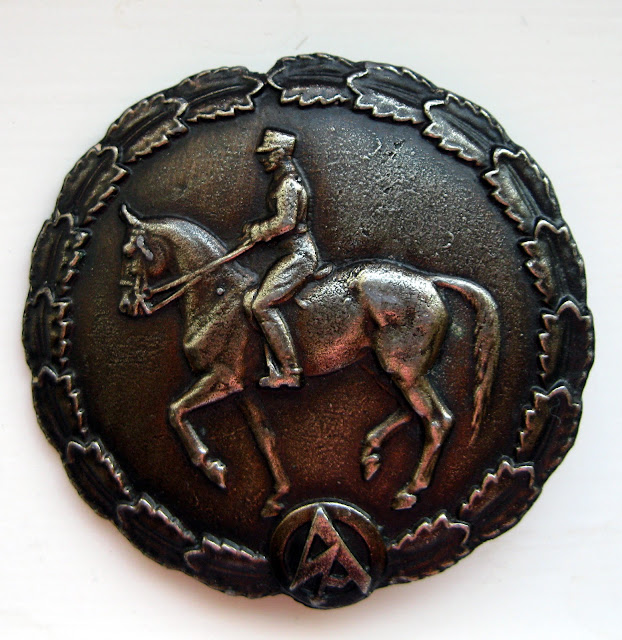 The badge should be made of aluminium; this badge is a heavier metal. The obverse shows signs of light pitting, a signe of casting. The reverse tells all, the makers mark is raised as is the Paul Caseberg LOGO. This should be incused. Thus showing that the badge was a casting. The pin assembly is also totally incorrect. 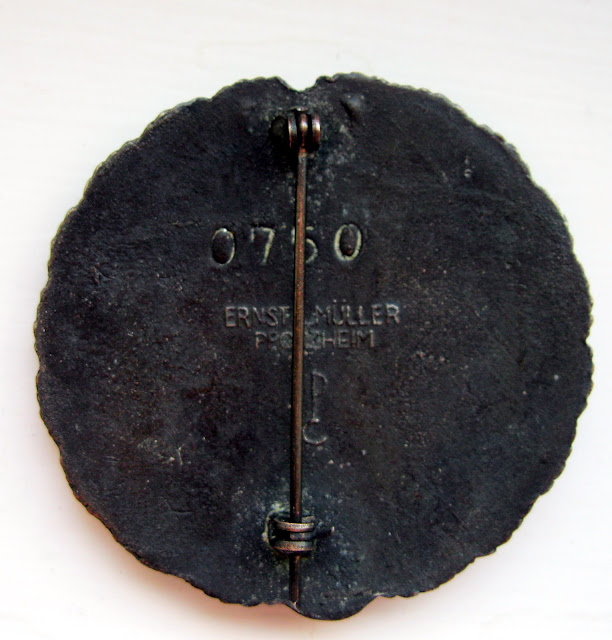 Posted by Christopher Ailsby at 11:34