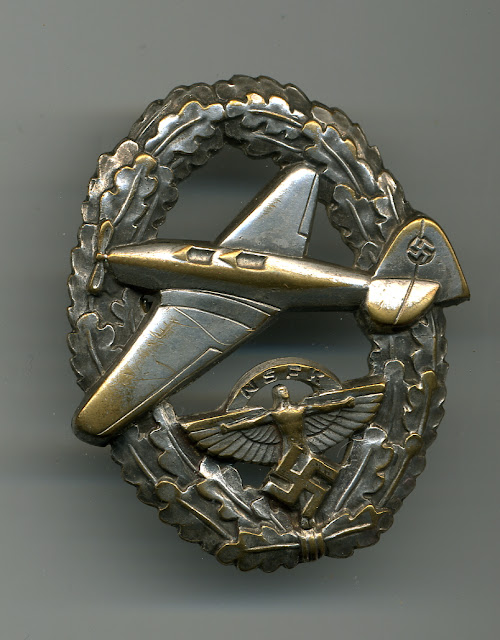 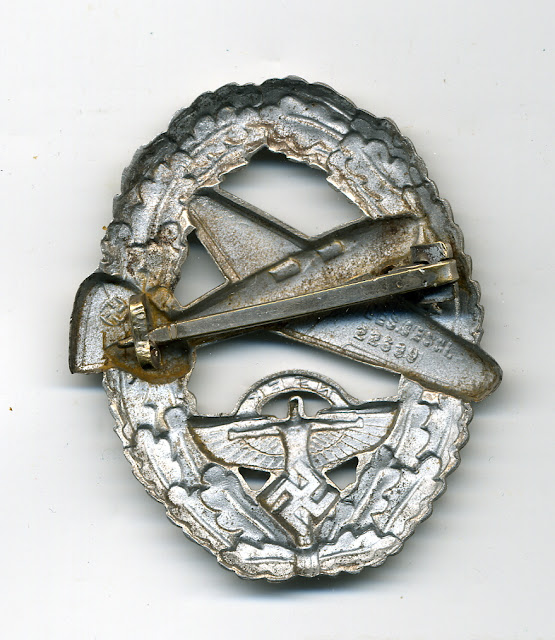 This badge comprises of an oval wreath that measures 57 mm by 48 mm.  At the base is a three-line tie and two single oak leaves, with a further seven bunches of two leaves that meet tip to tip at the apex.  Across the lower portion of the voided central field, is the emblem of the NSFK, the winged man with a banner running over his head in a semi-circle from each wing, with the impressed capital letters, 'NSFK'.  The central motif was a two seater, low winged monoplane, with its left wing just breaking the outer edge of the wreath and the tail plane resting on the right side, with the tip of the tail just breaking it.  This had a recessed circle with a swastika superimposed upon it.

The reverse shows the negative of the obverse and on the lower wing, in small raised capitals, 'GES. GESCH' and the patent number, '22639'.  The badge has a hinge, hook and pin that run horizontally.  However, there is a form where there are no patent marks and the pin runs vertically.

This award was instituted on 1st May 1939 by NSFK-Korpsführer General der Flieger Christiansen and was to replace the previous cloth award.  The badge was still to be worn on the left breast pocket.  It was presented in a hard hinged case that had a spring clasp.  The outer skin is dark blue pebbled Leatherette and has, stencilled on to it, 'NSFK, Motorflugzeugf. Abz'.  The inner lid is satin lined and the lower compartment is dark blue velvet. 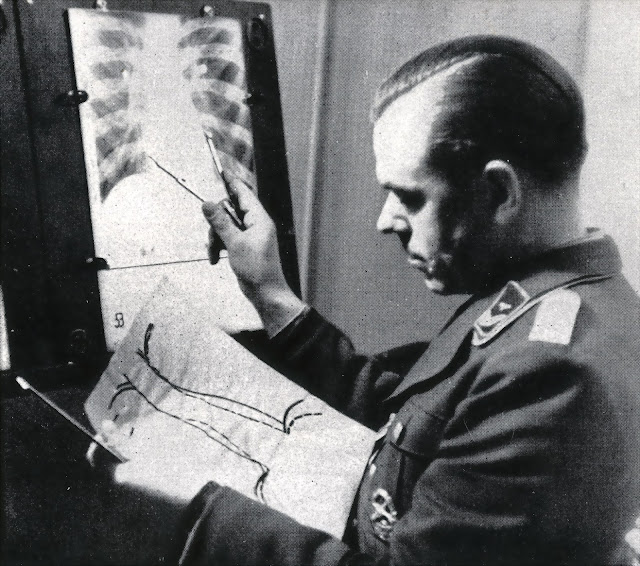 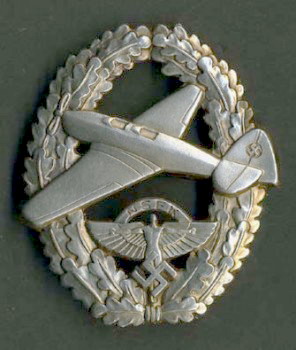 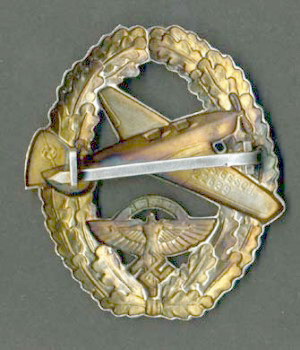 Posted by Christopher Ailsby at 06:53