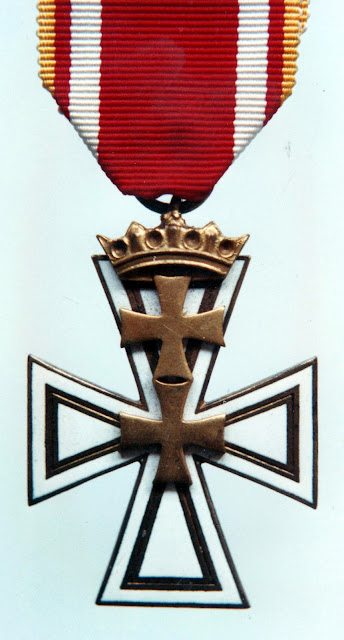 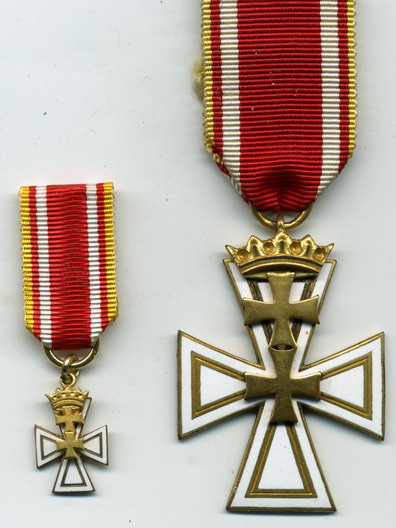 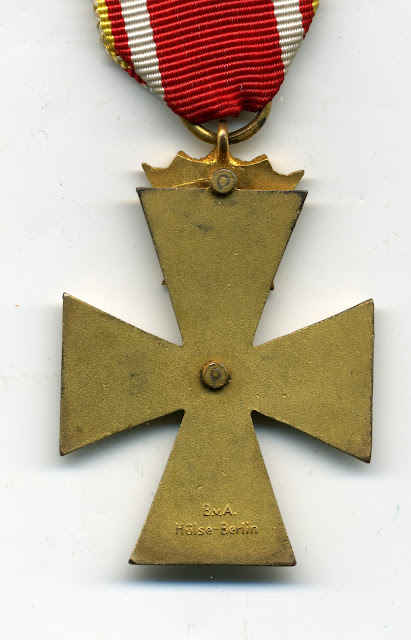 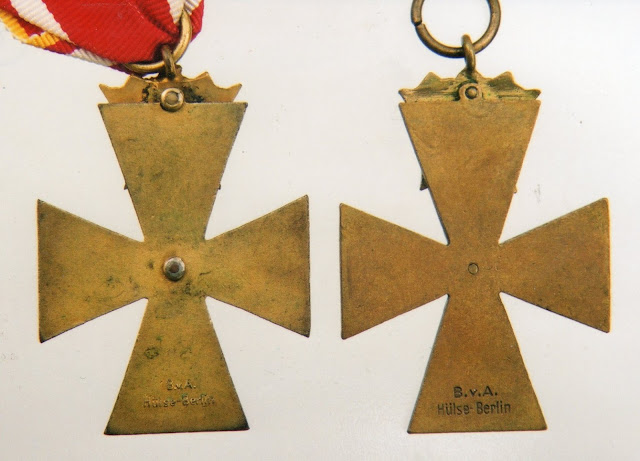 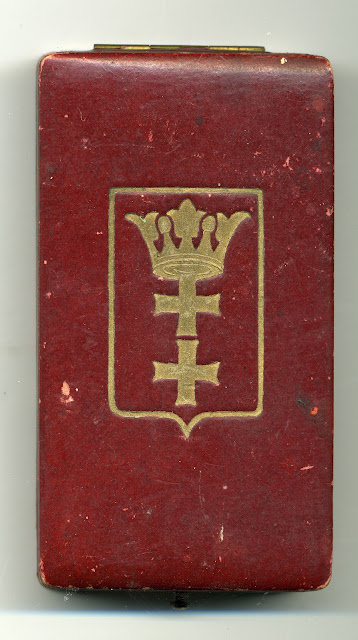 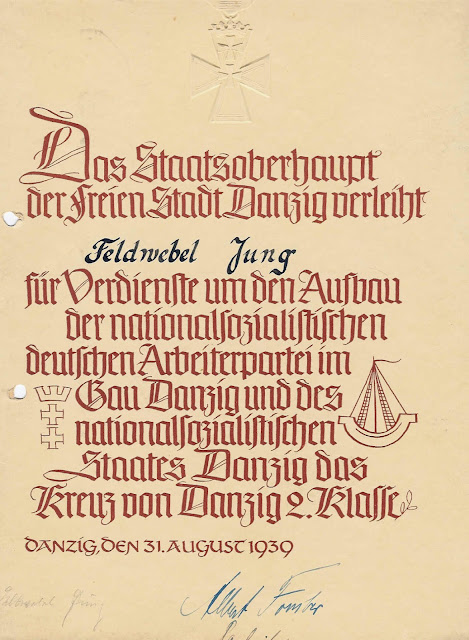 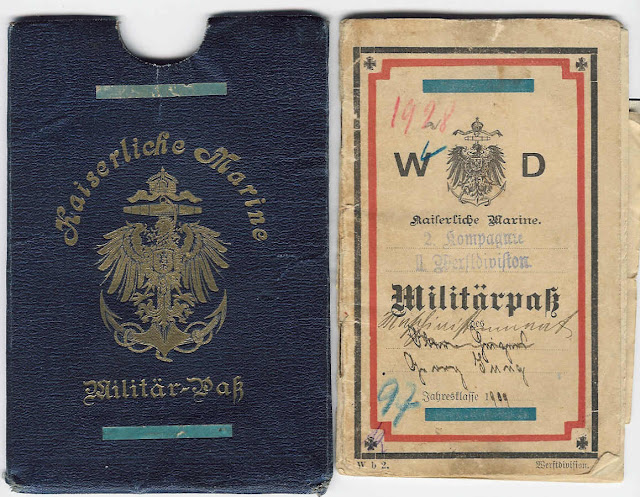 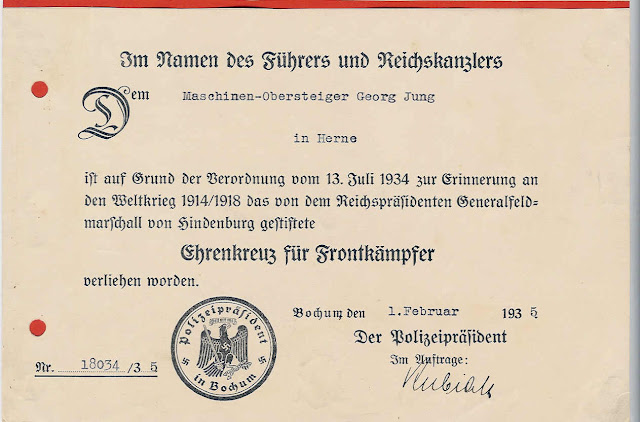 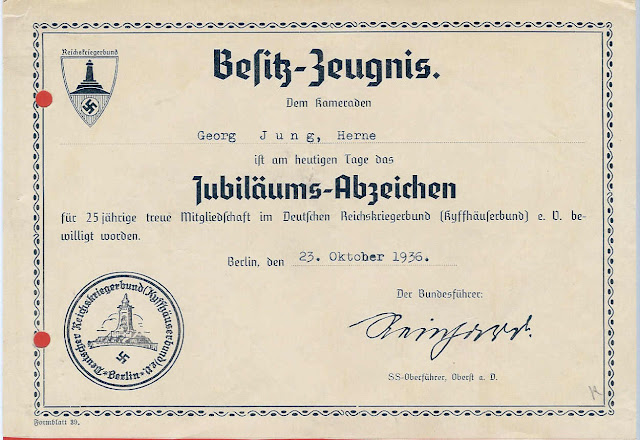 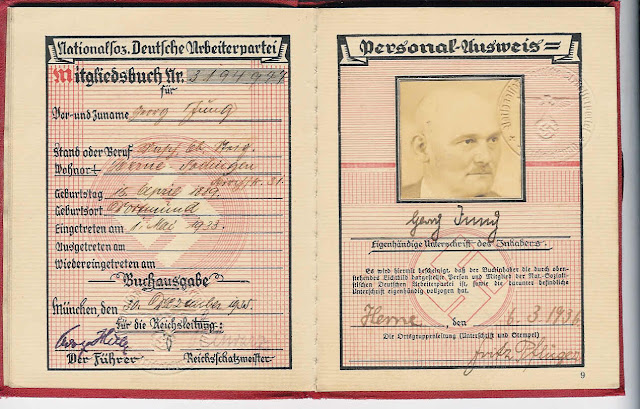 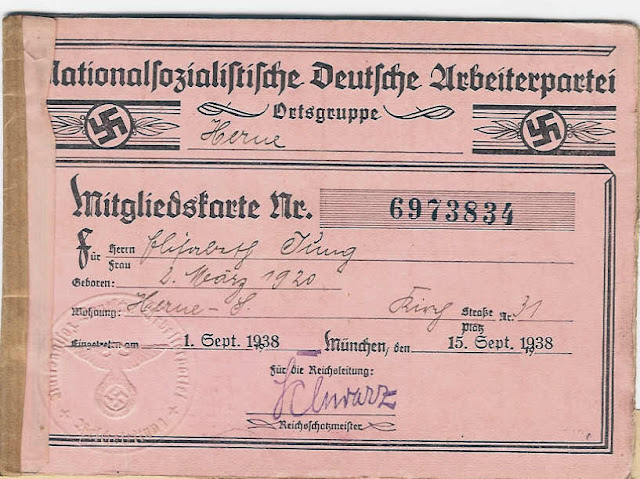 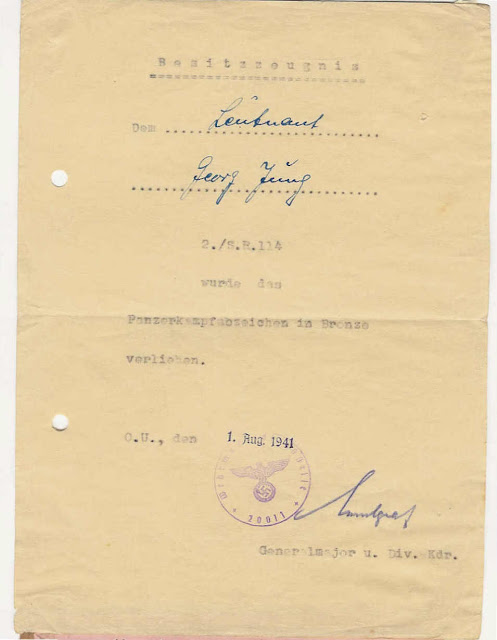 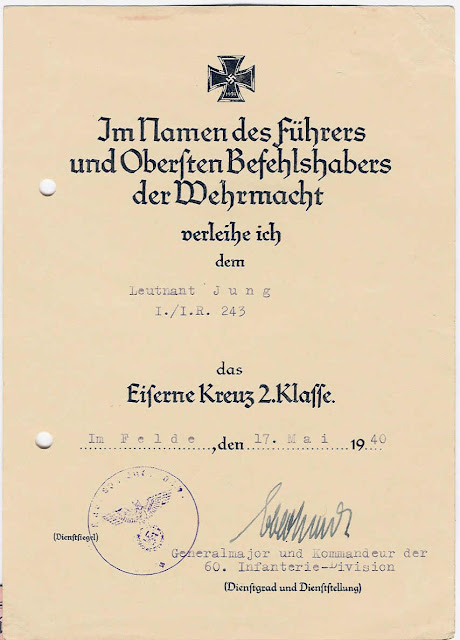 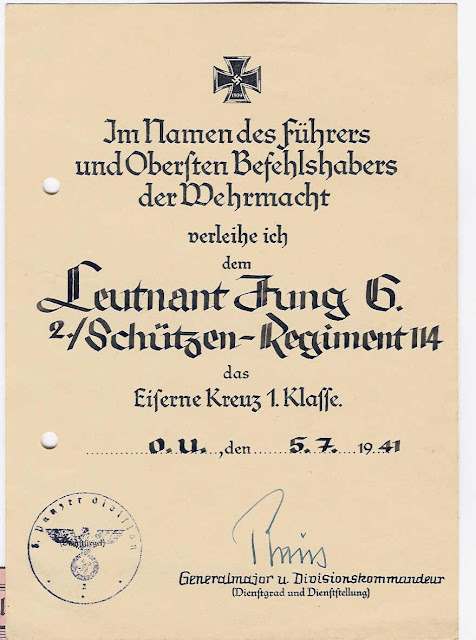 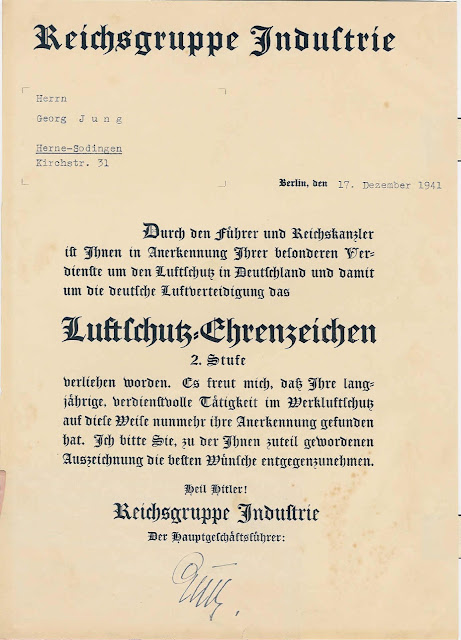 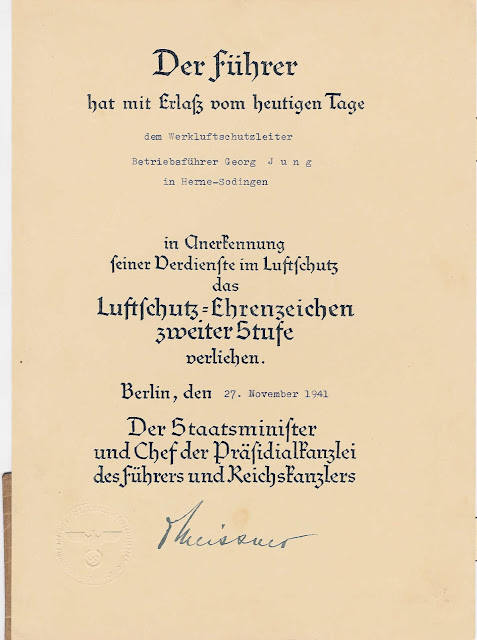 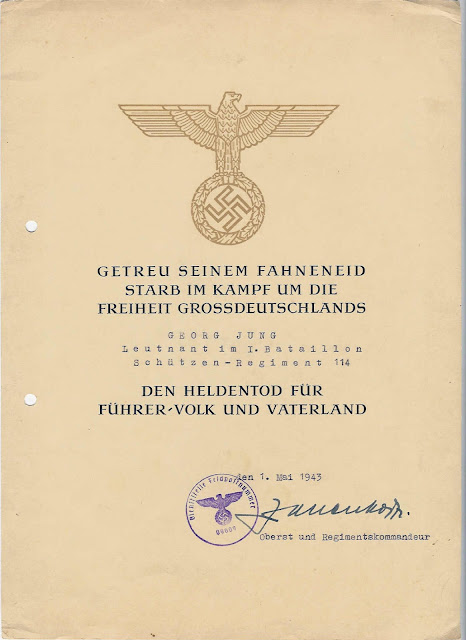 There are some variations to the Second Class Medal, presumably being those of manufacturers' differences and these features being concerned with the overall size of the piece, The Second Class Cross is worn suspended from a red ribbon, with red, yellow and white stripes.  The medal is almost identical to the First Class Cross; save that it is smaller being 31 mm wide by 43 mm high, and flat as opposed to being convex.  The design, however, is the same for that of the First Class decoration.  The method of construction and fixing the two parts of the medal together is identical to that of the First Class. The back of the Cross is plain, save for the manufacturer's mark, B.v.A. Hulse – , which can be found raised or indented.

Like the First Class award, the medal was mainly awarded on the singular occasion of 24th October 1939, being the grand occasion at which all the eligible recipients were gathered together for the institutional issuance.  In total, the Second Class medal was awarded 258 times, which makes it somewhat rare as far as German decorations are concerned.  However, if it were required to hold the Second Class cross before the First Class could be conferred, then the total number of individual awarded would be 170.

A further point of interest concerning the award is that each recipient was only permitted one example, unlike other awards, which could be privately purchased in duplication, for best dress and replacement purposes.  No such provision was made for the Danzig Cross series. The second-class cross has a miniature version, which is produced in very fine quality. It takes the same format as the large version, having an enamelled obverse and gilded reverse with the makers’ logo. There is also an excellent quality miniature of the Second Class Cross, which is produced, in genuine silver and opalescent white enamel.  It is also considered, but cannot be proved, that the gilding is not fire gilt but genuine gold plating.

The cases that both Crosses were presented in, are respectively the same, but for the First Class larger than for the Second Class and comprise of a thick case, which is hinge backed.  The case is covered in dark maroon leatherette, which has embossed upon it the gold ducal crown and crosses.  It has a gold lid lining which runs right round the upper face of the lid.  The base is of white velvet flocking, and the lid is white silk lined.  It is retained with a press-stud retainer.

Recipients of the Cross Second Class. 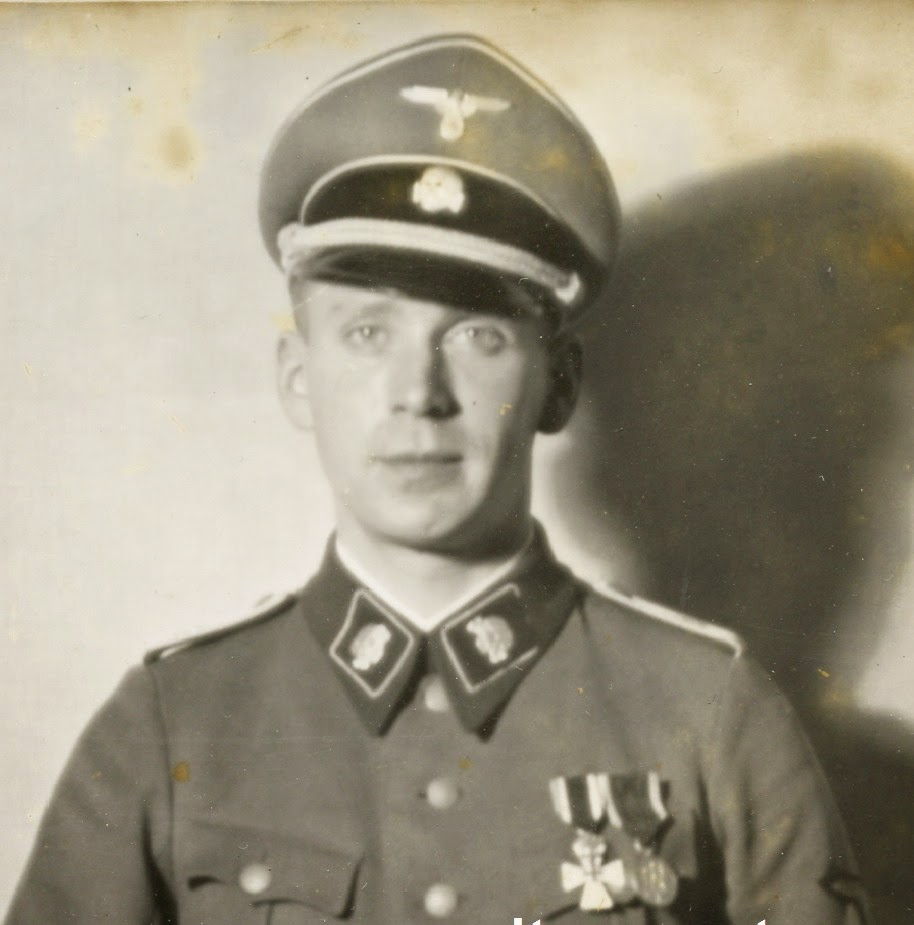 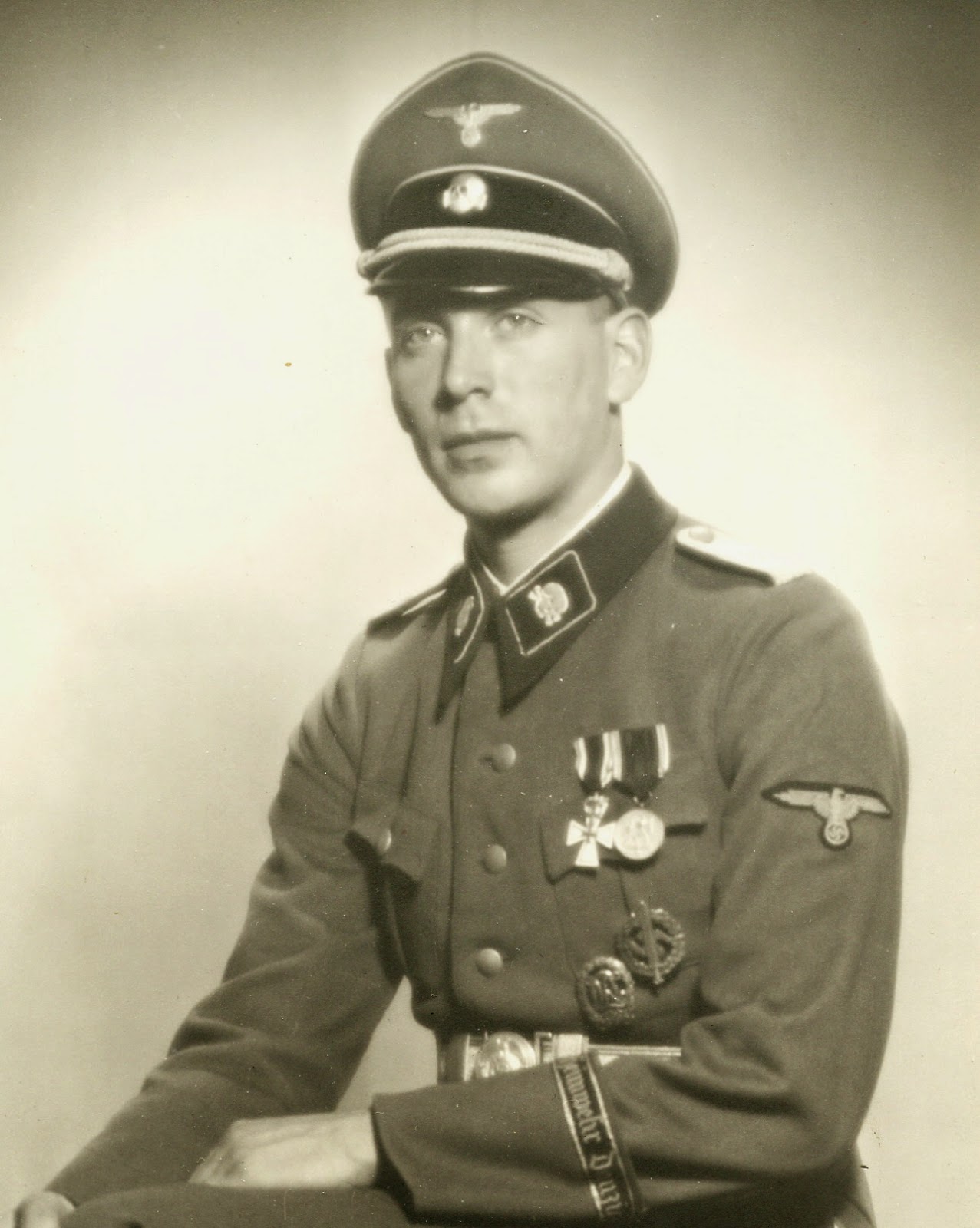 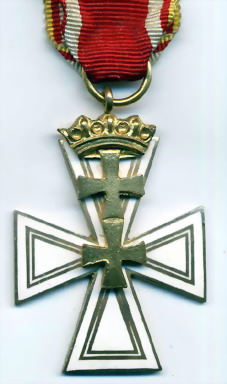 The first example of a Danzig Cross 2nd Class fake. Note the crude overall appearance of the award. The crown has no gaps which correspond with the original makers-marked versions. However, the inner white line inside the arms of the enamel cross has never been produced by the known maker. 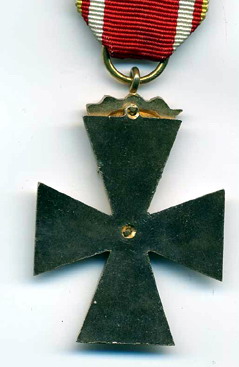 This is a different reproduction of better quality then the one shown in the first picture. Note the gaps and the round bottom part of the crown. The reverse doesn't show a makers mark. 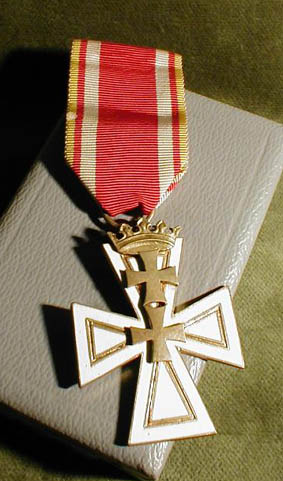 Posted by Christopher Ailsby at 12:08