Pin of Honour of the SS-Heimwehr Danzig. Group of SS-Unterscharführer Herbert Hunger

Pin of Honour of the SS-Heimwehr . 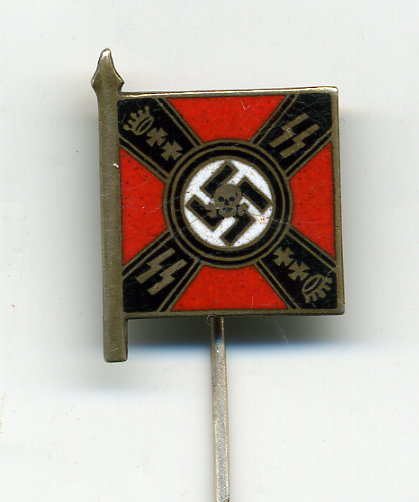 Pin of Honour of the SS-Heimwehr Danzig - Obverse 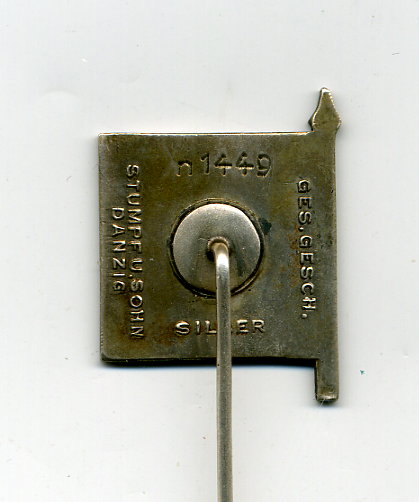 Pin of Honour of the SS-Heimwehr Danzig - Reverse 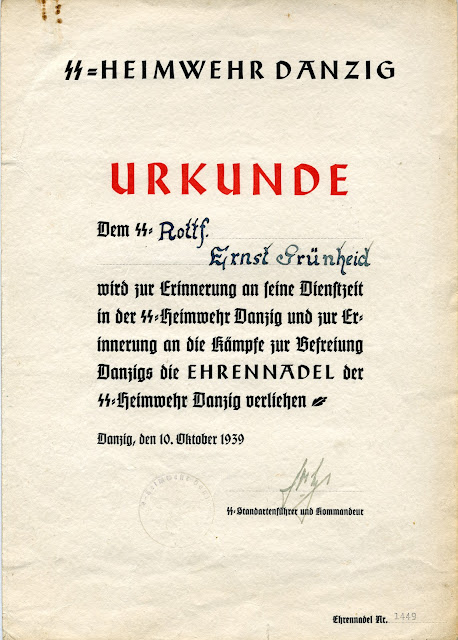 The Danzig Senate decided to form a Home Defence in the summer of 1939, and the responsibility for this was taken over by the Reichsführer-SS, in October 1938, the third battalion of the 4th SS Death's Head Regiment was formed in Berlin-Adlershof under SS- Obersturmbannführer Götze. In June 1939 the battalion was transported to Danzig where it was joined by the Anti Tank Demonstration Company of the Death's Head Regiments (Panzerabwehr-lehrsturm der SS- Totenkopfstandarten), which as part of the Home Defence, became known as Leiner Company (Companie "Leiner ').  From the original Home Defence Danzig, this unit, SS - Heimwehr, was raised in July 1939.  The formation was completed and its full complement consisted of 42 officers and approximately 1,500 men, two-thirds of whom were German nationals while the rest came from .

On 18th August 1939, Gauleiter Forster, presented the unit with its' company standard, which was received on the unit's behalf by SS - Obersturmbannführer Götze.  This unit, at the start of the war in September and throughout November 1939 saw action in and around , Gdingen and Westerplatte. Shortly after the unit was disbanded and its personnel distributed as cadres for the new Death's Head units and subsequently became incorporated into the Third Division of the Waffen - SS, which was known as the Totenkopf Division.

In October 1939 this commemorative pin was authorised for wear by former members of the SS - Heimwehr Danzig, and took the form of the standard of that unit which comprised of a red flag which had, at its centre, a blue circle on which was surmounted a black swastika, outlined in white, with the death's head at its apex.  Round the blue circle was a white line followed by a black border, which was encompassed by a further white line outlined in black.  The field was then quartered with black arms, on which was superimposed in the upper right, white SS Runes repeated in the lower left and in the upper left a gold ducal crown and white crosses of Danzig, which again was repeated in the lower right.  Both series of arms were outlined in white, so the resultant design produced a square lapel badge, which was used in a stick format.  This was attached to one side by a flagpole, which measured 22 mm in length.  The flag itself is 17 mm square and was produced in genuine silver.  The reverse is flat with at the centre a raised circular line over which is placed a plate that holds a vertical silver coloured safety pin type clip. On the right hand edge in raised vertical letters is GES. GESCH, to the side of this is stamped the series number of the award. On the other side, in like manner, is the maker’s mark in two lines Stumpf u Sohn, , while across the bottom is SILBER.

It is considered that it was possibly awarded to about 1700 recipients and was to be worn on either the lapel of civilian clothes or on the left breast pocket of the uniform. The highest number yet observed is 1627.

Recipients of the Honour of the SS-Heimwehr Danzig. 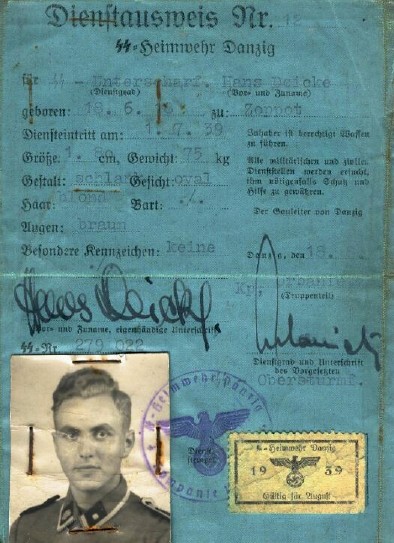 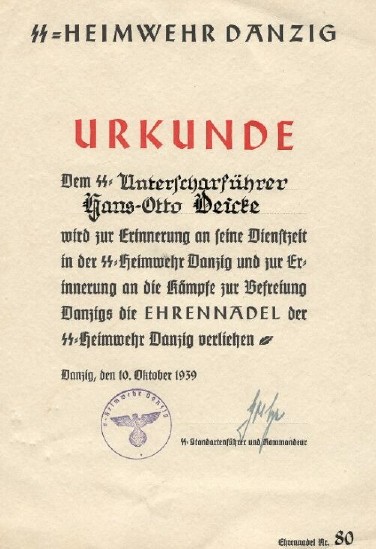 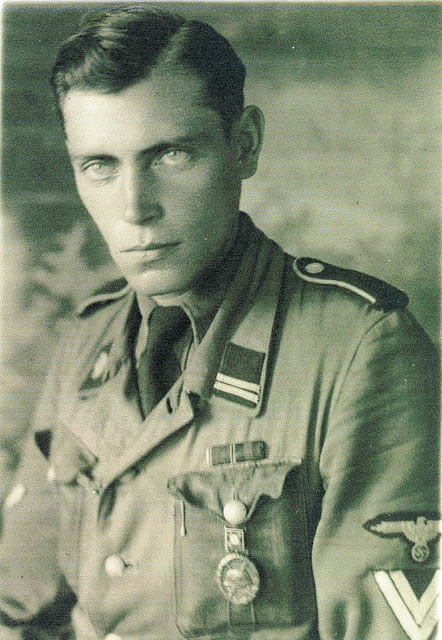 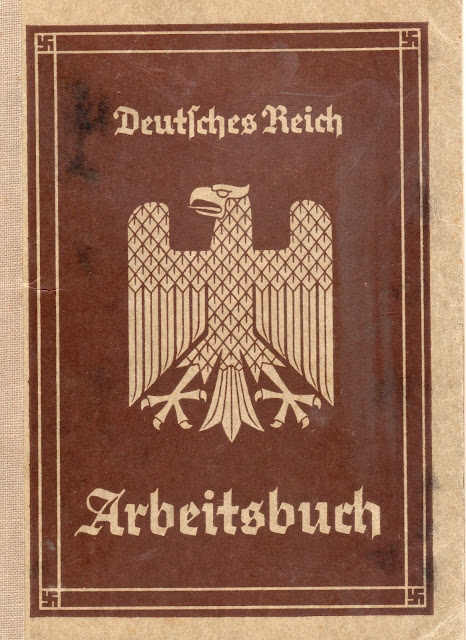 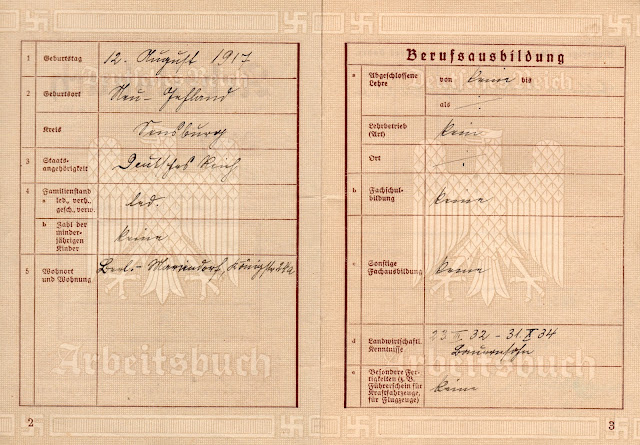 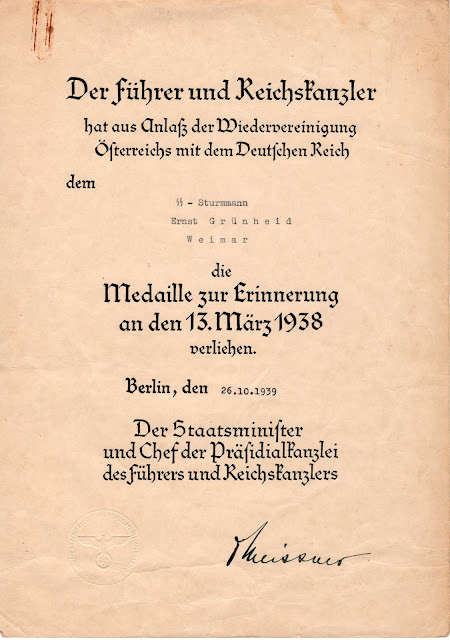 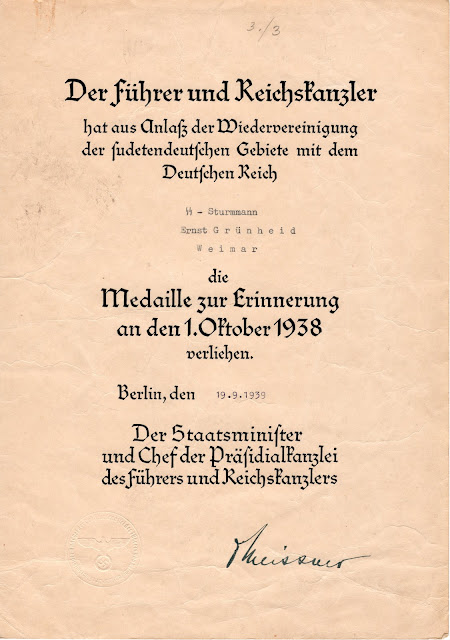 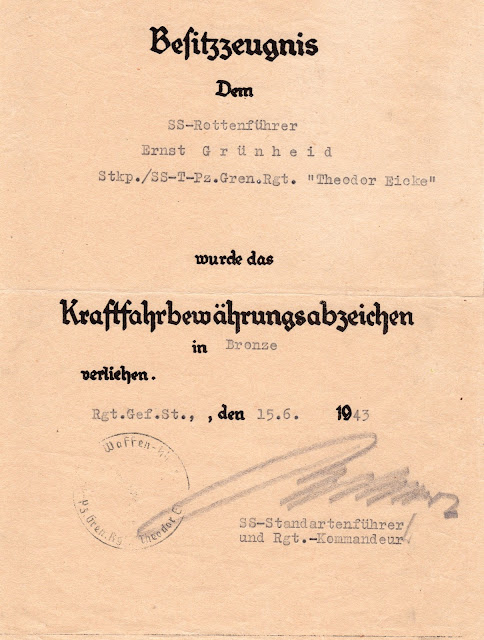 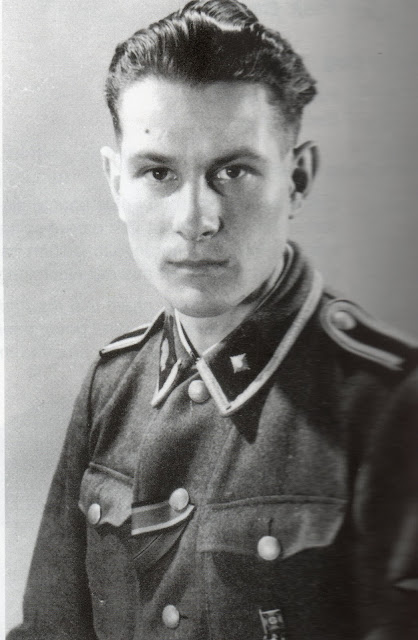 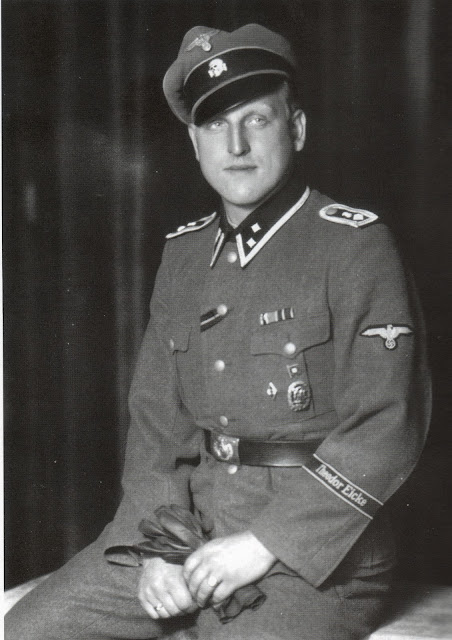 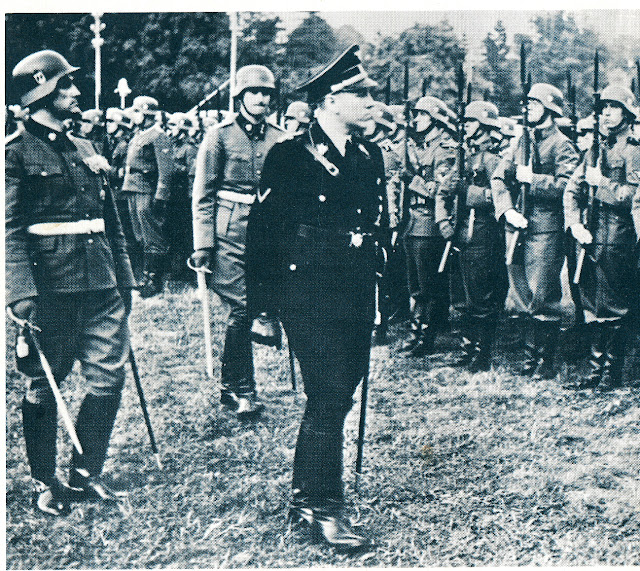 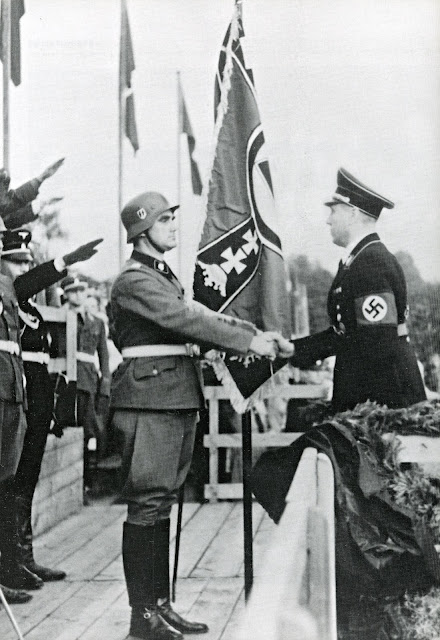 Gauleiter Forster, presented the unit with its' company standard, which was received on the unit's behalf by SS-Obersturmbannführer Götze. 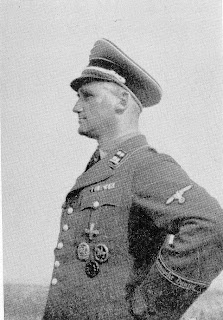 Hans Friedmann Götze was born in Rendsburg in Schleswig-Holstein. Between December 1937 to March 1938 he was employed as an instructor at the SS-Junkerschule Bad Tolz. Götze was the commander of the Danzig Home Defence. He received from Gauleiter Forster of on 18th August 1939 a standard for the “SS – Heimwehr Danzig”. In October he took the command of SS-Totenkopf-Infanterie-Regiment 3. Götze was killed during the French campaign in 1940, while leading a battalion from his regiment SSTK/I. R. 3, to rescue SS-Obersturmbannführer Heinz Bertling and was hit by a British sniper just outside Le Paradis.

Fakes of the Honour of the SS-Heimwehr Danzig.