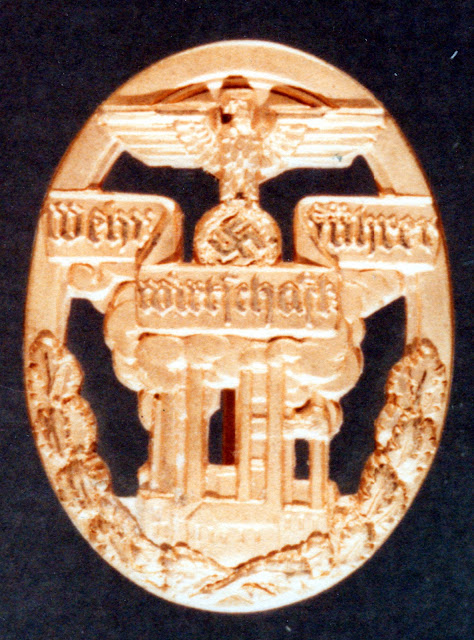 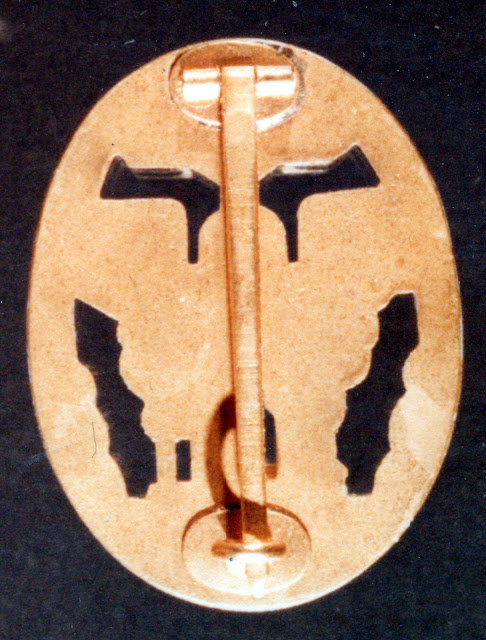 This award took the form of an oval badge which measured 46 mm high and 35 mm wide. It had the outer edge with an indented inner line which measured 4 mm wide. The lower half of the oval was an open oak leaf wreath with two oak leaves with their stalks crossed. From these on either side are five bunches of three oak leaves. The badge at the top has the national emblem surmounting a banner in three folds bearing the inscription Wehr – Wirtschaft – Führer. Immediately below this is a factory complex belching smoke.

The reverse is plain with a vertical hinge pin and hook. The hinge and hook are held to the badge by an oval plate. The badge was constructed from aluminium and was gilded with the leading edges of the Eagles wing and the inscription being burnished. The badge was manufactured by the Firm, C. E. Juncker of Berlin S.W.68.

There is a second version that is of the same design, but measured 42 mm high and 33 mm wide. The reverse is plain with a vertical hinge pin and C shaped hook. The hinge and hook are held to the badge without an oval plate. The badge was constructed from tombak and was gilded with the leading edges of the Eagles wing and the inscription not being burnished. 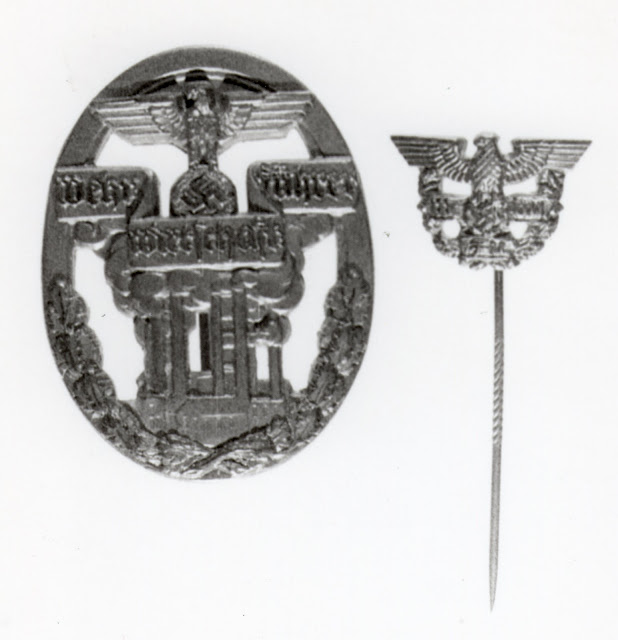 On 31st January 1938, Goring set up a Council for Defence Economy. Its members were chosen from the leading industrialists in . each member had the title “Defence Economy Leader”. The Council was charged with the responsibility of preparing and carrying out mobilization of the armenent industry and directing it in time of war. But before an industrialist could receive either the title or the badge, he had to submit a “declaration of political attitude” couched in the following terms, “I herewith declare I stand by the National Socialist concept of state without reservation and that I have not acted in any way against the interests of the people” proving this was a political as well as an industrial award.

The golden badge for Defence Economy Leaders was instituted in March 1939 to recognise the members of the Council and to single out industrial leaders above middle management level who contributed significantly to the furtherance of industrial management. Recommendation for the award had to come from the Kreis in which the proposed recipient worked and had to be approved by the Oberkommando der Wehrmacht. 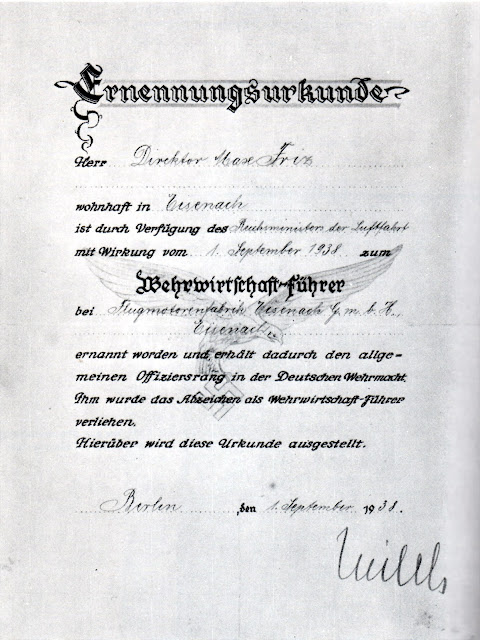 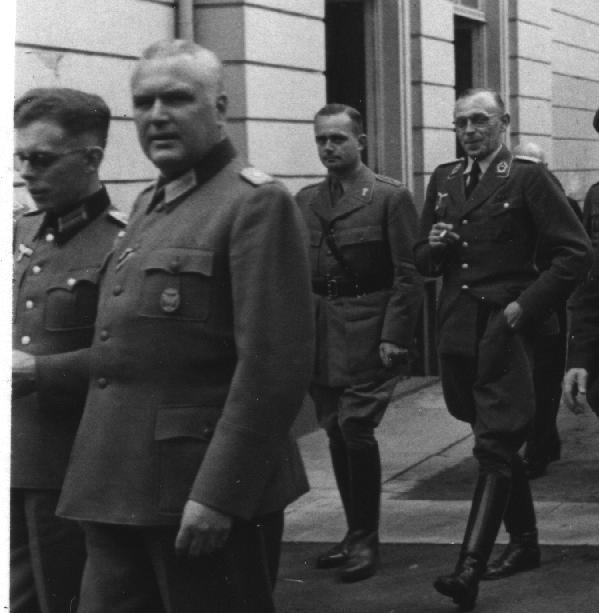 A badge in wear at a conference in France  mid war. 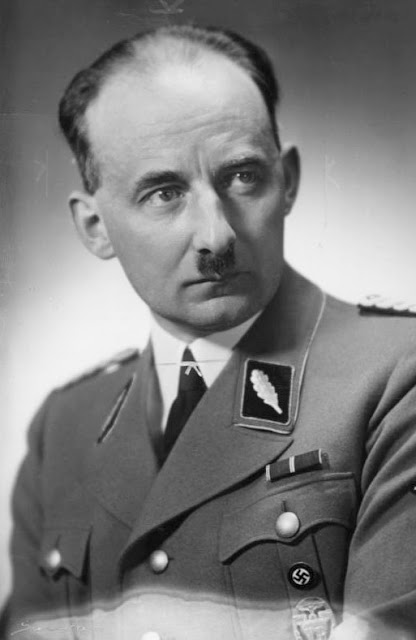 Posted by Christopher Ailsby at 09:51