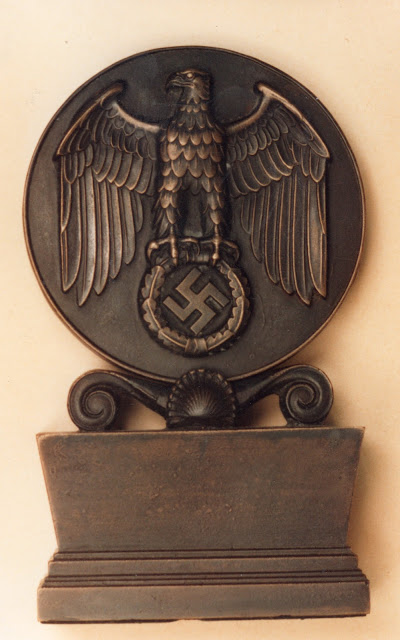 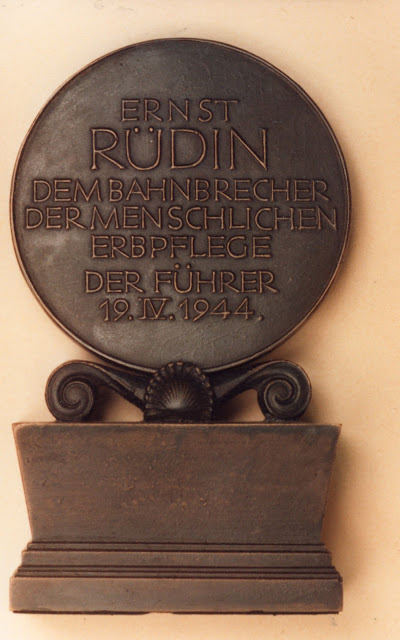 This award consists of a round bronze medallion that measures 116 mm in diameter.  This rests on a scroll with a shell central finial that, in turn, sits on a plinth which is also constructed of bronze.  The medallion has a small pin at the bottom that fits into a hole in the scroll and acts as a securing piece for the award.  The obverse of the medallion has a small raised edge line and a flat field that has a large eagle clutching an oak leaf wreath, with a swastika within it.

The reverse is interesting in the fact that the recipient's name and exploit, along with the date of award, is cast with the medallion, usually in seven lines and executed in raised, capital letters, thus every medal is unique.  The obverse and reverse of the plinth are identical.  This has a flat upper portion that has a lower, ribbed frieze.  The shield was designed by H. Noack of .

The shield was presented in a hard hinged case.  The lid has a silk liner and the lower compartment is velvet that is recessed to take the medallion and plinth together.

Known recipients of the award were Richard Strauss on 11th June 1934 on the occasion of his seventieth birthday, Dr. Erwin Guido Kolbenheyer for his participation in the fields of art, science and literature, Heinrich Schnee on 4th February 1941 for his colonial work and Ernst Rüdin on 19th April 1944.

The stick pin was a 9 mm replica of the shield. It could be worn on the Civil or evening dress.

Posted by Christopher Ailsby at 07:27