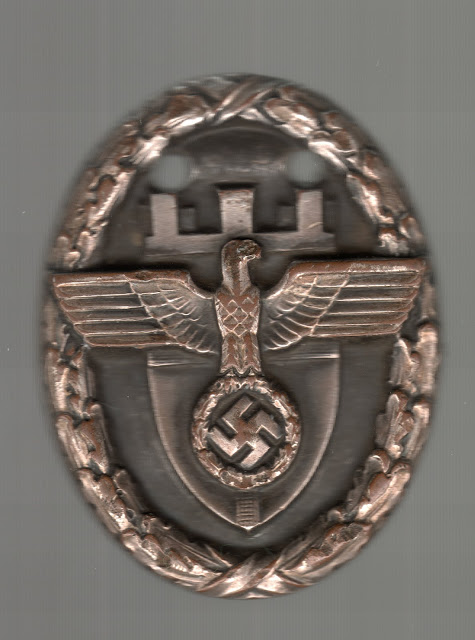 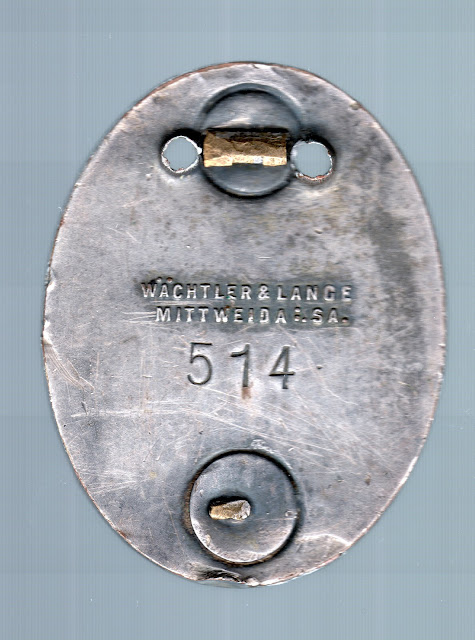 This oval shaped badge measures 50mm high by 38.5mm wide and comprises of a design that has a raised oak leaf wreath with crossed ties at the base and apex. There are nine bunches of two oak leaves on either side. The inside of the wreath has a fine line and a recessed field on to which is superimposed the shield of . This has a pointed base and three parts of the battlements superimposed over the outline of others in the background. Beneath this and over the shield, is the national emblem of the eagle and swastika. The wings of the eagle are superimposed over the oak leaf wreath. The national emblem measures 36mm by 25mm.

The reverse of the badge is flat with two recessed circles, one at the top and one at the bottom. Into these are positioned round plates that secure the hinge and hook. There is a flat needle pin. Across the badge in two lines of small, raised capital letters, is the manufacturer's name, 'WÄCHTLER &. LANGE, MITTWEIDA 1. SA.'. beneth this is stamped the issue number. The colour of the badge is silver that has been artificially patinated with an old silver smoked effect. The badge was designed by Gebrauchsgraphiker Birth and Professor Grun.

This badge was instituted in 1938 by the Gauleiter of East Prussia, Erich Koch, to recognise the tenth anniversary of the founding of the Gau and commemorate the tenth party assembly held in Königsberg and it was most probable that it was at this assembly that the badge was announced. It came in one class, silver, and approximately 1000 were authorised to be awarded. Precisely who would have been eligible is not fully understood. 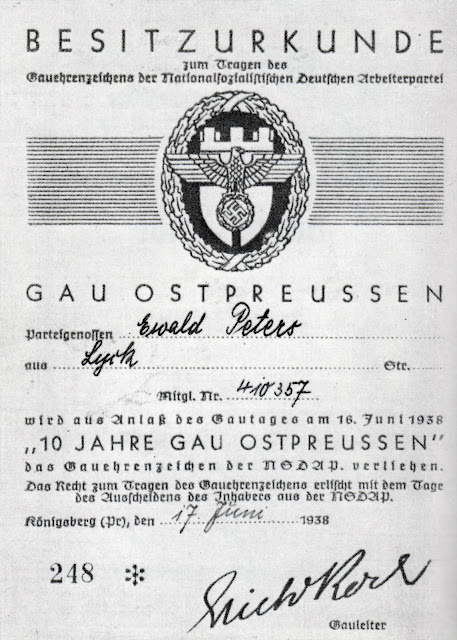 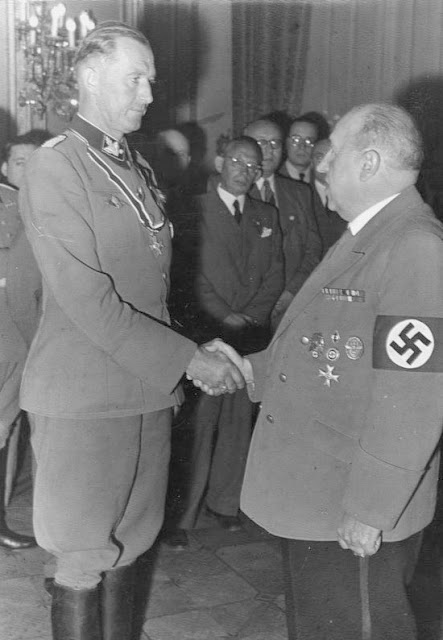 Fakes of the award. 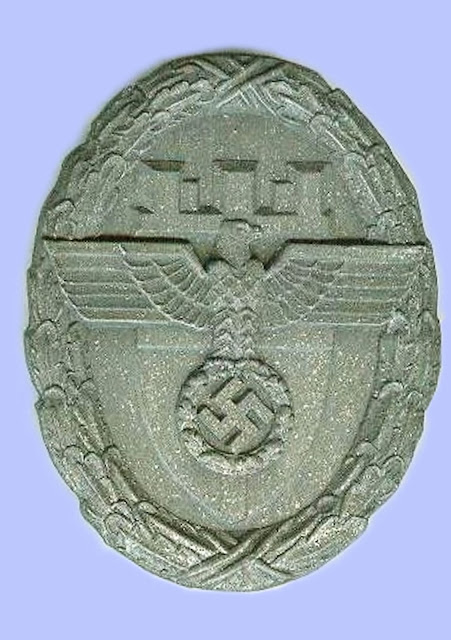 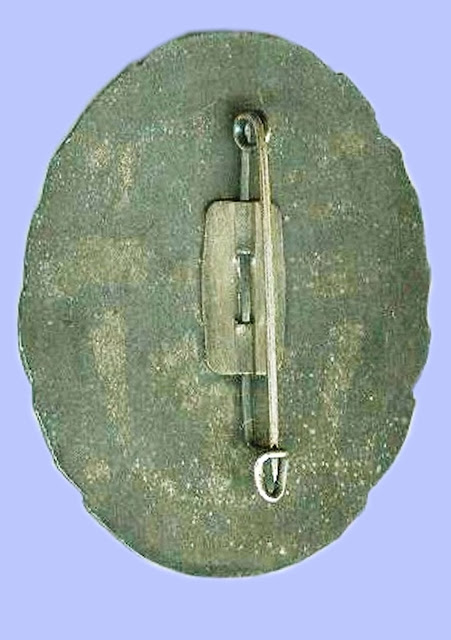 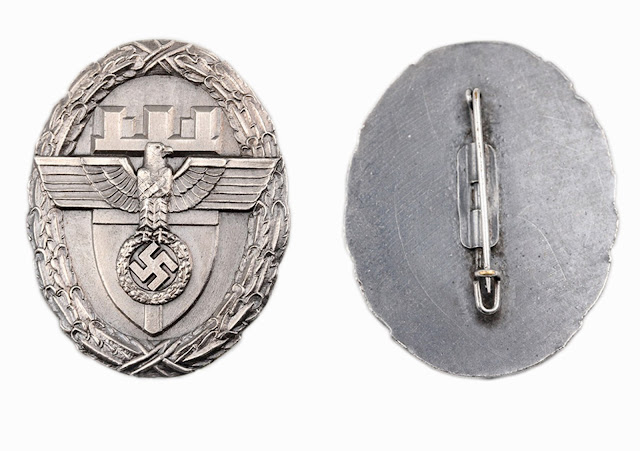 Similar Fake, but in a better metal. 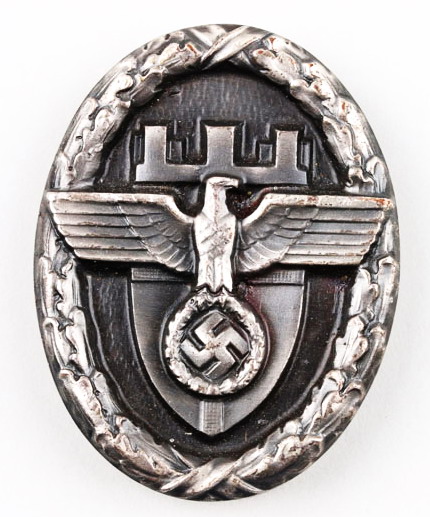 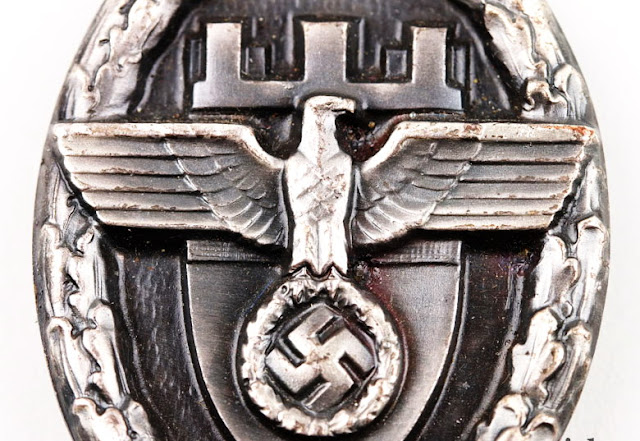 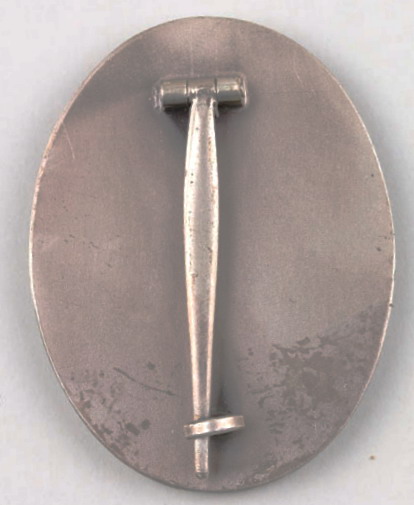 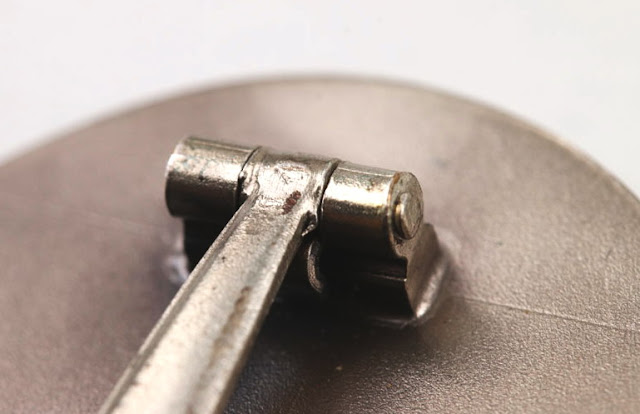 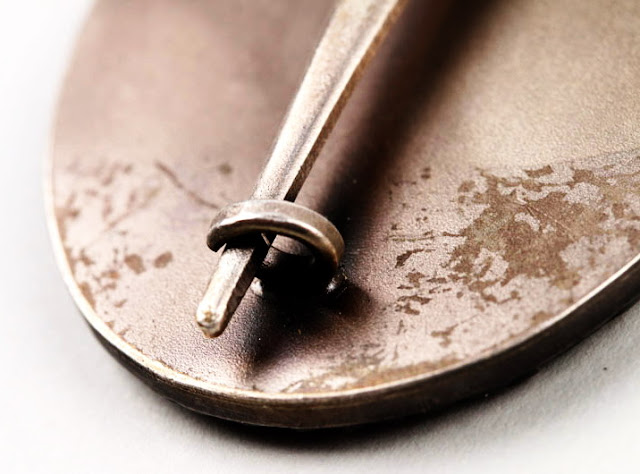 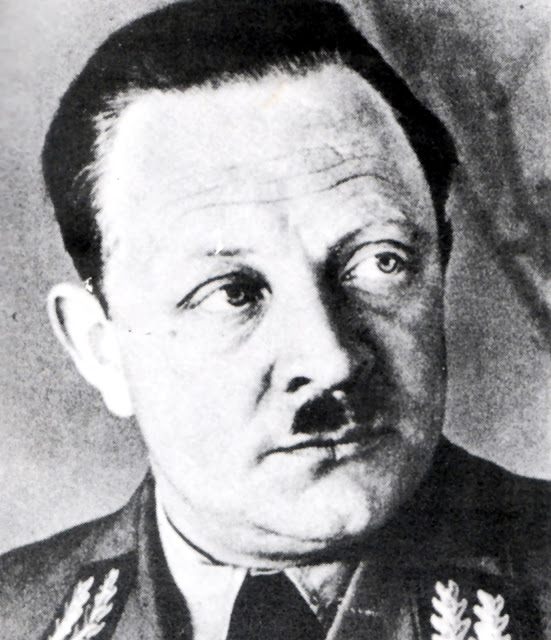 Kock was born in Elberfeld in the . He chose as a career the railway service but this was curtail by his military service in 1915. He joined the Nazi party in 1922 and took part in the resistance movement against the French in the . A fellow fighter with Albert Leo Schlageter, he was imprisoned during the occupation, dismissed from his job because of his political activities. By 1927 he was Deputy Gauleiter for the . The next year he was made Gauleiter of East Prussia, a post he held until the end of the war. In 1941 after a brief period as administrator of occupied , he was made Reich Commissar for the . Koch’s policies were so harsh that within a year he managed to create a pro Russian Ukraine. He stated in a speech at on 5th March 1943, “I will draw the very last out of this country. I did not come to spread bliss; we are the master race, which must remember that the lowliest German worker is racially and biologically a thousand times more valuable than the population here”.

Following the loss of the to the advancing Soviet forces, Koch went back to . Soon after the Soviet offensive of January 1945 had over run much of his district, he abandoned his post, commandeered an icebreaker and sailed for . He remained in hiding until May 1949 when he was arrested by the British in . Extradited in 1950 to , he was accused of complicity or responsibity in the gas chamber and concentration camp deaths of four million Russians, one hundred and sixty thousand Jews and seventy two thousand Poles. He spent nearly ten years in prison and was eventually tried for war crimes. A broken, old man emaciated and coughing, Koch defended himself by declaring that the Polish Communists were guilty of much worse crimes than he was charged with. His long impassioned harangues to a court whose authority he denied were not successful. Koch was pulled to his feet to hear a double verdict. The Judge ordered him to pay one symbolic zloty to a Polish Jew named Hersz Pianko whose entire family of sixty three persons was wiped out under Koch’s brutal administration. The second verdict, death. The sentence was later commuted to life imprisonment for the reason of ill health.

Posted by Christopher Ailsby at 11:17