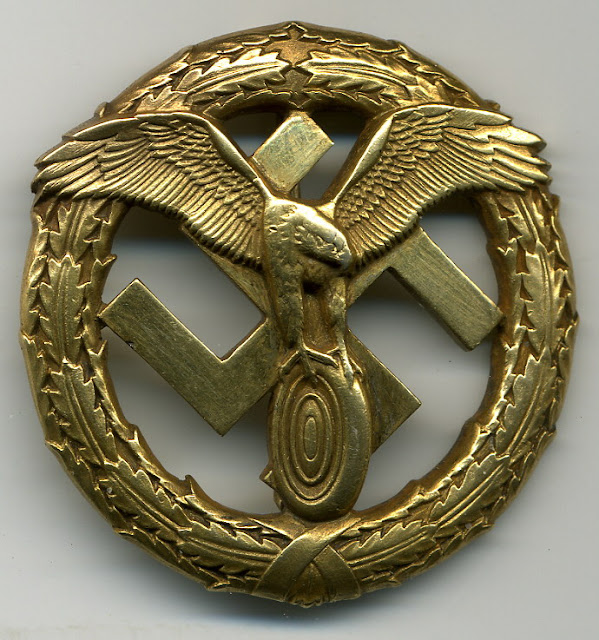 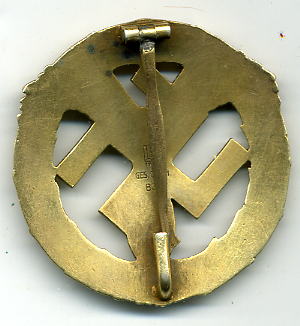 This award took the form of a circle that measured 48 mm in diameter. Onto this, which forms the support, is a wreath comprised of oak leaves. Onto the top on either side are seven oak leaves which touch tip on toe. The inner and outer edge of the circle, which measures 7 mm across have a further line of oak leaves 8 on the outer edge and 7 on the inner. The base has a ribbon tie. In the centre of the badge is a swastika, the arms of which measure 4 mm across. Superimposed on to the swastika is a flying eagle clutching a motor wheel.

The reverse of the badge was slightly concaved. It had a hinge, bellied pin and distinctive safety pin catch. At the centre it bore the manufacturer’s logo, a capital L and N formed into a square with the date 1790 beneath. It also had a patent designation for design, Ges Gesh, and the silver content designation .800. All were stamped into the reverse.

The badge was designed by Paul Casberg and produced by one manufacturer only, Christian L. Lauer in Nürnberg – Fürth. It was to be worn on the lower left breast and could be worn on the Party or any other Paramilitary or Civil uniform as well as Military uniform of any branch of service. The badge was presented in a black case together with a citation. 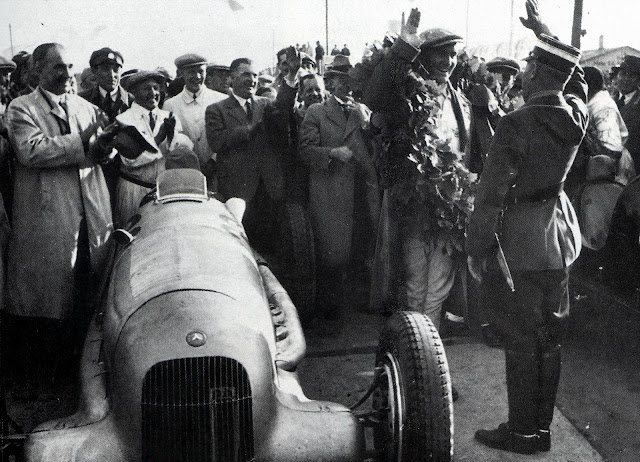 The German Motor Sport badge was instituted on the 18th February 1938 by Adolf Hitler. It was to be awarded to German men who had successfully engaged in National and International driving completions. The initial criteria were rather vague, indicating that award was to be given to those who broke speed records, won endurance completions and other like events. However on 1st November 1938 NSKK – Korpsführer Hühnlein established a more defined criteria for award based on a points system. Points could be amassed during the course of a completion year, with awards as follows;

Awards were made annually.

The first presentation of the awards was made on 18th February 1939, the anniversary of the institution of the award. On this date awards were presented for the completion year 1938, together with the retrospective awards for 1933 to1938.

The awards for the Completion year 1938 were; 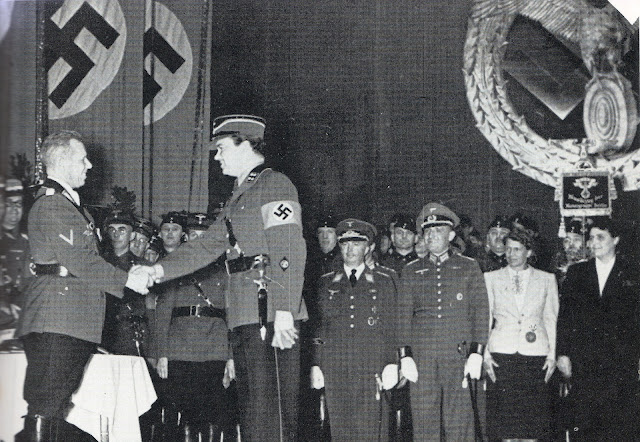 NSKK – Korpsführer Adolf Hühnlein awards the German Motor Sports badge for the first time on 18th February 1939 in Berlin. Presentation of the 1st class award in gold was made to Staffelführer Rudolf Caracciola. 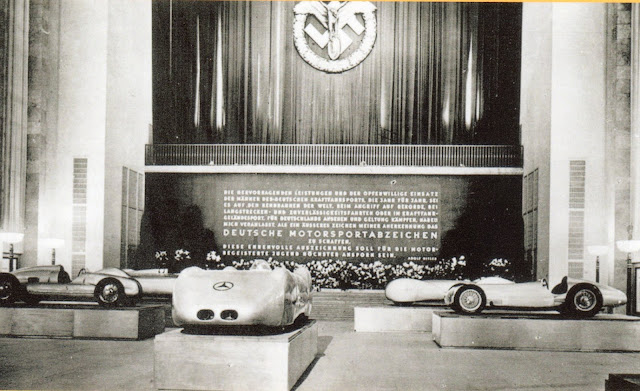 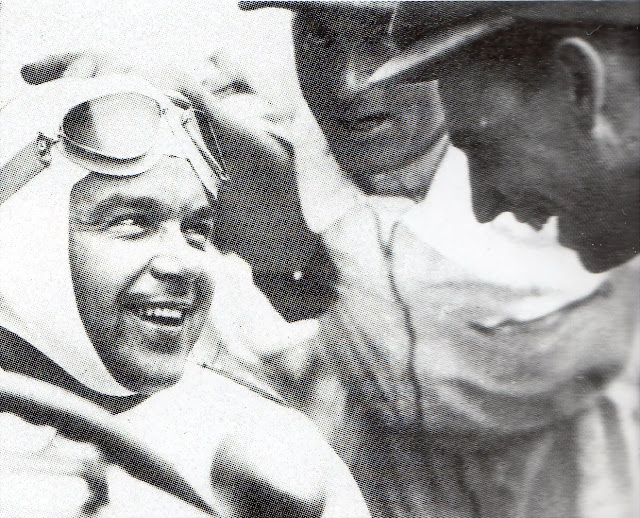 The total number of awards bestowed from the date of institution including the retrospective awards is believed to be as follows: 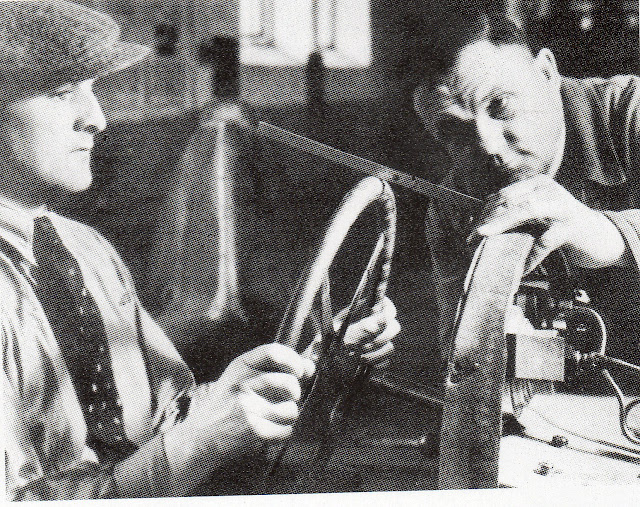 They have racing in their blood - Hermann Lang. 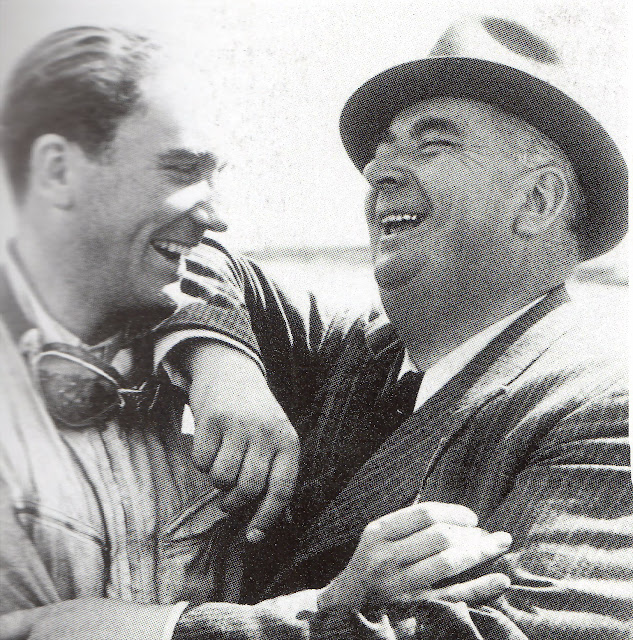 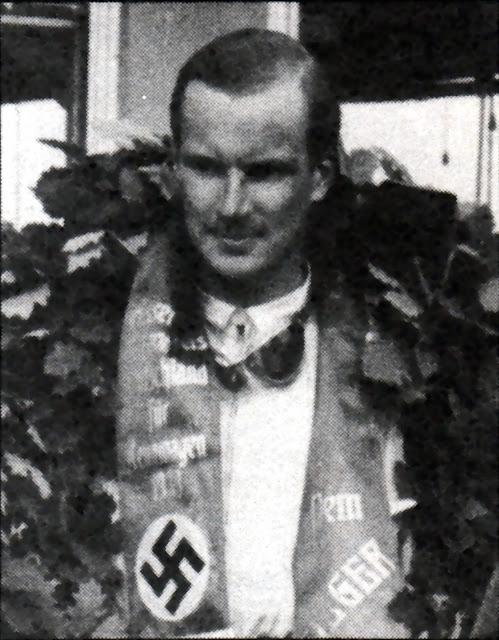 Dick Seaman - victorious in Germany in 1938. 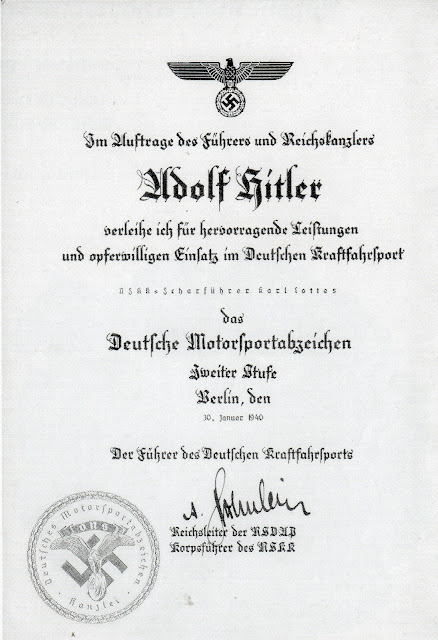 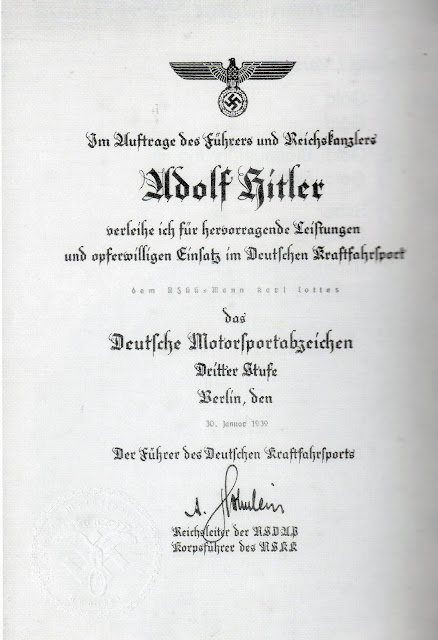 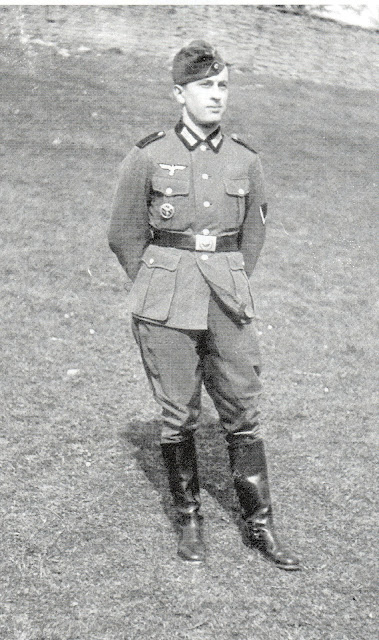 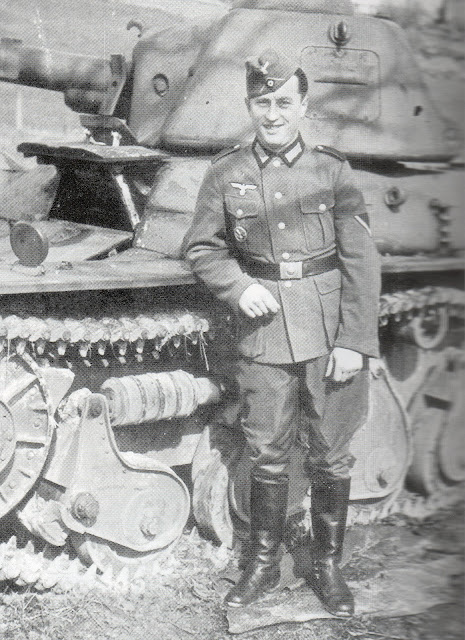 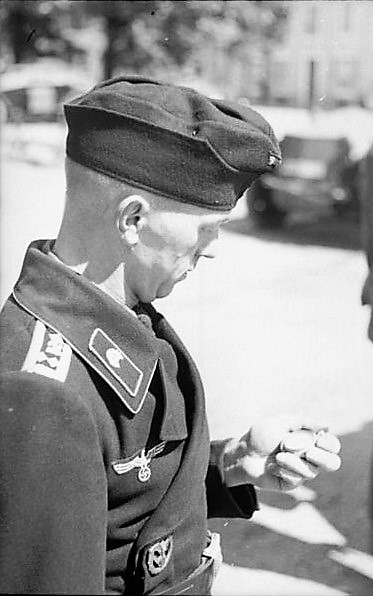 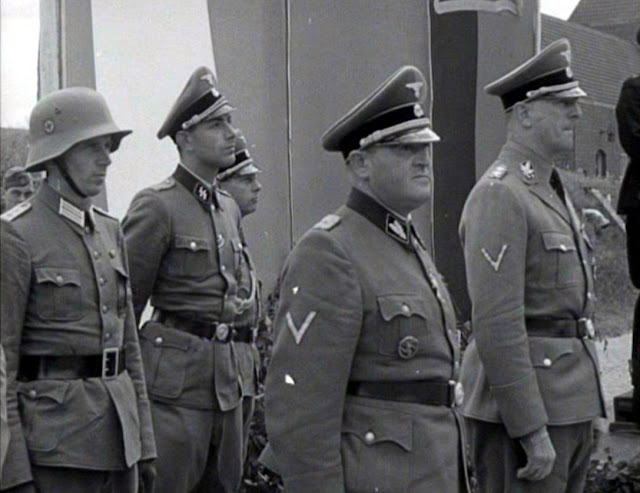 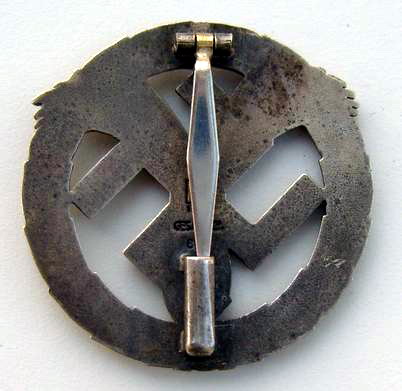 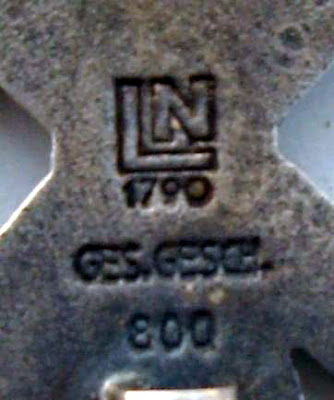 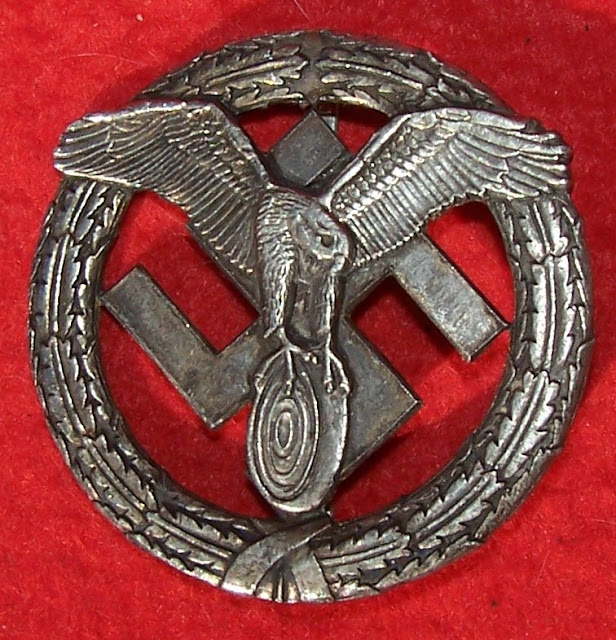 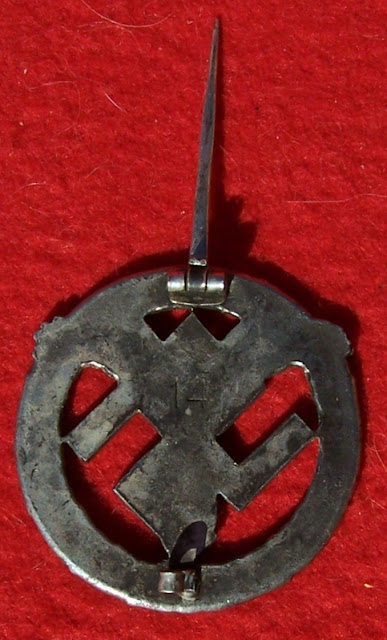 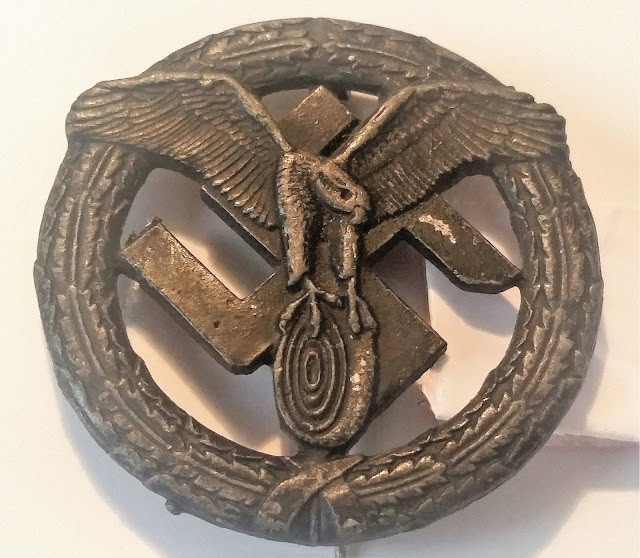 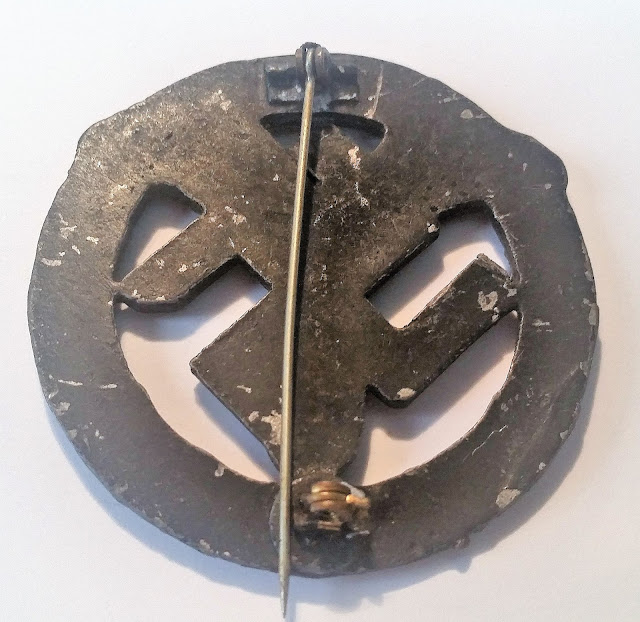 Posted by Christopher Ailsby at 07:24