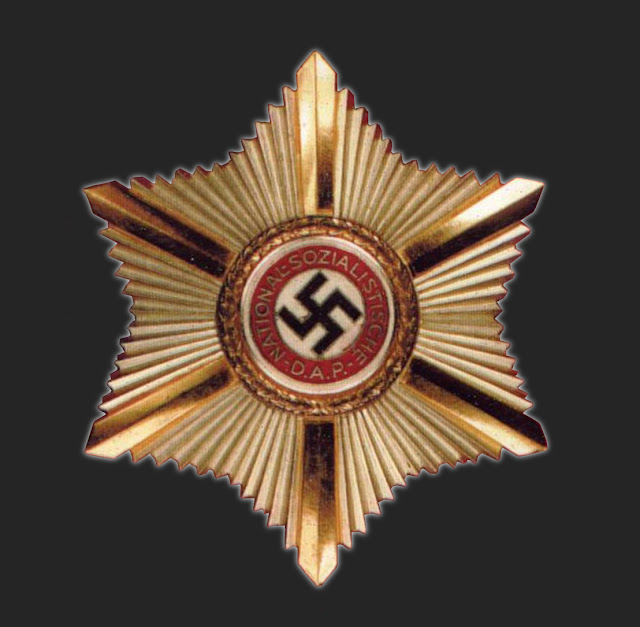 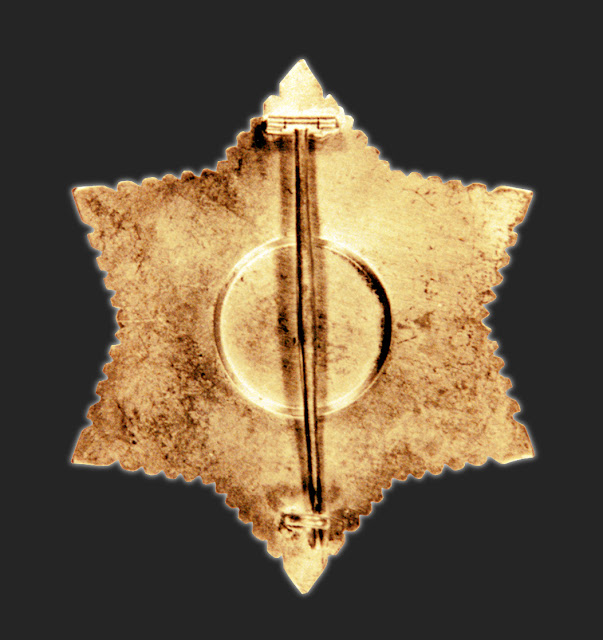 This award comprises of a six pointed star that measures 82 mm in height. At the centre is a large Golden Party badge. Each of the six rays slightly widen from this to the edge were they are finished in a 45 degree point. Each is mirror polished with a raised central spine. Between each of these are a further ten rays again with raised a raised central spine. These reduce in length to the centre. The star is gilded.

The reverse is plain and slightly dished with at the centre a round recessed dish, this is thus to raise the Golden Party Badge on the obverse. It has a small hinge slim tapered pin and C form hook.

This award was introduced with the reorganising of the Party Awards. It was to follow the Golden Party Bade and Silver Party Badge. There has been no recorded instance of this being awarded.

Posted by Christopher Ailsby at 09:28