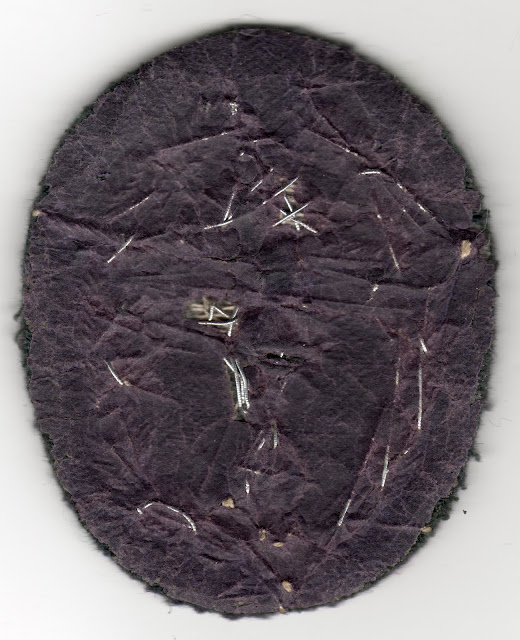 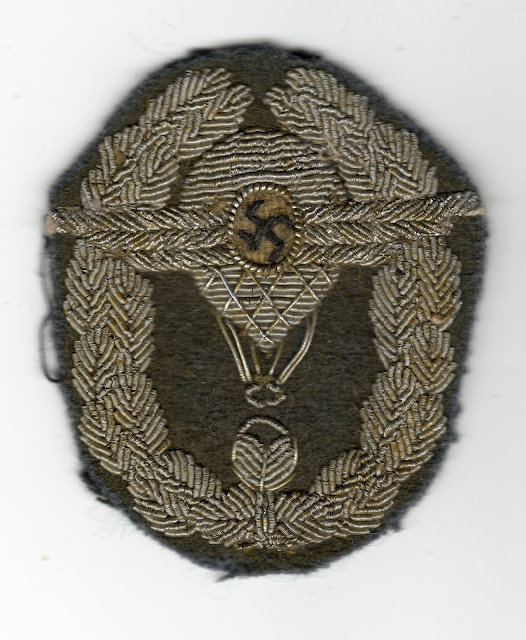 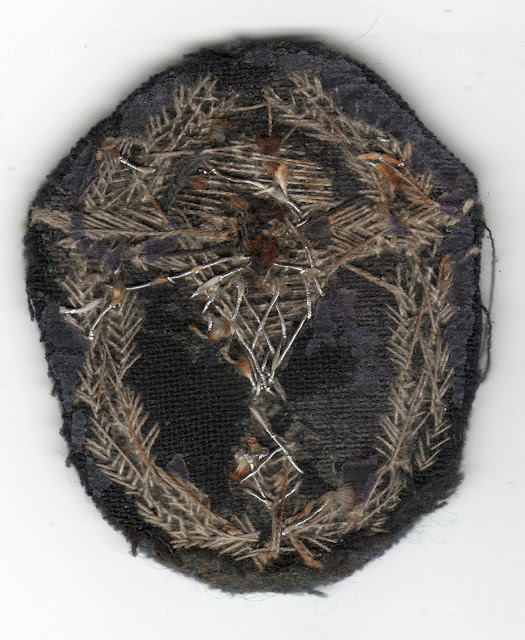 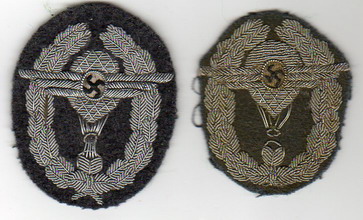 A variation together with the normal type.

This award consists of an oval blue-grey Melton patch that measures 70 mm by 56 mm and on to which is embroidered, in dull silver bullion wire, an oak leaf wreath that has two single leaves with a tie at the base and six bunches of two leaves on either side that meet at the apex with a small gap.  This wreath measures 10 mm.  At the centre of the wreath is a hot air balloon with a gondola basket that just touches the inside of the wreath at the base.  Across the balloon and breaking the outer line of the wreath, are the DLV pilot’s wings. These consist of three lines of fetching, at the centre of which they have a circle which has a black embroidered swastika on a white background. Each line of fetching has embroidered stitching that runs at a 45% angle. On the upper line, to the viewers left, in a left hand direction. The middle row is to the right and the lower is to the left. The right hand side is embroidered in the opposite configuration. 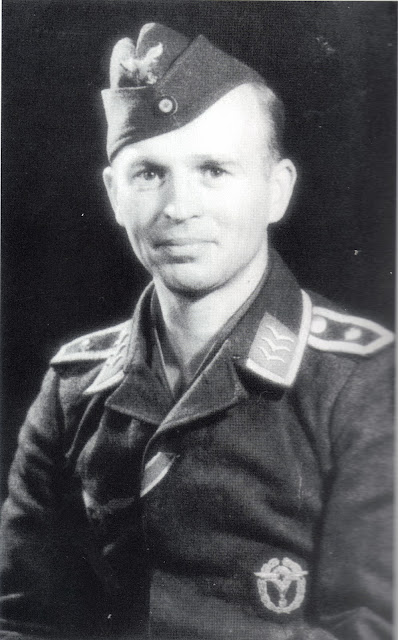 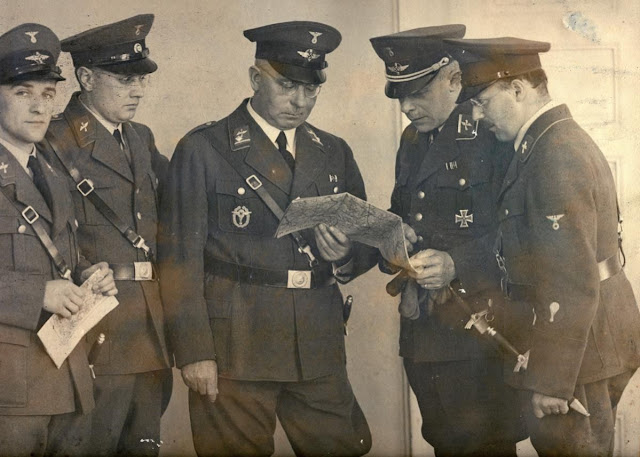 This award was introduced in 1933 as the DLV badge for free balloon pilots.  On 5 March 1935 Hitler issued a decree, which officially established the new Luftwaffe.  He also authorised the founding of an organisation that would foster an air minded generation of Germans and encourage aviation sport.  This decree resulted in the transformation of the Deutscher Luftsport-Verband (DLV), into the politically regimented NSFK on 7 April 1937.  Thus, this award was used as the NSFK Badge for Free Balloon Pilots by NSFK-Korpsführer General der Flieger Christiansen and was awarded to licensed hot air balloon pilots until 10 March 1938 when it was superseded.  It was worn in both guises, sewn on to the left breast pocket of the relevant uniform. 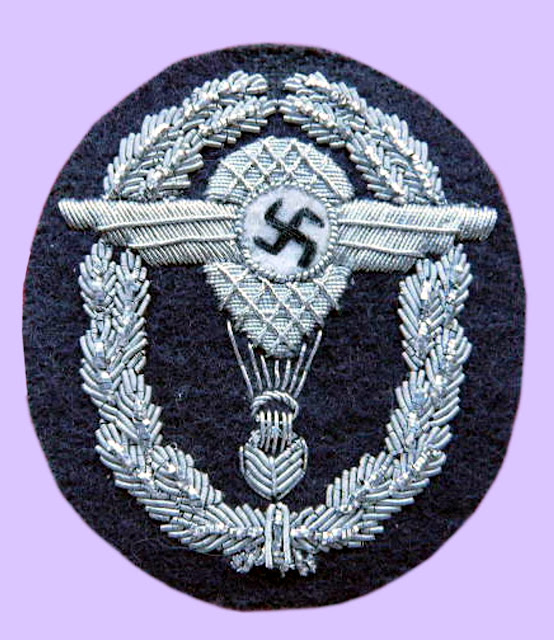 Posted by Christopher Ailsby at 11:19